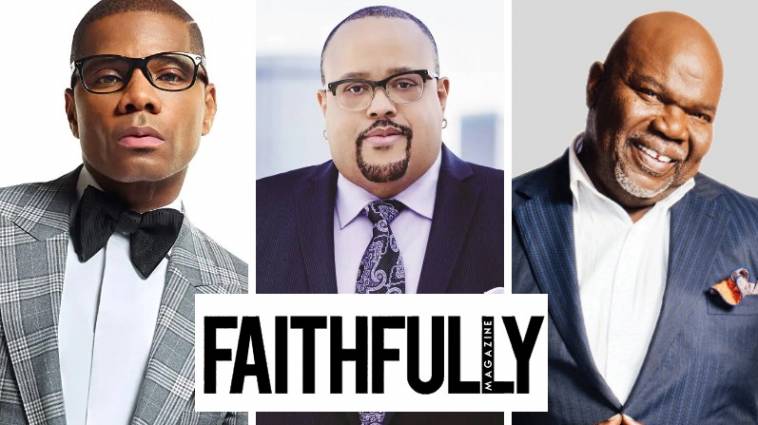 Gospel greats Kirk Franklin and Fred Hammond will be joined by prominent megachurch pastor Bishop T.D. Jakes for a Verzuz special Sunday edition themed “The Healing” on May 31, 2020.

Verzuz, founded by music producers Swizz Beatz and Timbaland, made the announcement via its social media channels Thursday.

“Join @KirkFranklin, @RealFredHammond, and @BishopJakes for this Sunday’s special edition of #VERZUZ – THE HEALING,” read the announcement on Twitter.

The tweet added “everyone needs a hug” and that “this one will be special.” It was also mentioned that Keedron Bryant would be singing. Bryant is a 12-year-old gospel artist who competed on “Little Big Shots,” a talent competition that airs on NBC.

“The Healing” Verzuz event was scheduled to start on Instagram Live at 5 p.m. EST. Those who have enjoyed the popular Verzuz competitions will undoubtedly schedule reminders to tune in.

Past Verzuz battles, which are always friendly, have featured rap, R&B, and reggae artists, including Nelly, Babyface, Jill Scott, and Beenie Man. The livestream events not only give fans from around the world the chance to enjoy popular music, but also provides a bit of humor, particularly when participating artists appear unprepared or challenged by technology.

“The Healing” event will be the first Verzuz battle with a gospel focus. Unlike previous battles, this one will have a decidedly more somber tone.

Join @KirkFranklin, @RealFredHammond, and @BishopJakes for this Sunday’s special edition of #VERZUZ – THE HEALING 🙏🏽 Everyone needs a hug 🙏🏽 this one will be special 🙏🏽

“The Healing” event comes amid mass protests over the killing of George Floyd in Minneapolis, Minnesota. Floyd, a 46-year-old believer, was apparently choked to death by a White police officer who knelt on his neck for several minutes during his May 25 arrest. His tragic murder was captured on video by eyewitnesses who watched as the Black man went from pleading for his life to falling unconscious.

Bryant caught media attention Thursday after he released a 50-second clip of what has become a protest song for some. In the video, Bryant sings: “I’m a young Black man doing all that I can to stand. Oh but when I look around and I see what’s being done to my kind everyday. I’m being hunted as prey. My people don’t want no trouble, we’ve had enough struggle. I just wanna live. God protect me. I just wanna live. I just wanna live.”