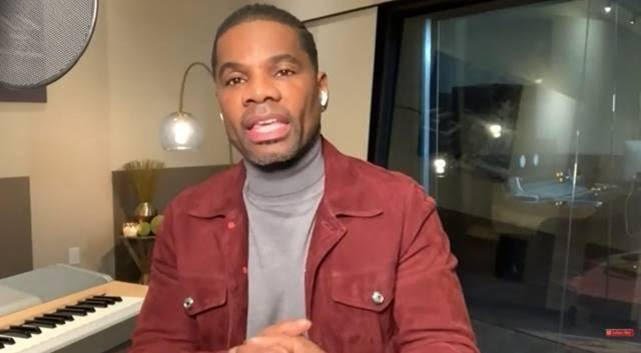 Kirk Franklin, prompted by a question about Paula White’s “angels from Africa” prayer, took issue with the gospel being politicized during an appearance on SiriusXM’s “The Clay Cane Show.”

White is a pastor and former head of disgraced impeached ex-President Donald Trump’s evangelical advisory board. As the nation awaited final results of the presidential election in November, White held a live-streamed prayer service. The Florida minister was seen on video calling on “angels from Africa” to presumably help determine votes for Trump. White was mercilessly mocked on the internet for her prayer in which she also called on angels from South America.

In response to her controversial prayer, Franklin reminded SiriusXM Urban View host Clay Cane, the gospel music veteran had told his online followers that “angels are spiritual, they’re not geographical.”

Franklin explained during his appearance on the SiriusXM show on Tuesday that he doesn’t believe the Christian message should be used for politics.

Franklin went on to give an example of a major issue facing the church.

“If every church in America during the 19th and 20th century—well, over the last 400 years—would have acknowledged that racism was a sin and that slavery was a sin, slavery could have never existed in America,” Franklin said. “Just a biblio-centric fact that slavery and racism are sins.”

The award-winning artist went on to insist that if all churches had held to that single message and affirmed as one body the “biblical truth that slavery and racism” are sins, Africans would not have been victimized for hundreds of years by the Trans-Atlantic Slave Trade in the U.S.

“So we have to stop majoring in the areas that God says that we minor in,” Franklin added. “The majors are the areas of our heart that need to change. The lack of compassion and empathy for our brothers and sisters does not reflect what God is, and who He is, and the messages that His Son taught to us… So compassion, empathy, servanthood and that other center, that my faith should make me concerned about your wellbeing, and not just mine.”

Franklin was also asked to comment on previous statements he made in 2015 when he personally apologized to the gay community for “homophobia” in the Black church.

“What is very important to understand is that the pulpit is not a bullying place, and that we have to also understand that no group of people are monolithic…. All black people do not think the same, do not process the same. Not all LGBTQIA+ people all think and process the same,” Franklin said.

Franklin went on to insist that Christians should “not weaponize the Bible to cover up, a lot of times, our homophobic views that have nothing to do with the Bible.”

“A lot of people that maybe profess Christianity, they have views that are not even biblio-centric. It’s their personal views that they do not understand, sometimes maybe the biology of homosexuality, and so they want to find a scripture to try to justify their own homophobic views. So if you’re going to have that energy toward that gay brother and sister, you gotta have that same energy to the heterosexual organist that’s got four and five kids with some of the choir members in the church. You gotta have that same energy,” the artist added.

“You can’t abuse people from a platform. Because that ain’t love, that’s not the gospel to take a microphone and weaponize it to hurt people and to condemn people. That we are to do life with people, we are to walk out the scriptures of life with people with truth and love. Because where there is no love, there can never be any truth.”

Franklin went on to address his issues with how some people interpret the Bible and aspects of his new “Good Words” podcast and other projects, including a future biopic.