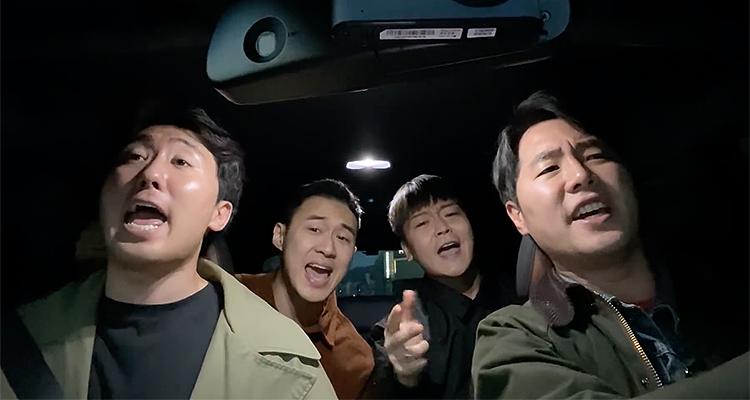 Korean Soul, the Korean quartet that has taken the internet by storm with their stirring renditions of beloved gospel songs, has revealed that they will be performing on the new season of NBC’s popular “America’s Got Talent” show.

“We auditioned for this season of America’s Got Talent!! We can’t say any spoilers but make sure to tune in June 1st to watch our performance,” the group had revealed on their Instagram account.

It turns out, as a later post clarified, fans will actually be able to watch Korean Soul audition for “AGT” the following week, on June 8.

With more than a quarter million followers online, Korean Soul — comprised of Sooyong Yoon, Shyun Lee, Jifan Lee, and Young J — hit a new level of popularity after hooking up with BeBe Winans in 2018 for a recording.

The award-winning gospel/R&B legend invited the four soulful men from Korea to sing with him on “Laughter (Just Like A Medicine),” the debut track from “Need You,” the first solo album he had released in six years.

Winan’s song and video (shot in Seoul, Korea) served as an introduction of sorts for the gospel quartet. Winans first became aware of Korean Soul when another gospel legend, Donald Lawrence, sent him one of their popular Instagram videos.

“I was blown away,” Winans told Billboard magazine at the time. “Initially Boyz II Men were going to be on the song [“Laughter”], but our schedules just wouldn’t allow it. Then one day it hit me: ‘What about the guys from Korea?’ We connected and agreed to partner in a production deal.”

Individual videos of Korean Soul — performing in a car, while out for a stroll, or in a studio — have amassed hundreds of thousands of views, such as their cover of Lee Williams’ “Jesus Will Fix It (Trouble In My Way).” The video has nearly 700,000 views.

While some might be surprised to see such a soulful gospel group hailing from Korea, ethnomusicologist Dr. Bo kyung Blenda Im says the tradition of Koreans borrowing from Black gospel is rare, but not new.

“The Korean Christian music scene is highly influenced by the [W]hite American branch of the Christian music industry, so Korean Soul could be understood as an exception to the [W]hite sonic norm,” said Im, whose work centers on popular culture and religion in Korea and the Korean diaspora.

“Having said that, there is a Korean tradition of African-American gospel music performance and adaptation (some might call it appropriation) that dates back to the late 1990s,” she added in an email to Faithfully Magazine. Im, who has lectured at Yale University’s Institute of Sacred Music, writes more about the subject in her forthcoming book, Transpacific Belonging: Race, Music, and Faith in Seoul.

Korean Soul’s star has steadily been rising since the group’s stateside debut with Winans. The veteran recording artist took the group under his wings, as they have reportedly taken up residence in Nashville, Tennessee. In addition to their professional partnership with “Uncle BeBe,” members of Korean Soul can be seen rubbing shoulders or in the studio with gospel icons such as Shirley Caesar, Kierra Sheard, Fred Hammond, and others in photos they’ve shared online.

After their performance on “America’s Got Talent” on Tuesday, June 8, Korean Soul’s star will likely rise even higher.

Update: Korean Soul singing a cover of “All My Life” on “America’s Got Talent” 2021