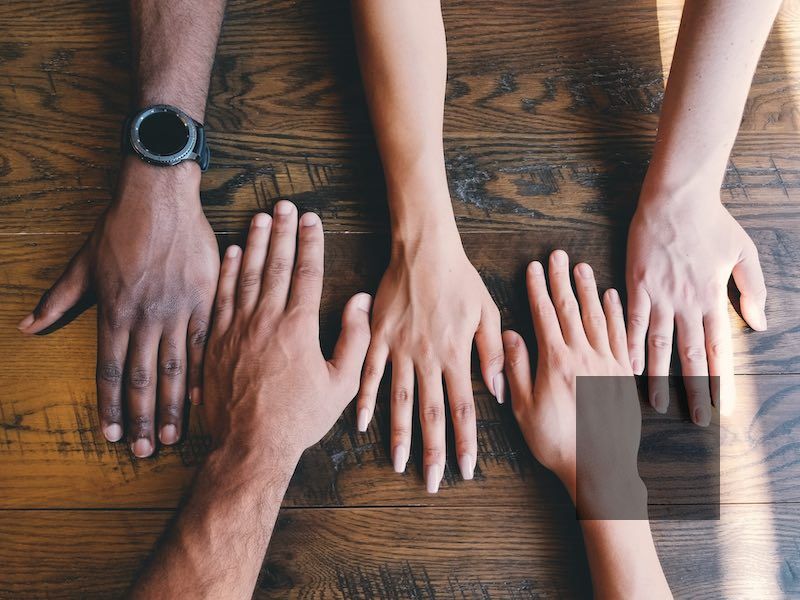 When Korie Little Edwards first started attending a multiracial church in Ohio, she was optimistic.

“I went into it betting that this will be a place where we’re going to really see people able to live out the gospel together,” she said.

But as time went on, she began to see — through both personal experience and the data she uncovered as a sociologist — how multiracial churches don’t necessarily accomplish the goals they set out for themselves. 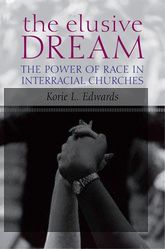 In her book, The Elusive Dream: The Power of Race in Interracial Churches, she argued that people of color are often asked to set aside their preferences and settle for visible roles that are not substantive leadership positions.

“Being diverse doesn’t mean that White people are not going to still be in charge and run things,” she said to NPR.

She has continued her research on multiracial congregations in the Religious Leadership and Diversity Project, now turning her focus to pastors, investigating their efforts to maintain unity and diversity in America’s multiracial churches.

Little Edwards is an associate professor at The Ohio State University. She earned her Ph.D. from the University of Illinois at Chicago.

She spoke with Faith & Leadership’s Chris Karnadi about her ongoing work and how churches, both multiracial and not, can begin to decenter whiteness and seek equity. The following is an edited transcript.

Tell me about the Religious Leadership and Diversity Project and what you’re learning.

The Religious Leadership and Diversity Project is a national multimethod study of pastors of multiracial churches. It is focused on Christian pastors, head pastors in particular, and aims to understand how they go about leading and guiding and developing multiracial churches.

It’s the most comprehensive study of pastors of multiracial churches ever done. It has a diversity of pastors in the sample. We have mainline pastors and Catholic priests as well as conservative Protestant pastors. We have some women, about 10% of the 123 pastors who were interviewed. All the women were pastors in mainline denominations.

About 40% of the participants are people of color. There are a variety of different church sizes, from very small to megachurches. The study was done in 12 cities across the country.

We really wanted to capture potential regional differences, but there are also different types of diversity depending on what part of the country you’re in — so more heavily Asian on the West Coast, more Latinos in the South and West, and Blacks in the South.

The reason I chose to really get into this research is that I was attending a multiracial church. Most of my life, I have been in predominantly homogeneous churches. I grew up in the Black church. Then when I was an adult and working as an engineer, I was looking for a church out in the suburbs and I went to a megachurch that was largely white. But there were just some things I began to see in that church.

On the one hand, they talked some about not being prejudiced and being inclusive, but they didn’t really do anything to change the systems that would impact the power structures in the church.

I ended up running into somebody I got to know a bit at the church, and he said, “I’m actually going to plant a church that’s multiracial down closer to the city.” So I went to check that out.

Eventually, my personal interest sort of transitioned into my scholarly work, and I ended up doing this multimethod study that did ethnography as well as used some survey data from the National Congregations Study. What I found is that while on the surface multiracial churches look really good — because they look diverse — people of color are not core and central to the church.

“I began to see that what appeared to be harmonious on the outside, at least on the surface — that there were some challenges. People of color weren’t able to be fully who they were, and they weren’t fully included in the culture and the power system of the church.”

There aren’t a lot of places in the country where people voluntarily come together across race. We basically live our lives out along racial lines, from where we live to the people we hang out with to usually the churches we go to, the people we marry. So on the surface, it looks pretty cool, because multiracial churches are able to be diverse.

People all come together. They’re friendly. They’re worshipping together.

But as I began to dig down deeper, I began to see that what appeared to be harmonious on the outside, at least on the surface — that there were some challenges. People of color weren’t able to be fully who they were, and they weren’t fully included in the culture and the power system of the church.

What I found in my book The Elusive Dream and other work I’ve done is that ultimately people of color move on. Black people, brown people and Asian people leave these places. They end up bearing the brunt of the burden to make this work, because they have to give up more to keep everybody together.

There are all kinds of ways in which people of color were giving up a lot to come and make this thing work. Simply just going to church together was work. That causes pain, and I think that’s something that’s overlooked. I learned that the people who were feeling pain were doing the hard work.

Then with the Religious Leadership and Diversity Project, the team and I focused on head clergy. We did that intentionally, because we wanted to talk to the people who were in charge. But the reality is we found that it’s very hard for pastors to do this work regardless of the race of the pastor, because we live in a society that’s highly racialized. It’s racially hierarchical, and it’s very racially segregated.

So it’s hard work to do this, and it’s because we have to recognize that we’re in a broader context. It’s not just the church; we live in a society with white supremacists, and that’s a context that the churches and the pastors have to deal with.

Have you found that burnout is higher for pastors of multicultural churches or multiracial churches, and especially for the pastors of color?

Pastoring is hard regardless of the composition of the church. There are a lot of demands on pastors. However, what I have argued and what the Religious Leadership and Diversity Project shows is that there is additional strain that pastors of multiracial churches have to experience as a result of the broader context in America, the racialized context, and then that goes to another level for the pastors of color of multiracial churches.

During some of these interviews, it would just be clear to me that this was such emotionally and spiritually draining work. There were times I’d be sitting in these interviews and my heart would break, because I could see the level of challenge in trying to create unity among people of different racial and ethnic backgrounds.

Do multiracial congregations help combat racism? Do they have a positive impact on their communities?

Not necessarily, no. Multiracial churches and their pastors are working so hard just to be multiracial that they don’t have the resources to do other stuff. There’s so much energy just to keep people in the pews — well, now the virtual pews. That’s one thing.

In fact, it’s more difficult in a space that’s diverse sometimes, because the diversity can almost work as a shield against dealing with the real issue, which is whiteness and white supremacy.

What my work has found — and I argue this in The Elusive Dream — is that multiracial churches work to the extent of white people being satisfied and happy. I didn’t expect this, actually, starting out my work. So that means multiracial churches are not necessarily a system that’s challenging white supremacy. It’s just reproducing the same thing in perhaps a kinder and gentler way.

What does a multiracial church that is dismantling white supremacy look like?

I think the very first thing is that people have to acknowledge their own investment in white supremacy personally. And then second, they have to ask how they might be perpetuating it in their church.

This is something that people of color have to do as well, because, as I also note in the book, people of color can reinforce whiteness even if they’re hurt by it. They may go along with a centered whiteness to just stay and maintain diversity, because they place such a high value on it.

Those are the first two steps that I would suggest to leaders of denominations, their pastors and their people who are interested in doing this work of creating a more just and equal space in their churches and societies.

Editor’s note: This article was first published by Faith & Leadership.