They Asked: Is It Lawful to Protest During Sunday Night Football?

They Asked: Is It Lawful to Protest During Sunday Night Football? 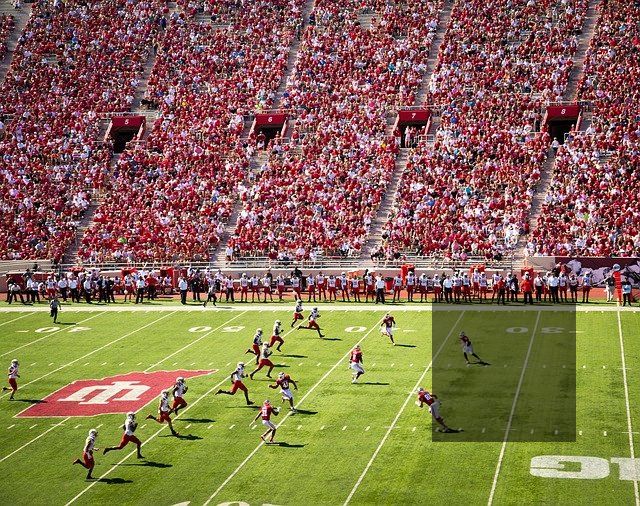 “You can run, but you can’t hide” seems to best encapsulate the lament of Joseph Curl, news and politics reporter for the Daily Wire, as the never-ending reach of partisan American politics latched itself right onto Sunday Night Football.

Not a single cleat had hit the turf before Week 3 of the NFL promised to be a newsmaker. Three teams refused to emerge from the locker room during the national anthem, with players by the dozens from other teams literally sitting the anthem out (or kneeling) right there on the sidelines.

While the scope of the protests across several NFL teams on the same day was noteworthy, the acts themselves were not, following a string of similar actions taken first by controversial football player Colin Kaepernick to protest police brutality.

More specific to yesterday, the protests were prompted by a barrage of tweets from President Trump that began with him dis-inviting Stephen Curry and his championship winning Golden State Warriors to the White House and metastasized into a screed against those who “disrespect” the flag by not standing during the national anthem.

Curl, in his subtly titled article “NFL Ruins Football Sunday,” invites us to contemplate a simpler time before Sunday evening football was infected with all this political nonsense.

“There was a time you young people out there,” Curl writes, “when Sunday was just Football Day.”

Yet, for those who know anything about American religious history, the sense of longing Curl seeks to invoke for good days gone by does not quite reach back far enough, at least not for this young person.

There was a time, Mr. Curl, when Sunday was just the Lord’s Day (just ask my 88-year-old Christian grandmother!).

However, beneath the surface of his mythical Good Old Days™ construction, Curl unfurls a thought worth pondering.

He sets the stage thusly: “America had worked all week, drank a little too much on Friday night, did the chores and mowed the lawn on Saturday, and was all set for a peaceful Sunday watching big men smash into each other.”

Erm. So far so good.

He continues, “Football Sunday brought the entire family together, as well as friends near and far and, sometimes, the whole neighborhood. Sadly, all that is gone. Now, there’s politics in everything.”

Imagine The People of America and Tom Brady going out on a date only to be interrupted by Uncle Sam’s traveling circus featuring a trained donkey and an elephant and I think you have caught Mr. Curl’s drift.

Of course, what matters practically is not whether the picture Curl paints is true to reality, but that he has tapped deep into the dreamy collective memory of many sport’s enthusiasts.

“I just want to watch the game in peace.”

“This was our time to enjoy.”

It makes you wonder just whose Sunday is it anyway?

Quarterback for the Pittsburgh Steelers Ben Roethlisberger explained that the abstention by his team was a display of unity in light of “all the issues going on.”

Curl, in contrast, argued that when the Jerseys are on, it is time to play football, not politics:

“Sports teams should have nixed any protest in the bud. Colin Kaepernick wants to protest against police brutality by refusing to stand during the National Anthem? Fired—with a simple message from the owners: You can do whatever you want on your time, but don’t bring it to the stadium.”

This brings us back to the question of who owns Sunday.

As a Christian writing to a mostly Christian audience, is it worth answering this question in the context of the Christian faith.

About the Jewish Sabbath, Jesus came under fire from some religious leaders contemporaneous to him for healing on this sacred day of rest.

We read in the Gospel of Matthew: “Looking for a reason to bring charges against Jesus, they asked him, ‘Is it lawful to heal on the Sabbath'” (12:10).

Jesus, not typically known for direct answers to his accusers, responds with unusual directness, retorting: “If any of you has a sheep and it falls into a pit on the Sabbath, will you not take hold of it and lift it out? How much more valuable is a person than a sheep! Therefore it is lawful to do good on the Sabbath” (12:11-12).

“Therefore it is lawful to do good on the Sabbath,” he says.

You cannot get much clearer than that.

Christ’s earliest followers came to understand Sunday as a kind of new Christian Sabbath (while still respecting traditional Jewish observances on Saturday), his resurrection on the “third day” promoting Sunday to the preeminent day of the week.

Understandably, this is why many Bible commentators see Sunday in the apostle John’s reference to the “Lord’s Day” in the Book of Revelation (1:10).

These earliest Jesus people, mostly Jews, took the spirit of Jesus’ teaching on the Saturday Sabbath (i.e., “it is lawful to do good” on it) and applied it to the Christian holy day, Sunday, to do good on it as on all other days of the week, in keeping with God’s will.

Sunday was a dynamic day of meeting, “breaking bread” (probably a reference to the Lord’s Supper), teaching, and taking up offering for those in need (Acts 20:7; 1 Corinthians 16:2).

The new members of this fledgling religion got what the seasoned Pharisees had missed.

The Pharisees opposing Jesus were so wrapped up in their own opinions about the Sabbath and who Jesus was, they stooped so low as to hammer their point on the very back of a brother in need.

They had nothing really to lose from this guy getting a new arm except that in doing so Jesus had flipped the script, placing them opposite the seat of power and in the same vulnerable position they had put others.

Which brings us back to Joseph Curl.

“Players like Kaepernick are forcing sports fans to ask whether they care about Black men only as far as they can run, tackle, and score—like animated sacks of meat built only for their viewing pleasure—or for the real people they are.”

You see, contrary to Curl, everything is political and always has been, especially for Black men and women (remember, we are here discussing this now because of a Black football player who first knelt to bring attention to the treatment of Black Americans by police).

Politics controlled who among us could speak and when and how and what exactly we could say without sanction.

The only thing that has changed over time is the script, which, relative to American football, has undergone some major flipping by individuals who are not impressed by Curl’s desire for a uneventful evening when there are real issues of which people need reminding.

Players like Kaepernick are forcing sports fans to ask whether they care about Black men only as far as they can run, tackle, and score—like animated sacks of meat built only for their viewing pleasure—or for the real people they are.

And just as the Pharisees stood to lose nothing of real value from Jesus’ work of healing on the Sabbath, neither does Curl from these protests.

Indeed, one stands to wonder what is at stake for him at all but a lazy Sunday evening relaxing?

Say what you will about President Trump, but at least his Twitter rants were a shot at addressing a moral issue on moral terms.

That is quite different from a grown man whining and crying because his night of mindless enjoyment was spoiled in the face of real people being affected by serious concerns of national injustice.

Sorry, folks, we interrupt your regularly scheduled programming to bring you an update from…real life.

What is more, in the end, Sunday belongs to Jesus.

He is the Lord and it is his day.

I am not saying the protests we are seeing on playing fields across America are uniquely or inherently Christian in nature (they are not) or that Christians should endorse them or that Jesus would even take a knee.

I will not make Christ a mascot for any political team or controversy.

However, I will say that such actions by Kaepernick and the many players who knelt, locked arms and sat in solidarity on Sunday against deeply-perceived wrongs in our country inch much closer to a vindication of the real meaning of Sunday, Christ’s victory over darkness, than the apathy of those who could not see past their precious TV program.

Editor’s note: A version of this column first appeared on Unpretentious Spiritual Musings.