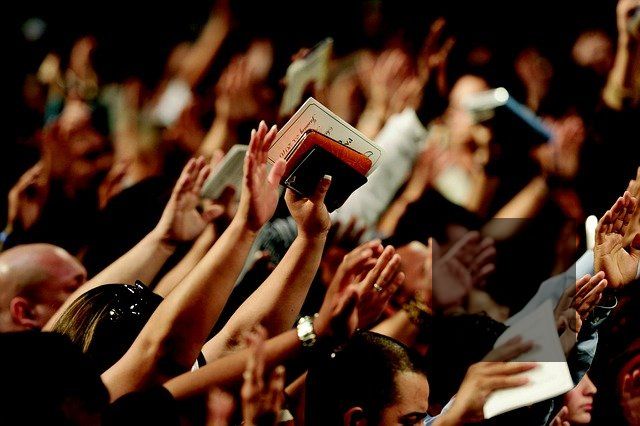 Hands raised during a worship service.

Few movies are as quotable as the 1987 comedic romantic adventure The Princess Bride. Living on through internet memes is the oft-quoted words of the Spanish swordsman, Inigo Montoya: “You keep using that word. I do not think it means what you think it means.”

Montoya’s words are strikingly fitting for a new LifeWay study that found that, while roughly 25 percent of Americans self-identify as Evangelicals, “fewer than half of those who identify as evangelicals (45 percent) strongly agree with core evangelical beliefs.”

In order to determine how many self-identified Evangelicals aligned with the core beliefs of Evangelicalism, the LifeWay study asked the study participants to confirm four statements developed by the National Association of Evangelicals:

Those who strongly agreed with all four statements were considered by the survey as Evangelicals by belief, compared to those who were Evangelical simply by self-identification. The survey found quite striking differences between these two groups.

The Freedom from Religion Foundation is calling on the IRS to investigate an Alabama church that publicly promoted Roy Moore.

The close association between Evangelicalism and the Republican party has become a topic of discussion, especially in light of the overwhelming and unwavering White Evangelical support for GOP politicians who have been accused of sexual harassment and abuse. According to The Washington Post, 80 percent of White Evangelicals voted for Roy Moore, a professing Christian, in the special election in Alabama, even after a series of allegations were raised that Moore had sexually assaulted and pursued under-aged girls.

In the past, Asian Americans and others born to immigrant parents in the United States participated in a “silent exodus” away from their parents’ immigrant churches into predominantly White Evangelical churches. Yet, in the recent several years, they have begun to make a “reverse exodus” out of White Evangelical churches as they have become increasingly made to feel uncomfortable and unwelcome in such spaces. As Raymond Chang, a campus pastor at Wheaton College, writes:

For all of evangelicalism’s existence, a disproportionate burden has been placed on communities of color to adapt, adjust, assimilate, and acquiesce to the white expressions of Christianity. This is why evangelicals of color broadly understand the adjective “white” being added to evangelicalism, while white evangelicals have a hard time seeing how their evangelicalism is white.

Christians in America have an important task ahead of them: determining whether the term “Evangelical” is helpful anymore. Has “Evangelical” run its course? Adapting the words of Inigo Montoya, is it now just a word that many of us keep using, yet we know nothing about what it even means?