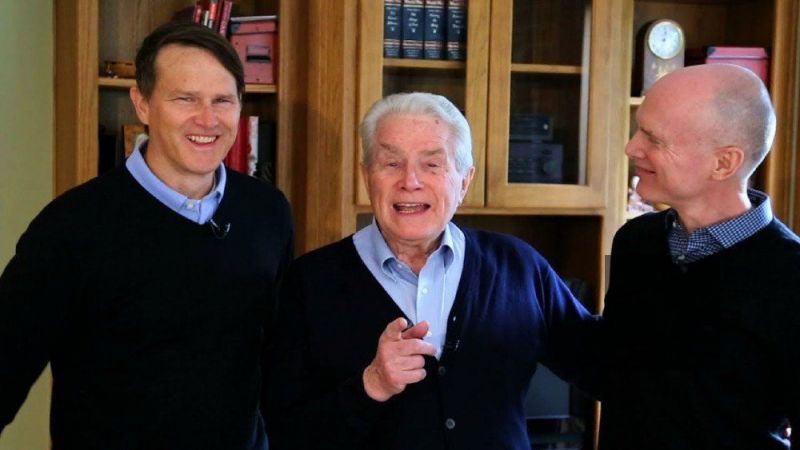 Popular evangelist Luis Palau has died, according to an update shared with supporters by his family on Thursday. The Argentinian evangelist and ministry leader died at the age of 86 after battling lung cancer for the last three years.

“It is with a mixture of sadness and joy that we share with you that Dad passed away early this morning. He died suddenly and very peacefully, just as he had hoped. Mom and the family are doing well,” a statement emailed to supporters and attributed to Palau’s three sons read.

The statement sent on Thursday, March 11 added: “This is hard news, but Luis is experiencing the beauty of the Lord face to face.”

At the end of February, the Luis Palau Association had revealed that the elder evangelist was “not doing so well” in his fight against stage four lung cancer. 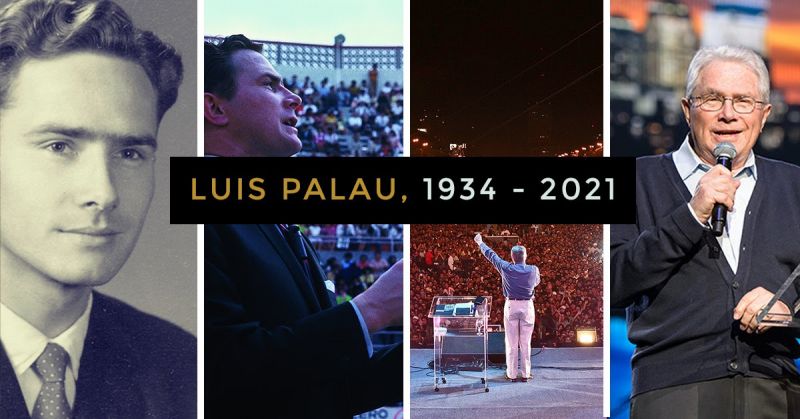 At the start of 2021, Palau’s health had declined and “took a turn for the worse,” the February 26 update revealed. Palau ended up spending two weeks in the hospital for heart and lung issues in January.

“After meeting with doctors, the decision was made to stop all treatment and start on hospice care. All the medications and treatments were proving to be too much for his body to handle,” the update stated.

After having returned home to rest and be surrounded by family, the popular Latino evangelist died weeks later. His final wish had been to spend alone time with each of his 12 grandchildren and, it appears, that wish had been fulfilled.

The March 11 news of his passing signed by Kevin, Andrew, Keith, and Steve Palau includes their intention to host an intimate memorial service in Portland, where the ministry is located. They plan to stream the service online “to honor Dad’s life and the Lord.” No date and time has been set as yet for that service.

In the meantime, supporters can visit the memorial site at luispalau.org, where the memorial service will also eventually be made accessible.

In May 2019, the elder Palau and two of his sons, Kevin and Andrew, published a video update on his of cancer diagnosis. At the time, Palau revealed that he was “ready to go” and was stepping aside to allow his sons to fully lead the ministry.

Read Luis Palau’s official obituary from his ministry below.

For more than 65 years Palau played an influential role in Christian missions and worldwide evangelism as a powerful speaker, teacher, and author. His work took him to more than 80 nations and his campaigns allowed him to present a clear case for Christianity to an audience of more than 1 billion people through television, radio, print, and live events.

Standing strong for issues of faith and the importance of a vibrant, healthy spiritual life according to the teachings of the Bible, Palau was well regarded by leaders around the globe, including presidents, nobility, business leaders, and church clergy.

Originally from Argentina, Palau was born on November 27, 1934, in Ingeniero Maschwitz, a small town outside Argentina’s capital of Buenos Aires. He became a follower of Jesus Christ at the age of 12, just two years after his father’s untimely death. Palau began preaching on street corners as a teenager and hosting his own Christian radio program by the age of 19. He was invited to the United States in 1960 by Ray Stedman, a pastor and missionary leader from Palo Alto, California, who met Palau while in Argentina and began mentoring him shortly thereafter. While studying at Multnomah School of the Bible (now Multnomah University) in Portland, Oregon, Luis met his wife, Patricia Scofield, and together they embarked on a life of missions – first going to Latin America and eventually to more than 80 nations around the world.

Early on in ministry, Palau served as an intern with the Billy Graham Evangelistic Association, occasionally helping as the late Reverend Billy Graham’s Spanish translator. Mr. Graham and his team played a significant role in opening doors of opportunity for Palau as he launched out with his own ministry efforts, and eventually helped him start his own evangelistic organization in 1978. Throughout their lives Palau and Graham stayed close friends.

With a special heart for his home country of Argentina, and Latin America as a whole, much of Palau’s work over the years focused on the Spanish-speaking world. His two daily radio programs in Spanish, Cruzada con Luis Palau and Luis Palau Responde, have aired in millions of homes for decades. He had the opportunity to share the Good News of Jesus Christ personally with dozens of Latin presidents, dictators, and heads of state. He was regularly called upon by leaders and media alike to share words of wisdom and insight during times of crisis. And his Spanish-speaking festivals and gatherings throughout the Latin world will forever be known as some of the largest, most historic of their kind.

Palau’s heart for the world and passion for sharing the life-changing message of Jesus pushed him beyond Latin America as well. Over his decades of worldwide ministry, Palau and his team have held more than 500 evangelistic campaigns, festivals, and rallies in more than 80 nations, including historic campaigns in leading world cities such as New York City, Buenos Aires, London, Madrid, Singapore, Hong Kong, Cairo, and Mexico City.

During the ‘70s and ‘80s, Palau was one of the few foreign preachers allowed to hold spiritual campaigns within the old Soviet Union, and when the iron curtain came down in 1991, he was among the first to hold open-air stadium campaigns in the region. Similar campaigns in seemingly “closed” nations in the Middle East and Asia also helped break down barriers and set new standards for mass evangelistic efforts. As a result, the name Luis Palau is now synonymous with innovation, collaboration, and cutting-edge evangelistic models that challenge stereotypes and reach all levels of society.

In addition to citywide evangelistic festivals, Palau’s worldwide ministry has grown to include three international daily radio programs in both Spanish and English, reaching more than 48 nations; a Global Network of Evangelists, inspiring and encouraging thousands of evangelists around the world; a City Gospel Movements effort, focused on training and equipping city leaders to better engage with their community; extensive television outreaches; and a digital evangelism effort which reaches millions of individuals each year through social media.

Through all these efforts, Palau and his team have partnered with tens of thousands of churches to lead millions of individuals in decisions to follow Jesus Christ.

As an author, Palau published dozens of books and booklets throughout his lifetime. Some of his most well-known books, including God is Relevant, ¿Con quién me casaré? (Whom Shall I Marry?), Where is God When Bad Things Happen?, and Say Yes!, have been translated into dozens of languages and distributed into the hundreds of thousands. His Bible commentary in Spanish is recognized as one of the best in the field. His Starting Point Study Bible (published with Zondervan) was a 2003 Gold Medallion finalist for best Bible of the year. His video courses in Spanish have helped train tens of thousands of pastors and church leaders. And more than 10 million copies of his most popular booklet, What is a Real Christian?, have been distributed in over 60 nations.

Palau was president of OC International (previously known as Overseas Crusades) in the late 1970s. He served on the boards of Gordon-Conwell Theological Seminary, Dallas Theological Seminary, and Multnomah University. He also served as an elder in his home church of Cedar Mill Bible Church in Portland, Oregon, and has been the recipient of several honorary doctorates from institutions such as Wheaton University and Talbot School of Theology.

In 2019, Palau published Palau: A Life on Fire, a deeply spiritual and intimate biography tracing his faith journey from humble beginnings on the streets of Buenos Aires, Argentina, to sharing the Good News with millions around the world. In the same year a feature-length movie about his life was also released in theaters throughout North and South America.

For the past several years, Palau’s sons have run the day-to-day operations of the ministry based in Portland, Oregon. Kevin Palau serves as the president and CEO. Keith serves on the Development team. And Andrew, Palau’s third son, has followed in his father’s footsteps as a well-respected evangelist, leading similar evangelistic campaigns around the world. Stephen, Palau’s youngest son, faithfully serves as an elementary school teacher in the Portland area.

Luis Palau is survived by his wife, Patricia; his sons Kevin, Keith, Andrew, and Stephen; his daughters-in-law Michelle, Gloria, and Wendy; his sisters Matilde, Martha, Catalina, Margarita, and Ruth; his brother Jorge; 12 grandchildren; and many beloved extended family. A private memorial service will be held in Luis’ hometown of Portland, Oregon, and will be livestreamed for the general public at www.luispalau.org. In lieu of flowers, memorial gifts may be made to the ongoing ministry of the Luis Palau Association, online at www.palau.org, or via mail, sent to the Luis Palau Association, PO Box 50, Portland, OR 97207. Notes of remembrance can be left here.