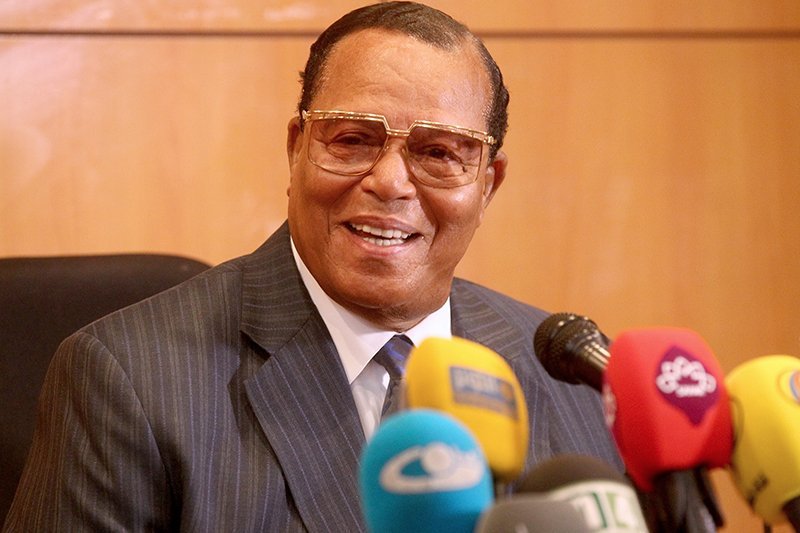 Louis Farrakhan, leader of the Nation of Islam. (Photo: al-vefagh.com, CC BY 4.0, via Wikimedia Commons)

(RNS) — While visiting a prison recently, the provocative Republican Congresswoman Marjorie Taylor Greene came across a rumpled copy of The Final Call, the national newspaper of the Nation of Islam, a homegrown American denomination that turned the Muslim faith into a force for Black empowerment.

Greene, though more familiar with the Daily Caller, nonetheless immediately recognized the similarities between the NOI’s stance on COVID-19 prevention and her own.

‘The Blood Of Jesus Is My Vaccine:’ How a Fringe Group of Christians Hijacks Faith In a War Against Science

While leafing through the Final Call, Greene said in a series of Twitter posts Monday (Nov. 8), she discovered “that the Nation of Islam sees the use and benefit of Ivermectin and is very angry that our media, Democrats, and Dr Fauci have attacked the drug and refuse to save people’s lives by not promoting it and shunning the use of it.”

“We have common ground there,” she tweeted.

While assuring her followers that she is a Christian and is opposed to radical Islam, Greene went on to praise NOI’s current leader, Louis Farrakhan, for calling vaccine mandates a “declaration of war,” and urged all groups that support religious liberty “across the aisle,” to come together to resist them.

What is the Nation of Islam and does it truly share any ideas with the GOP?

Founded in Detroit on July 4 ,1930, by Elijah Muhammad, the Nation of Islam attracted thousands of African-Americans with its message of self-sufficiency and piety, its mistrust of the white establishment, and its call for Black separatism. But under Muhammad’s successor, the NOI has become known for antisemitism and homophobia, in what the watchdog Southern Poverty Law Center calls “its bizarre theology of innate black superiority over whites.”

Though considered heretical by mainstream Muslims, it became the face of Islam in America for many, especially during the Civil Rights Movement. When they first converted from Christianity, both Malcolm X and Muhammad Ali took their first steps on their way to traditional Islam by befriending and following Elijah Muhammad.

“In the 1950s and 1960s when you said you were Muslim, people immediately assumed you were a member of the Nation of Islam,” Kambiz GhaneaBassiri, a religion professor at Reed College told Religion News Service in 2016.

At its zenith, the group claimed half a million adherents.

After Muhammad, the group’s charismatic leader, died in 1975, many NOI members followed his son and successor, Warith Deen Muhammad, who, rejecting the deification of the Nation of Islam’s founder, renamed the group and led most of its followers toward mainstream Sunni Islam.

When Americans meet Muslims today, they are likely to be talking to a person who has never stepped foot in a Nation of Islam mosque. In 2019 the Pew Research Center found that, while some five percent of U.S. Muslims are Black, “just two of every 100 black Muslims surveyed say they currently identify with the Nation of Islam.”

Yet the Nation of Islam still wields influence within some African-American communities in the Midwest and Northeast. Much of that popularity is the doing of Farrakhan, who led NOI to a new height in October 1995 when he organized the Million Man March, an event that inspired Black men from across the country — including Christians such as then Illinois state Sen. Barack Obama — to fill the National Mall and publicly embrace their responsibilities as fathers, brothers and sons

In the early 1990s Farrakhan, again punching above the Nation of Islam’s weight, drew 30,000 and 40,000 people to arenas in major cities. Like his predecessor Muhammad, he captivated his audience, telling black Americans God would redeem them.

But Farrakhan has also compromised his influence and become a controversial figure.

In addition to railing against gays and Jews, he has claimed 9/11 “was an inside job.” And long before COVID-19 or its vaccines, he has pushed a thoroughly discredited claim that vaccines cause autism, particularly in Black boys.

Farrakhan has also repeatedly asserted that he has visited a great wheel in space, a  giant craft hovering over the United States and poised to annihilate the nation for its evil deeds. Though this spacecraft is not a new idea in the Nation of Islam, Farrakhan, who calls it “Allah’s calling card,” claims to have been transported to it from a Mexican mountaintop through a beam of light.

Aminah McCloud, a religious studies professor at DePaul University, told RNS in 2016 that the Nation of Islam “has its place in the continuum of religious communities that worry about poor and disenfranchised economic classes.”

Minus the religion, that is one definition of populism — and an insight into why it may not be so absurd for an anti-vaccine conspiracy theorist and rampant populist, such as Greene, to see parallels between her program and the Nation.

Sections of this article have been adapted from the 2016 RNS article “Nation of Islam is a shadow of the group that Muhammad Ali joined.“

‘The Blood Of Jesus Is My Vaccine:’ How a Fringe Group of Christians Hijacks Faith In a War Against Science