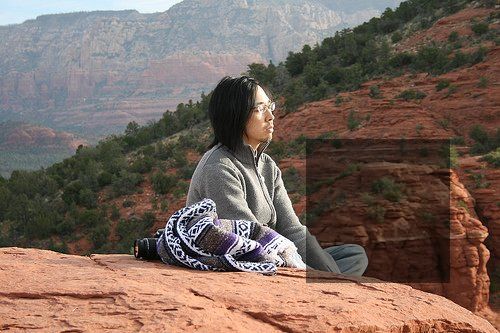 One of the most undeniable principles embedded into Christian teaching is the emphasis on fellowship and community. In a society where individualism is gospel above all, American Christians have a special challenge in intentionally fellowshipping with and finding support and sustainment from fellow believers. Many churches have responded to these challenges, from instituting small groups outside of church to members living in close proximity to each other to create an intentional family.

When church leaders speak of community, they often have in mind a space where like-minded believers can fellowship beyond Sundays to draw close to each other and deepen relationships. Activities can include Bible studies, book clubs and socials. Church leaders promote these events as ways to aide loneliness and break people out of their shells. The assumption is that being alone, quiet and in solitary spaces automatically breeds loneliness, and that the best way to combat loneliness is to be around sizable groups of Christians.

Our churches, like society at large, are centered around extroversion, where charismatic personalities, major social events and superficial small talk reign supreme over deep reflection, solitude and small intentional conversations. It is assumed that those who are not extroverted and outgoing are cold-hearted, abnormal and in need of redemption. Susan Cain argues in her bestselling book, Quiet: The Power of Introverts in a World That Can’t Stop Talking, that society has a cultural bias toward extroverts, which results in how society at large, and churches in particular, choose activities and select leadership.

“The church’s attempt to build community by valuing extraversion over introversion sends a message to introverts that they … are in need of fixing.”

When walking into the average church in America, one can easily learn the bias and preference toward extroversion. Sunday activities include overwhelming small talk, “meet and greets” that are encouraged for the sake of building community. It is implied that such small-talk conversations are important in the kingdom of God and not doing so is rejecting and forsaking the family of Christ.

The church’s attempt to build community by valuing extraversion over introversion sends a message to introverts that they aren’t normal and are in need of fixing. Such activities create a sense of forced community, where new members must assimilate in order to be fully accepted and conformed to the standards of the church. Furthermore, placing overwhelming emphasis on activities that fuel charismatic people among the community overlooks the value and skill sets of introverts. For example, when the metric for evaluating potential church leaders is solely based on who is the most outspoken in Bible classes or the most charismatic greeter, introverts, regardless of their biblical leadership qualities, automatically go unnoticed.

Church leaders must evaluate how they value and uphold extroversion and extroverted practices at the expense of marginalizing introverted voices and spaces. By examining such practices and worldviews, churches can become safe and welcoming spaces for people regardless of their personality type. When leaders are able to realize that charisma is not a strong character trait but rather one of many personality expressions, they will change their worldview and selection practices.

Below are suggestions on three ways churches can become more welcoming to introverts.

Emphasize solitude and meditation: Theologian Dietrich Bonhoeffer once said: “One who wants fellowship without solitude plunges into the void of words and feelings, and the one who seeks solitude without fellowship perishes in the abyss of vanity, self-infatuation and despair.” In this quote, Bonhoeffer was arguing that a Christian life needs to be balanced with solitude and community, not directed solely toward one or the other. Unfortunately, too many churches neglect the discipline of solitude for the sake of more community. Churches should incorporate more times and spaces for solitude within their worship services and small groups. Practices like Taize give people the opportunity to sit still in the presence of God and simply be.

Redefine community: Contrary to popular belief, introverts, like extraverts, hunger for a sense of community and belonging. The distinction lies in the preference and picture of community. For extroverts, community is often found in large group social events, whereas many introverts value smaller and more intimate circles. Many introverts cringe at the thought of having to greet every member and engage in small talk as a part of the worship service, but would love to have a new member over for dinner occasionally. Extroverts crave more social events, because they get their energy from people.

Look beyond charisma for leadership potential: The stereotypical face of leadership in this country is an outgoing white man who is extroverted and even-keel, a people-person, but not a people-pleaser. Similarly in churches, leaders are seen as people who are both social and spiritual, outgoing and observant. While there are certainly strong qualities needed in an effective leader, using personality type and energy level to determine one’s leadership capability runs the risk of selecting leaders who are charismatic but corrupt. Churches who use mere charisma to identify Christian leaders are replicating secular societal standards on leadership and influence. Rather than recognizing gifts that are not easily seen or heard, they focus on shallow personality types, reflecting everything but one’s character. For churches to truly build and select leaders for their communities, they must reject the temptation to value charisma over character, and de-institutionalize discrimination against introverts.

Churches can become more welcoming spaces for introverts by re-evaluating how their messages and practices create a safe haven for outgoing people at the expense of those who are reserved. The purpose should not be to neglect core teachings on Christian fellowship or community, as they are important principles and practices to abide by. Rather, the focus should be on creating a space where introverts can feel welcomed for who they are and on creating opportunities for people who aren’t charismatic to lead and serve in ways that don’t force them to perform an unnatural role.

Jonathan Holmes is a Christian who has advocated for racial justice in Chicago for over two years. He has written about the intersection of race, class and Christian faith for multiple magazines and is an avid reader of both fiction and nonfiction. Follow Jonathan on LinkedIn.

Jonathan Holmes is a contributor for Faithfully Magazine. He lives in Chicago with his wife and daughter and is actively engaged in urban ministry and community engagement. 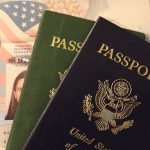