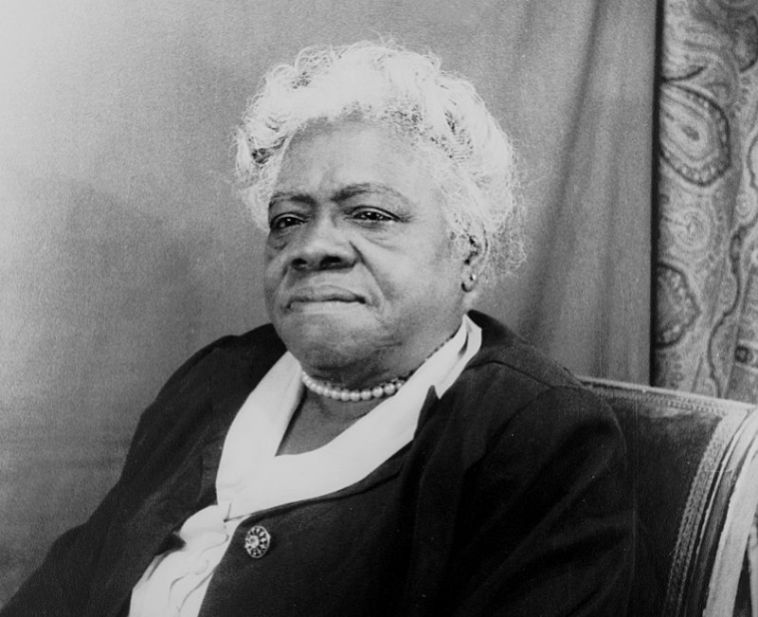 Did President Franklin Roosevelt notice thick calluses on Bethune’s hands as he asked for her advice and named her director of Negro Affairs of the National Youth Administration and invited her to head up his unofficial “Black Cabinet?” We may never know for sure what her hands looked like, but as a child of enslaved parents who worked for their former enslaver after the Civil War, Mary McLeod Bethune (1875-1955) began picking cotton as a child and was pulling in 250 pounds of cotton per day by the age of nine.

Resmaa Menakem talks about his own grandmother’s thick, calloused hands from picking cotton beginning at age four in My Grandmother’s Hands: Racialized Trauma and the Pathway to Mending Our Hearts and Bodies. She explained that the cotton plant has pointed burrs that rip your skin. Her hands were ripped over and over until she developed thick calluses that eventually kept her hands from bleeding when caught. This is Bethune’s background, although she was able to stop working and attend school at the age of 10—the only child in her family to do so. Bethune was born the 15th of 17 children in South Carolina and the first child born free in her family.

Bethune represented a liminal generation bridging the terrorism of slavery and the hope of a new reality by laying the foundation for the Civil Rights Movement via her work in education, voting, and civil rights. Racialized terror didn’t end with slavery, but Bethune forged ahead, making a path for herself and those who came behind in spite of many threats to her safety and life.

Once, in retaliation for her voter registration efforts in the early 1920s, the Ku Klux Klan decided to march on the campus of her Daytona Literary and Industrial School for Training Negro Girls in Florida. Bethune had the staff put the children to bed, then joined the faculty in fanning out across the campus in silent resistance as the Klan marched through. With her head held high, Bethune stood her ground on the campus of the school she had started on a former garbage dump in 1904 with five girls, faith, and $1.50 in her pocket.

“I considered cash money as the smallest part of my resources. I had faith in a loving God, faith in myself, and a desire to serve,” she revealed at one point.

Bethune started the school all while enduring a reportedly tumultuous marriage. Three years later, her marriage ended when her husband abandoned the family. But Bethune carried on with her work, raising their son, Albert, on her own. With the help of the Methodist Church, the school would go on to merge in 1923 with the all-male Cookman college to form Bethune-Cookman University. When the university was accredited in 1931, Bethune became the first Black, female college president despite having never received a higher degree herself.

She rose in power and influence, but her work was always about fighting for justice and equality, not gaining power for herself.

Through the course of her work, Bethune received numerous honorary masters degrees and doctorates in recognition of her accomplishments, and she was sought after as a leader in multiple organizations. She rose in power and influence, but her work was always about fighting for justice and equality, not gaining power for herself. Perhaps nothing illustrates this quite as well as the fact that, unlike other leaders of the time, Bethune didn’t spend much time writing about herself. Almost everything we know about her comes from tributes written by those around her, including numerous mentees such as Langston Hughes.

Even as a child, her education was not only for herself, but for the benefit of her community. When she started school at age 10, Bethune would walk 10 miles a day to attend and return home each evening to teach what she had learned to her family and friends. At the age of 12, she had the opportunity to attend the all-girls Scotia Academy. Bethune used the time not spent on her studies to scrub in the kitchen and bake bread, and do laundry and clean in town to pay her way through.

Later, after a year at the Moody Bible Institute, she was turned down for foreign missions by the Presbyterian Missions Board. Her desire for international missions may have been thwarted, but Bethune soon found her calling here in the States. “I sent up a prayer to God to give me the light, to show me the way, that I, in turn, might show others,” she had once prayed in regard to her call to serve in Africa.

Bethune took that light and shined it on a path toward educating Black women and girls, convinced that it was their path to freedom and equality.

This emphasis on empowering Black women and girls led her to compete with Ida B. Wells for the presidency of the National Association of Colored Women (NACW). Bethune won two terms as president and under her leadership expanded the organization in scope and mission, bringing in international members and moving members toward advocacy and activism. This focus led her to later found the National Council of Negro Women in 1935, an organization based in Washington, D.C., focused on voter registration and intended to “maximize the political and economic clout of [B]lack women.”

Over the course of her life, Bethune opened a hospital, purchased a beach since most of Florida’s beaches still banned Black people, and boldly went into circles that would have been deemed by many to be closed to her. The stateswoman received funding from the likes of John D. Rockefeller, and advised four presidents, from Calvin Coolidge (1923-29) to Harry S. Truman (1945-53). In her last will and testament, Bethune explained how faith made her life’s work possible.

“Faith is the first factor in a life devoted to service. Without faith, nothing is possible. With it, nothing is impossible. Faith in God is the greatest power, but great, too, is faith in oneself,” Bethune wrote.

Anna Elisabeth Howard writes highly caffeinated takes on shalom as a lens for everything from her front porch in Hendersonville, Tennessee, where she lives with her husband and two sons. You can find her on Twitter, Instagram, and Facebook. 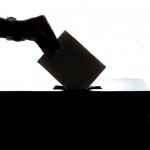