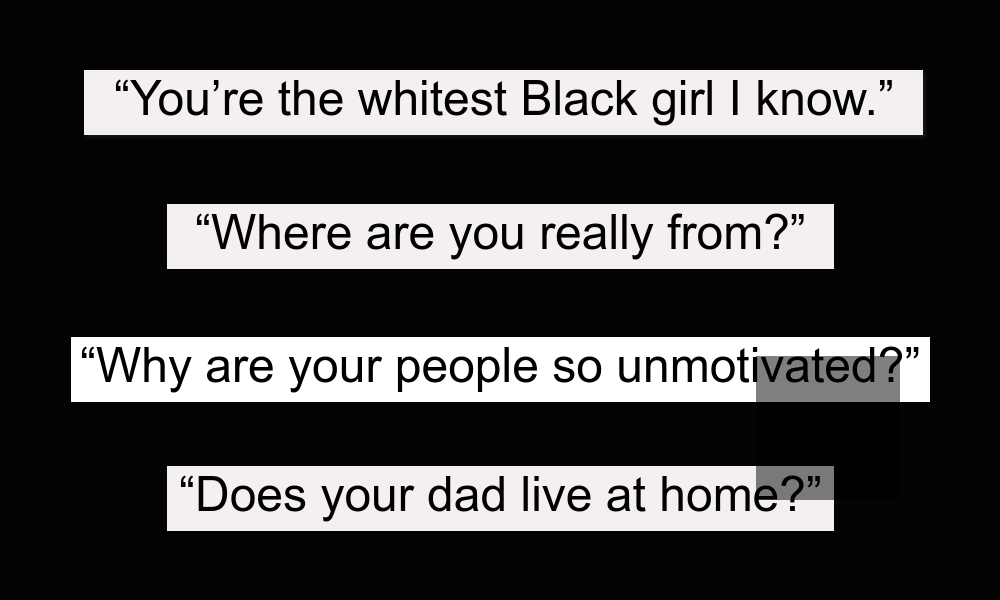 Racism in the United States is widely thought to be overt and explicit, such as what White nationalists or members of the Ku Klux Klan do or say. Their avowed declarations are consciously directed at Black or Jewish people and are clearly identifiable as hateful attacks.

There are other negative racial expressions, however, that are not overt or explicitly racist, often not thought to be negative by those who make them, and not motivated by hate. Nevertheless, they have negative effects on their recipients. These expressions are called “microaggressions.”

Columbia University psychologist Derald Wing Sue describes racial microaggressions as “the brief and everyday slights, insults, indignities and denigrating messages sent to people of color by well-intentioned White people who are unaware of the hidden messages being communicated.” These communications, he said, “are usually outside the level of conscious awareness of perpetrators.” The intentions of those expressing microaggressions are far from the hateful attacks of overt racists.

I had not heard of microaggressions before getting up a course titled Race and Justice at a Midwestern Christian college. When I did learn of them, I wondered whether Derald Wing Sue’s assertion about the extent of microaggressions was true in the Christian context I inhabited. He wrote: “Studies support the fact that people of color frequently experience microaggressions, that it is a continuing reality in their day-to-day interactions with friends, neighbors, co-workers, teachers, and employers in academic, social and public settings.” He also stated that “studies reveal that racial microaggressions have powerful detrimental consequences to people of color.”

I decided to ask minority students at the college where I was teaching whether they had been the recipient of racial microaggressions from other students and if so what they were. I got long lists. I also got their reactions to the microaggressions, which often were deeply expressive, describing hurt, frustration, and anger. I got the same lists and reactions from former students at another Midwestern Christian college I had taught at not long before.

“Christians who are well-meaning still have implicit biases that they don’t know exist and that shape the way they interact with others.” – College Student

The lists and reactions described below come from 25 students, 16 during the 2017-2018 academic year at the college I was then teaching at, and nine former students at the previous Christian college I had taught at for 31 years up until 2013.

Although the racial microaggressions described by former students occurred some years ago, they are not out of date, as minorities continue to experience microaggressions. As “Dawn” stated, “I am worried that in the present state of our country the subtle insults I continue to receive will become more pointed.”

I was able to get these lists and reactions because the minority students at these colleges knew me, a White professor they could trust to handle what they said with care and respect. Even though the lists are extensive, one cannot infer that these two colleges are worse than other Christian colleges and universities or worse than nonreligious colleges and universities. I ask readers to suspend judgment about such comparisons.

What can be said, though, in the words of one of the students I talked to, is that “Christians who are well-meaning still have implicit biases that they don’t know exist and that shape the way they interact with others.” It is highly likely that what is true of Christians at these two Christian colleges is also true of Christians elsewhere in the United States.

It might be thought that minority students at these colleges found them hard places to be at because of the quantity and variety of microaggressions they have been recipients of. Though this was true to varying degrees, it was also true that at least some minority students were devoted to the college they were at or had attended.

“Kyler’s” response to my question of whether he liked being at one of the colleges is typical of the sentiments of the minority students I talked to at that college: “I love _______. I want people to know about microaggressions, because I care about _______. “Micah” went through a lot of depression while at the other college, but declared, “I definitely appreciated my time at _______.”

These are my sentiments as well about both colleges. This article is not intended to cast a negative light on these colleges, but simply to make visible a prominent reality in the lives of minorities so that those who are uninformed about it, like I once was, can become sensitive to it.

What Makes a Microaggression an Aggression? 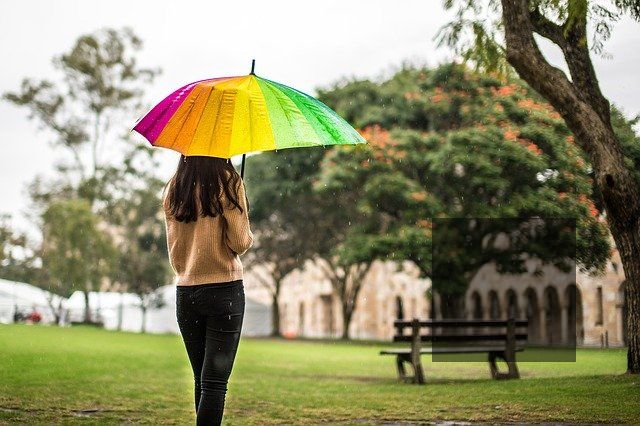 Consider this scenario: You, a non-Asian person, ask a new Asian-looking acquaintance where they are from. They mention a town and state in the United States. You then ask, “Where are you really from?” or “What country are you from?” You are asking only out of curiosity, perhaps even loving curiosity, as you want to get to know your acquaintance better. But the person who fields your question hears a subtext: “You are not willing to accept my answer. You are stereotyping me. You would not ask this question of a new acquaintance of your own color, so why are you asking it of me?” From this perspective, the question causes the Asian recipient to feel “othered” by you. It comes across as insensitive and unfeeling, somewhat aggressive. After being asked the question by a number of different people, the recipient begins to feel alienated.

People who are recipients of microaggressions experience them not just once or twice, but numerous times, and not just the same one, but a variety of microagressions. The questions or statements may feel innocent the first few times, but eventually they feel abrasive because of their sheer quantity.

This happened to “Caroline,” who has an Asian ancestry, and who was not bothered by the questions and comments about her identity when she first arrived at college. Later, though, she became bothered by them: “Microaggressions have a way of starting out seemingly small and innocent, but over time they transform into harmful and potentially dangerous wounds in the already difficult life of a minority person.” Caroline continues, “After a while, they began to wear me down and infect me with a negativity I did not previously have. I began to feel defensive and constantly on the lookout for further attacks.”

Notice the strong words that Caroline uses to describe the process. Though at first she regarded what was said as small and innocent, as time passed she began to feel worn down and defensive. As more time passed, what was said to her came to feel like attacks. During this process, she became more and more fearful of further comments that would injure her.

Whites, to be sure, are curious about Black hair and want to know what it feels like. But curiosity has limits. There are limits to questions that it is appropriate to ask another person without the questions being intrusive or the other person feeling violated or disrespected. Asking what another person’s hair feels like is such a question.

Part of what prompts microaggressions directed at minorities is “differentism”: treating people who are different with unwarranted attention or curiosity, thinking of them as odd, not like oneself, such as staring at someone who is extremely tall or being intrusively curious about someone who has a Mohawk haircut.

Racial differences prompt such attention and curiosity. But racial microaggressions often have an added component: a sense of superiority or normalcy. Here “normalcy” is not just a descriptive word referring to the amount of people in a given social group, but a value word carrying the idea that those who are in the majority are better than those who are not.

Although Black people and other people of color  are recipients of some common microaggressions, there are differences. I will list the microaggressions separately. The categories are Black, Hispanic, and Asian. People in other categories, including Native American and Middle Eastern, plus those who are mixtures of two or more categories, are also recipients of microaggressions, which often have the same underlying tone of otherness and exclusion that Black, Hispanic, and Asian people experience. Those who are mixed get additional comments that intensify their feeling of not fully belonging to one category—not fully Black, Hispanic, Asian, or White—and thus not fully belonging anywhere.

More
133
SHARES
ShareTweetPin It
Page 1 of 3
123Next
Tags: EducationMicroagressionsOpinion & AnalysisRace