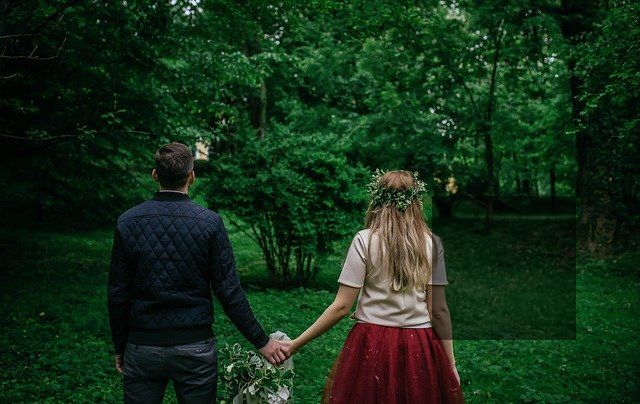 Millennials are known for a lot of things. We are the most diverse generation, the most educated, we are the least Republican generation. Only 19 percent of millennials consider themselves Republican (you can thank Trump), and we are also the generation to kill the cereal company. We want things fast. No time for milk and a bowl. Give me a straw and an avocado. Apparently, world peace isn’t the only thing we are choosing differently than our parents on. We also, don’t want to be parents.

The stats are in, and people born in the late ’80s and ’90s, don’t seem to want kids. According to the Urban Institute, birth rates among women in their 20’s has declined 15 percent between 2007 and 2012. The number of people who have decided against children has doubled since 1970 with only half of women today choosing to procreate.

I have several friends right now who are pregnant. They are bringing tiny, innocent people into this dying scary world and it causes anxiety. How do we grow seeds of light in a world darkness? Millennials don’t want kids, and in a lot of ways, I don’t blame them.

I became a mother in 2011, and I haven’t been care-free ever since. Look, we all know millennials are selfish, but I don’t think the decision to forego parenthood is necessarily a selfish one. Many of us are just eating cheese nips whilst watching Rachel Maddow and, to put it simply, don’t want to bring kids into this crap.

Did you know that 1 in 4 women on today’s college campuses experience rape? Forty-two percent of women who are raped, tell no one about the assaults because, hello victim-blaming. Sixty percent of rapes on college campuses are perpetrated by someone the victim knows. So not only are women experiencing sobering rates of victimization (#MeToo), for the most part, it isn’t monsters in the alley holding knives to our throats, these are people we know, perhaps even friends that we trusted. These are the worst kinds of monsters, wolves in sheep’s clothing.

Brock Turner was the Stanford swimmer who sexually assaulted a girl he found unconscious. He was interrupted by two graduate students who saw him attacking a partially clothed woman behind a trash bin. His victim wrote him a letter. She said, “I stood there examining my body beneath the stream of water and decided, I don’t want my body anymore. I was terrified of it…I wanted to take off my body like a jacket and leave it at the hospital with everything else.”

Brock got 6 months. His dad said his son’s life shouldn’t be ruined for “20 minutes of action.” This is the world millennials have inherited, and so yea, a lot of them don’t want kids.

In 2014, The Economist reported that the student loan debt exceeded 1.2 trillion. Millennials are the most educated generation in history, but they are also paying for it. Over 7 million of us are in loan default. The average person has over $37,000 in personal student loan debt. In 2003, that number was only $18,000. Millennials are working more for less. So while many of us may want kids, there are just as many who feel like they can’t afford them.

For those of us like myself, who did become parents, we are wrecked with anxiety. How do we raise boys to be men in a culture that is obsessed with violence? The same America that is shocked at mass shooting rates, consumes violence regularly. By the time a viewer graduates from high school, they will have watched over 13,000 violent deaths. I want to raise my sons to use words over fists, but it is becoming increasingly difficult when they can’t watch a Disney film without seeing the opposite.

I want to raise my daughter to be strong, and smart, and to fight against systems that create imbalanced gender and racial power dynamics. But the reality is, that for the first time since 2006, gender equality is moving backward rather than forward in matters of the workplace, education, politics, and healthcare.

Segregation of education may have ended in the 1960s, but today, two-thirds of minority students are still attending schools that are predominantly segregated. These schools are of course funded well below the neighboring suburban districts.

The trajectory is bleak. Perhaps the most brilliant man in the world, Stephen Hawking, said recently that if we don’t colonize another planet within 100 years, the earth will probably no longer be able to sustain itself.

Millennials today aren’t sure they want to have kids. And I think you have to be naive to look at the world today and think it’s a great place to raise children. The thing is, kids may be the future leaders, but we are the leaders now.

If any generation can be tasked with saving health care, dismantling rape culture, and stabilizing power systems, it’s us. Our parents told us we could be anything we wanted, and most of us just want to be moral and good. I chose to have kids despite the statistics because I am also committed to building a future for them. If you chose parenthood, I would assume you want that too. The world is broken, but I think this is a generation of innovators.

An evangelist was once asked how he managed to fill the churches of England. His response was simple: “I set myself on fire, and people come to watch me burn.”

Maybe the rest of the world will join us as we burn.

Heather Thompson Day is an Assistant Professor of Communication at Andrews University. She is the author of five Christian books, including Life After Eden, and writer for The Spilled Milk Club. Facebook her, or check her out on Instagram.

Dr. Heather Thompson Day is an Associate Professor of Communication at Andrews University. She is the author of six Christian books, including "Confessions of a Christian," and writer for Imthatwife.com.