From Ministry to Muckraking: the Biblical Basis for Investigative Reporting

From Ministry to Muckraking: the Biblical Basis for Investigative Reporting 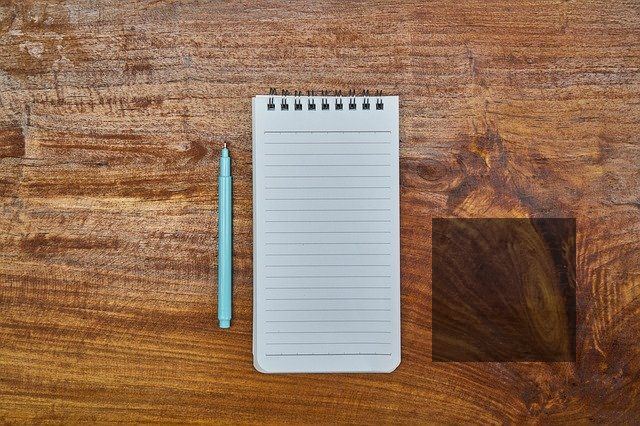 More than a dozen years ago I was a finalist for a reporting job at a small newspaper. All I needed to do was survive an interview with the top editor. The other editors warned me, saying their boss took perverse pleasure from smashing the hopes of naive reporters. I braced myself as he studied my resume. His lips curled into a sneer.

To be fair, my job history was a tad unusual. I had spent five years in full-time ministry, including three as an evangelical Christian missionary in Kenya. Then there was my master’s degree in theology from Fuller Theological Seminary. There didn’t seem to be a lot of churchgoing, Bible-believing, born-again Christians like me working at daily papers.

The editor scowled and said, “So what makes you think that a Christian can be a good journalist?”

He emphasized “Christian” as if it were some kind of slur.

I liked that he spoke his mind, but I was taken aback. I explained what I saw as a natural progression from the ministry to muckraking, pointing out that both are valid ways of serving a higher cause. The Bible endorses telling the truth, without bias. So does journalism. The Bible commands honesty and integrity. In journalism, your reputation is your main calling card with sources and readers.

Obviously, many people have succeeded as reporters without strong religious beliefs. But I told him my faith had made me a better, more determined journalist. He replied with a noncommittal grunt. But I got the job.

My response to that editor is more relevant than ever today. It has become popular for some conservative leaders to argue that people like me don’t exist in America’s newsrooms or that journalism is immoral. Just the other day, a Washington State lawmaker called journalists “dirty, godless, hateful people,” according to The Seattle Times. President Donald Trump seems to take delight in taunting reporters and has referred to members of the media as “lying, disgusting people.”

It’s estimated that about a third of Americans attend a regular church service. From my experience, most newsrooms don’t come close to that. But in 17 years, I’ve never had a colleague suggest that my religious beliefs kept me from hard-nosed reporting. In fact, my convictions give me a foundation to be demanding.

After a few years, I moved on to the Las Vegas Sun. Yes, it occurred to me that God must have a sense of humor, if not irony, if his plan for me involved Sin City. I became a health care reporter and began gathering statistics that showed the local hospitals were not as safe as advertised. The articles we published led to new state laws that favored patients and jolted powerful institutions in Las Vegas.

Journalists, particularly those who do investigative reporting, tend to annoy people in powerful positions. Some people might think that Christians are supposed to be soft and acquiescent rather than muckrakers who hold the powerful to account. But what I do as an investigative reporter is consistent with what the Bible teaches.

The mission statement of ProPublica, my employer, says we want to use the “moral force of investigative journalism to spur reform.” If you go through my work, you may sense a bit of “moral force.”

The Bible teaches that people are made in the image of God and that each human life holds incredible value. So when I learned that medical mistakes are one of the leading causes of death in America, I called attention to the problem.

The Apostle Paul points out that God comforts us so that we can be a comfort to others. So since 2012 I’ve moderated the ProPublica Patient Safety Facebook group, so people who have been harmed by medical care have a place to turn.

The Bible rebukes deception and unfair practices. I’ve shown how our nation’s health care system is rife with schemes that are unfair to patients.

Proverbs talks about how hearing only one side of a story can be misleading: “The first to speak in court sounds right — until the cross-examination begins.” At ProPublica and many other journalism outlets, reporters go to great lengths to get all sides of every story.

Another basic tenet of fairness is refusing to accept any gifts, of any amount. Our readers need to trust that our work is untainted by any reward. “Do not accept a bribe, for a bribe blinds the eyes of the wise and twists the words of the innocent,” Deuteronomy says.

Most journalists admit their mistakes and run corrections. This is consistent with biblical teaching about humility.

God didn’t direct the writers of the Bible to avoid controversy. I love how Luke describes his mission in the first few verses of his Gospel: “I myself have carefully investigated everything from the beginning,” he wrote, “so that you may know the certainty of the things you have been taught.”

Luke’s goal was to tell the truth about Jesus, which upset many people. Luke didn’t airbrush the early Christians. He named names. Luke told the story of Judas betraying Jesus. He exposed Peter denying Jesus three times. He verified the facts and then told the truth. If it was good enough for Luke, it’s good enough for me.

The biblical mandate is to tell the truth. But some conservative Christians don’t seem to understand that. I started out in the Christian media and had run-ins with editors because of my interest in reporting about Christian leaders, even if it made them look bad. Administrators recently censored student journalists at Liberty University, a conservative Christian institution, for, in their view, making the school look bad. But God calls us to publish the truth, not propaganda.

It takes some sinners a while to repent, and some never do. That means the influential people we expose might criticize us or call us names. They might even think we’re godless. But journalists are called to keep digging until we find the truth — and then proclaim it.

Editor’s note: This article was originally published by ProPublica.

ProPublica is a Pulitzer Prize-winning investigative newsroom. Sign up for their newsletter.