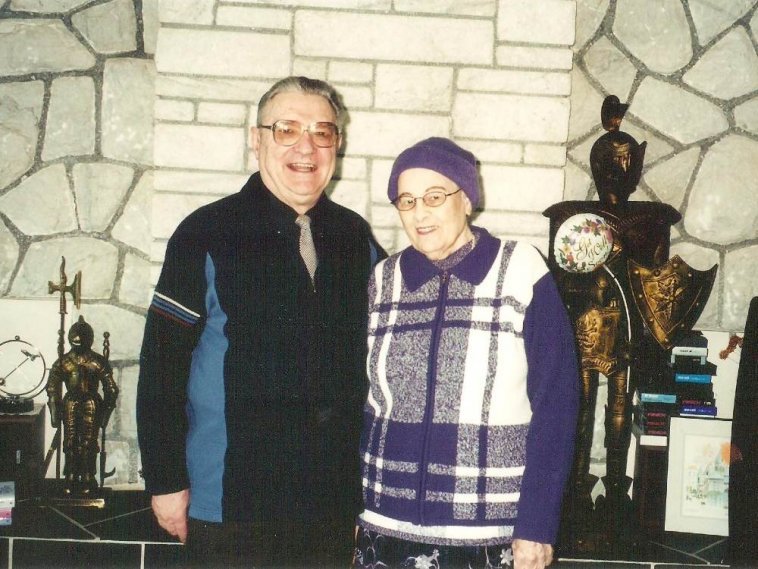 “And he said unto me, My grace is sufficient for thee: for my strength is made perfect in weakness.” (2 Corinthians 12:9)

I was standing two feet away when my mom told me the news. She had cancer. She was trying to be strong, and so was I, but who can be strong at a timeline like that? I reached out to hug her and we both broke into tears.

There’s something about that word—cancer—that falls on your shoulders like a lead weight. It’s like being a prisoner on death row, except that there’s no possibility of escape. The bars of your jail cell just follow you around wherever you go.

Mom grew up on a farm. She used to wake up every morning before sunrise to milk the cows. She had her own horse and used to jump the irrigation ditches when her mother wasn’t looking. But her dad knew, and he was proud.

All that cow-milking had given my mom a grip of steel. When a boy foolishly decided to call her Nancy the Nanny Goat, she knocked him right into the coal pile. She was fearless.

By the time I was born, mom had mellowed a bit. She was a school teacher known for being strict but fair. But at home, she was a caring mother who loved to have hugs from her son. And I loved to give them to her.

“You won’t want to hug me when you grow up,” she warned me, but I told her that would never happen. And it never did.

I never actually got to see my mother grow old. Even in retirement, she was still vibrant and full of purpose. Maybe that was why it hit us so hard when the doctor gave us his prognosis. We just couldn’t believe it.

So I hugged her, and we cried together.

Over the next year, mom battled valiantly against her disease. She suffered through the chemotherapy treatments, the months in hospital, the constant pain, and the indignity of losing her hair. As a family, we gathered together and prayed for healing. And for a time, she experienced remission. But inevitably, the cancer would return. Eventually, the doctors gave her the final prognosis. She had one month to live.

I visited her often during that month, and we shared many hugs. She was calm and at peace. She had a pillow in her hands for some reason. I didn’t know why. And then she shared with me her secret, and the only miracle she’d ever seen.

She was alone one night preparing for bed, but she was just so angry and afraid that she couldn’t sleep.

“Why, God? Why did you let this happen to me?” she prayed. And then she was crying again, and felt so very alone.

Her frustration and despair had reached the boiling point. She felt like a corked tea kettle about to explode. And then she looked down at her pillow in the dark, and saw the words written as bright as sunshine.

“My grace is sufficient for thee: for my strength is made perfect in weakness.”

After that, the weight—all the fear and anger—just lifted off her shoulders. And it never came back, not ever.

“Can I see it?” I asked, and she handed me the pillow. I thought she meant one of those throw pillows with the bible verses embroidered on them, but this pillow was blank.

“This pillow?” I asked and she nodded. I turned it over in my hands, looking for the words, but there was nothing on the other side either.

“Mom. This is just an ordinary pillow. There’s nothing written on it.”

She looked at me and smiled. “I know that, dear. But there was that night.”

I’ve never known my mom to lie, so I have to believe her. In the greatest crisis of her life, God comforted her. He spoke to her with words on a pillow. I’m grateful for that little miracle. When mom finally did pass away, she was in perfect peace.

David Wright is a teacher at B.C. Christian Academy on Canada’s majestic west coast. David has a lovely wife, two sparkling daughters, and more than 50 published short stories. His work has appeared in Neo-opsis, Anotherealm, Humor for a Teacher's Heart, and other magazines. Read more of his work at davidwright812.wordpress.com.