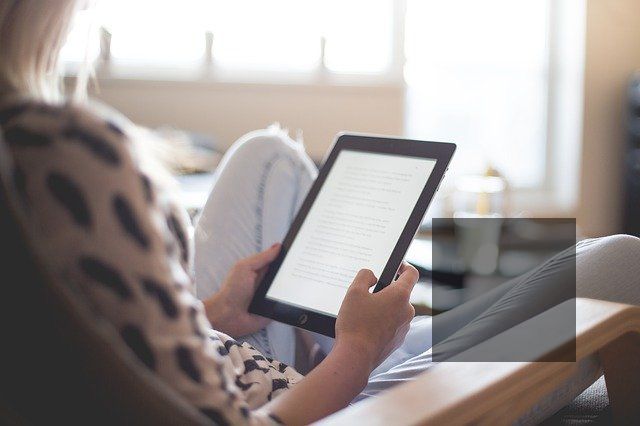 What were the most popular stories of 2019? That’s partly the question we ask ourselves annually as the year draws to a close. But we’re actually more interested in what articles from this past year resonated the most with readers. That means we don’t just look at hits, but take things like social shares and referrals into consideration.

Here are the top 10 most popular stories of 2019 published by Faithfully Magazine that fit the bill. If any of these articles are among your top picks, copy and post the suggested tweet to spread the word. 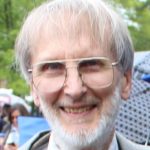 Most Popular Articles of 2018 From Faithfully Magazine

Racism in the United States is widely thought to be overt and explicit, such as what White nationalists or members of the Ku Klux Klan do or say. Their avowed declarations are consciously directed at Black or Jewish people and are clearly identifiable as hateful attacks.

There are other negative racial expressions, however, that are not overt or explicitly racist, often not thought to be negative by those who make them, and not motivated by hate. Nevertheless, they have negative effects on their recipients. These expressions are called “microaggressions.”

9. White Evangelical Support of Trump Makes Perfect Sense When You Examine the History of the Christian Right 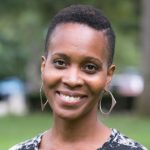 How did Donald Trump get elected as the 45th President of the United States in 2016? The question has been posed and answered by scholars, journalists, and citizens alike. A recurring statistic — that 81 percent of White Evangelicals voted for Trump — has made those “Trumpvangelicals” a focal point of the media and captured the public’s imagination. Evangelical support for Trump has been discussed in terms of churchgoing versus unaffiliated religious activity, a disaffection with the Obama years, and in terms of evangelicals’ strong alliance with the Republican Party. Perhaps, most critically, evangelical support of Trump has been discussed in terms of U.S. Evangelicalism’s privileging of the cultural, political, and economic interests of its White majority. Evangelicals of color have been increasingly vocal about their disaffection with their White peers’ support for Trump (and his anti-Black and anti-immigrant positions), as well as their marginalization within the folds of a predominantly White Christian religious movement.

Copy and Tweet This: White Evangelical Support of Trump Makes Perfect Sense When You Examine the History of the Christian Right https://faithfullymagazine.com/white-evangelicals-trump-family-values/ No. 9 #MostPopular articles of 2019 @faithfullymag #YearInReview #YearInReview2019

8. Top Bible Translations: You Should Read Different Versions of Scripture

By Nicola A. Menzie

Although studies indicate most Christians don’t read their bibles very often, those of us who do read Scripture on a regular basis tend to have more than one translation or version we turn to.

If you’re anything like me, you likely have several Bible translations you appreciate for offering a breath of insight into God’s timeless Word. However, if you don’t use various Bible translations or versions in your studies either because you’ve never thought about it or find that choosing the right ones is just too complicated, maybe this article will help you decide which ones to turn to.

Copy and Tweet This: Top Bible Translations: You Should Read Different Versions of Scripture https://faithfullymagazine.com/top-bible-translations/ No. 8 #MostPopular articles of 2019 @faithfullymag #YearInReview #YearInReview2019

Hip-hop artists Lecrae and Thi’sl, both Christians, reflected on their ties to slavery as they shared images and information about digging into their family histories on social media on Sunday.

The image he shared was a copy of a U.S. census ledger for “slave inhabitants” in a particular Arkansas county. The ledger was dated September 25, 1860, and included the names of slave owners and the number of people they held in slavery.

6. Are Jesus and John the Baptist Cousins or Related in Anyway?

Jesus and John the Baptist had a special relationship, according to the Bible. But what’s the extent of that relationship? Were they more than just cousins?

Copy and Tweet This: Are Jesus and John the Baptist Cousins or Related in Anyway? https://faithfullymagazine.com/jesus-and-john-the-baptist/ No. 6 #MostPopular articles of 2019 @faithfullymag #YearInReview #YearInReview2019

5. What About Black Abortions? The Pro-Life Movement and African Americans

Today marks the 46th annual March for Life, an event started in 1974 to call for the immediate end of legal abortion. The march functions as the marquee event of the American pro-life movement, one that exercises considerable power and influence in American culture. It defines elections, shapes public policy, and informs judicial nominations. Organizations like the National Right to Life and Family Research Council pour countless dollars into advocacy efforts. Despite its powerful public presence, the movement remains woefully ineffective with the community boasting the highest abortion rates: the Black community.

Although comprising only 13.4 percent of the U.S. population, African Americans account for an estimated 36 percent of all abortions, according to the Centers for Disease Control and Prevention. These stark disparities suggest considerable variance along racial lines in attitudes toward abortion. However, a 2018 study by the Pew Research Center found remarkable consistency in attitudes toward abortion across racial lines, suggesting that attitude may not be the determining factor in this disparity.

Copy and Tweet This: What About Black Abortion? Pro-Life Movement and African Americans https://faithfullymagazine.com/what-about-black-abortion/ No. 5 #MostPopular articles of 2019 @faithfullymag #YearInReview #YearInReview2019

4. Religious Liberty Is Meaningless if Christians Only Seek Justice for Themselves Last week, the first Sikh sheriff’s deputy in Texas permitted to wear articles of faith while on duty was shot and killed during a traffic stop. Ten-year veteran Sandeep Dhaliwal was a highly respected member of his law enforcement community, the Sikh community, and the broader Houston community. Dhaliwal has been hailed nationally as a hero and a trailblazer, and his family received condolences across the political spectrum from figures like Beto O’Rourke and Ted Cruz.

It is in moments like this that Christians should reflect on and celebrate the fact that we are not the only religious people seeking justice in our society. We can celebrate the life, courage, and heroism of Dhaliwal and give thanks to our God that he was a protector and defender of justice in our country.

Copy and Tweet This: Religious Liberty Is Meaningless if Christians Only Seek Justice for Themselves https://faithfullymagazine.com/religious-liberty-christians/ No. 4 #MostPopular articles of 2019 @faithfullymag #YearInReview #YearInReview2019

3. 8 Unpopular Truths About US Christianity, According to Jemar Tisby’s ‘The Color of Compromise’ 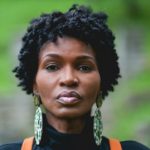 The election of Donald Trump beckoned American Christianity to examine its beliefs, flaws, and priorities, while highlighting a division that runs deeper than one—or two—presidential elections. In his timely book, The Color of Compromise: The Truth About The American Church’s Complicity in Racism, author Jemar Tisby presents a detailed historical account of the church’s many failings and limited successes combating racism within and beyond its walls. Starting with colonial America era and working his way to present times, Tisby discusses how the American church espoused the same racial ideologies as its secular counterparts, and often used the Bible to justify its horrific acts. The Color of Compromise is a disturbing yet necessary read if Christians are to accurately assess where we are and how our future can outshine our troubled past.

Copy and Tweet This: 8 Unpopular Truths About US Christianity, According to Jemar Tisby’s ‘The Color of Compromise’ https://faithfullymagazine.com/unpopular-truths-christianity/ No. 3 #MostPopular articles of 2019 @faithfullymag #YearInReview #YearInReview2019 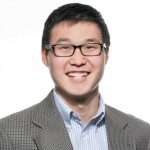 By Timothy I. Cho

An honest retelling of the interactions between European Christians and Native Americans in the land we know today as North America is fraught with the horrific realities of genocide, colonialism, and racism, often done in the name of Christ.

What was often framed in terms of “evangelism” and “mission” towards the Native American people were truly acts of patronization and cultural imperialism with pious flair. Native Americans who did convert to the Christian faith often did so on the condition of cultural assimilation—they had to shed their Native culture and traditions in order to be fully included among the people of God. Necessary work needed to be developed on what it meant to be a Native American follower of Jesus without throwing out Native culture and prioritizing European culture.

Copy and Tweet This: How Richard Twiss Followed Jesus Without Losing His Native Identity (Remember) https://faithfullymagazine.com/richard-twiss-remember/ No. 2 #MostPopular articles of 2019 @faithfullymag #YearInReview #YearInReview2019

By Nicola A. Menzie

This VBS story from 2019 takes the cake in terms of traffic, social shares, and overall referrals. The article revealed problematic and racially-insensitive elements of Group Publishing’s Vacation Bible School curriculum. As reported:

A Christian company that claims it is “trusted by thousands of churches,” has been criticized for its 2019 Vacation Bible School lessons that require elementary-age students to pretend they are slaves and mimic an African dialect with “clicks.” The Vacation Bible School curriculum also refers to Africa as a country.

Readers were further incensed when a company photo revealed an apparently all-White staff, leading to suggestions that if Group Publishing had a more inclusive and diverse staff, they could have avoided printing such offensive materials. Although the follow-up report didn’t receive quite as much attention, Group Publishing apologized and provided an updated and corrected curriculum.

Most Popular Articles of 2018 From Faithfully Magazine

‘Queen Sugar’ and the Resilience of the Black Family