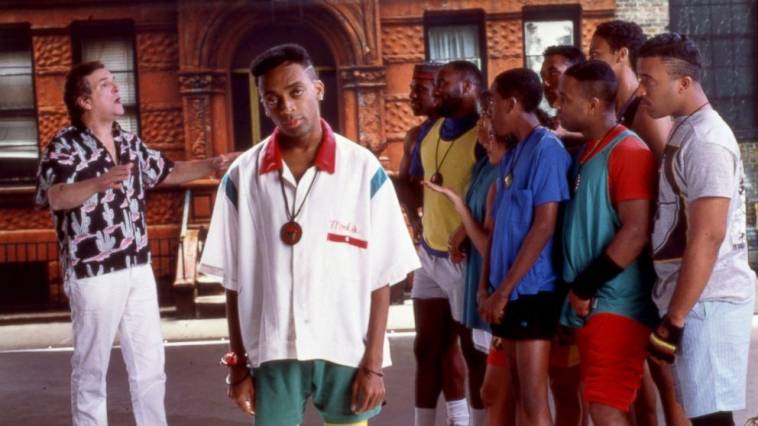 Spike Lee's "Do the Right Thing" distributed by Universal Pictures (1989).
64
SHARES
ShareTweetPin It

I’ve been talking about Spike Lee’s 1989 film “Do the Right Thing” a lot this past week. Too much, maybe. But sadly, the movie, 31 years old this year, offers startling insights into a struggling community of color who are forced to watch the police murder one of their own. Why do they react as they do? What is the right thing to do in response to such injustice?

American movies have been performing this valuable service from the very beginning, which should not be surprising. All of us remember being taught from junior high on that stories are about things, that they are our ways of understanding human experience. But films do more than deal with themes like racism, justice, and compassion; they also reflect the communities that create them and the societies that consume them, and so there is much we can learn about our present moment from consulting movies from the past hundred years.

We have to begin with D. W. Griffith’s “The Birth of a Nation” (1915), a work of towering importance then and now because of the way it crystallizes stereotypes about African Americans and myths about white supremacy in an epic about the Civil War, Reconstruction, and the rise of the Ku Klux Klan. James Baldwin called it a work of artistic genius and incitement to genocide, and the latter is that much more important because of the former. White supremacists to this day echo “Birth of a Nation’s” rhetoric in their calls for America to be an Aryan nation.

Thankfully other filmmakers have given us corrective views of the seminal historical periods it surveys. Steve McQueen’s “Twelve Years a Slave” (2013) shows us the actual torture and brutality of slavery, and Kasi Lemmons’ “Harriet” (2019) gives us the intelligence, courage, and sacrifice of its lead character Harriet Tubman, a direct refutation of stereotypes that blacks are lazy, weak, or lack a moral compass.

Related: Real Talk on Racism and Whitewashing in Hollywood

People of color are largely absent from films of the Twenties and following—absence is as troubling in its own way as misrepresentation—but several films offer insights into Black life in the first half of the Twentieth Century. Oscar Micheaux’s “Within Our Gates” (1920), the earliest extant motion picture made by an African-American filmmaker, was offered as a direct response to “Birth of a Nation,” and showed the possibilities for educated Blacks, who could aspire to any future they could imagine.

James Baldwin often highlighted the small but powerful role played by Clinton Rosemond in” They Won’t Forget” (Mervyn LeRoy, 1937), which captured the terror of a Black man caught up in the criminal justice system. African-American film reviews lauded Dooley Wilson’s Sam in “Casablanca” (Michael Curtiz, 1942) as the most fully-human Black role in American film to date. And in 1944, Frank Capra produced a documentary film “The Negro Soldier” which was widely shown to military of both races as well as in theaters. It was propaganda, yes, but a pleasant change from the ardent racism of earlier films, as African Americans were recognized as essential to American culture, and Black fighting men worthy of fighting alongside (in segregated units, of course) White soldiers, sailors, and airmen.

Sidney Poitier stands astride the Civil Rights era in films exploring the evolving relationships between Blacks and Whites. Stanley Kramer’s “The Defiant Ones” (1958), “Lilies of the Field” (Ralph Nelson, 1963), “In the Heat of the Night” (Norman Jewison, 1967), and most particularly Kramer’s “Guess Who’s Coming to Dinner” (1967) gave audiences of all colors the gift of a strong, intelligent, handsome, and dignified Black man and normalized seeing people of color in leading roles, even if the films were written and made by White filmmakers.

There had long been Black filmmakers telling Black stories, but never for a mass mixed audience. The Blaxploitation films of the 1970s were a step in that direction, and while they did repackage some stereotypes, films like “Shaft” (Gordon Parks, 1971) and “Super Fly” (Gordon Parks, Jr., 1972) also featured dynamic Black characters trying to take charge of their own lives in the face of institutional racism.

...films can help us dramatically understand inequities in the justice system, how the thriving economies of both the South and the North were built on the backs of slaves, or how people of color have been formally and informally ghettoized. Click to Tweet

Charles Burnett’s 1978 film “Killer of Sheep” was critically acclaimed although never widely seen, and its depiction of how lack of opportunity could lead to despair was a powerful indictment of a nation that continued to marginalize people of color. The films of Spike Lee and John Singleton then brought the Black experience to a broad national audience and redirected the conversation on race in the 1980s and 1990s. Lee’s “Do the Right Thing” continues, sadly, to be essential viewing, and Singleton’s “Boyz N the Hood” (1991) also presents an all-too-relevant picture of a Black community separated from Whites and left to die from deprivation, drugs, and gang violence.

Some contemporary films by people of color actually turn the genres and tropes of American filmmaking into a weapon against prejudice and injustice. In “Get Out” (2017), Jordan Peele retells the central story of “Guess Who’s Coming to Dinner” as a horror film with startling reversals of the stereotypes of traditional slasher movies, while in Spike Lee’s “BlackKklansman”(2018), Lee employs crime drama and Blaxploitation tropes to review the whole of American history to the present and find it riddled with racism.

You could and should, of course, read some of the essential writing that lays out how we’ve found ourselves in this crisis; Michelle Alexander’s The New Jim Crow (2010), Edward E. Baptist’s The Half Has Never Been Told (2014), and Richard Rothstein’s The Color of Law (2017) would be an excellent start. But in about two hours, films can help us dramatically understand inequities in the justice system, how the thriving economies of both the South and the North were built on the backs of slaves, or how people of color have been formally and informally ghettoized.

Someday I hope we will be able to look back on films about race and injustice as relics of a dark past. But for now, they are essential reminders of how we came to this present, and, perhaps, opportunities for us to have conversation about how to move into a more just future. 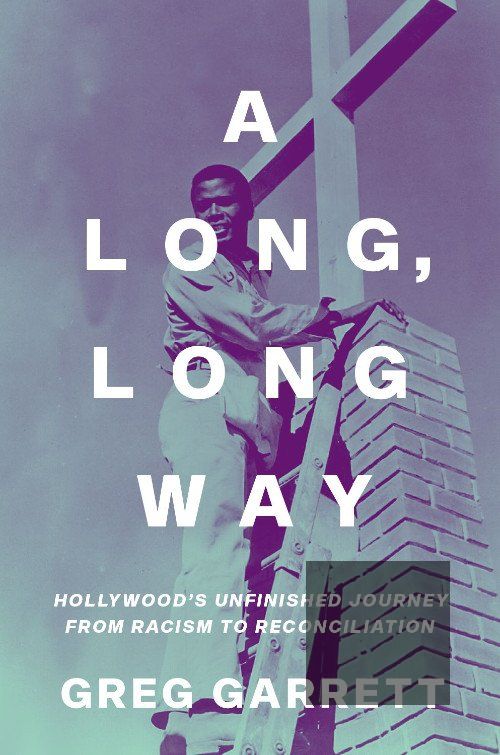 Greg Garrett is Professor of English at Baylor University, Theologian in Residence at the American Cathedral in Paris, and author of two dozen books, including the new A Long, Long Way: Hollywood’s Unfinished Journey from Racism to Reconciliation (Oxford University Press).