Native Americans Push for Inclusion Beyond Lessons About Thanksgiving

Native Americans Push for Inclusion Beyond Lessons About Thanksgiving 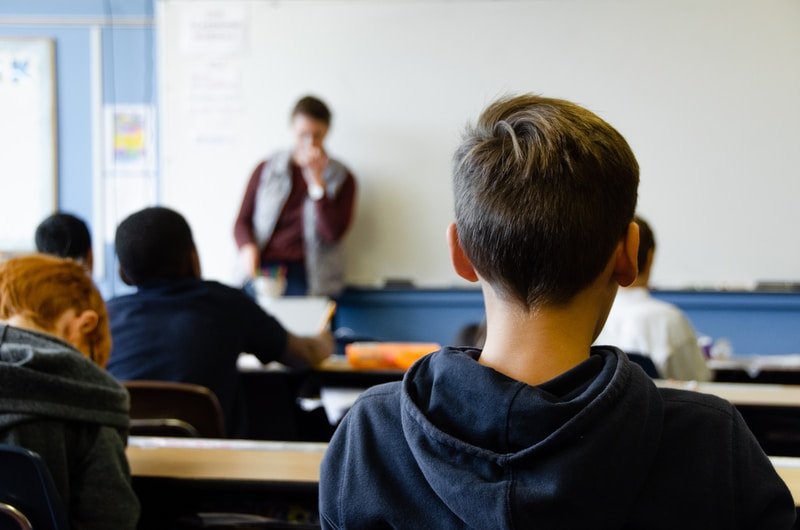 By Nadra Nittle, The 19th

Cindra Weber has seen educators romanticize the first Thanksgiving and its aftermath, separate students into “Pilgrim and Indian” roles and dress them up in thigh-bearing fringe dresses in misguided tributes to Pocahontas. But what most upsets the Lakota school district official is when teachers relegate Indigenous peoples to the past.

“Maybe 100 years ago, you guys were around, but let’s get real; this is the 2020s,” she recalled teachers telling her. Weber, the Indian education coordinator for the San Bernardino Unified School District in Southern California, reminds teachers that Native Americans still exist. “And we still teach our children the things our grandmothers taught us, that her grandmother taught her,” she said.

Weber is among the advocates pushing for lessons on Native traditions and cultures to be integrated into the mainstream school curriculum. Children of all racial backgrounds would benefit from learning about the contributions of Indigenous peoples, she told the California Assembly last month. A new study backs her up: It found that over 90 percent of students who took ethnic studies in ninth grade graduated within five years of entering high school, compared with 75 percent of their peers without such coursework. They were also significantly more likely to go to college. Educators say that ethnic studies courses get students from marginalized communities more invested in school, since these classes allow them to see their cultures and experiences in the curriculum.

“We need to be able to incorporate and recognize a people’s history, their culture and their contribution as part of the basic foundation of learning,” said Washington state Rep. Sharon Tomiko Santos, who chairs the House Education Committee. In 2005, in an effort spearheaded by a state senator and Tulalip tribe member John McCoy, Washington became one of the first states to incorporate Native American studies in K-12 classrooms with its “Since Time Immemorial” curriculum, which highlights Indigenous history and culture.

Those advocating for Indigenous studies in K-12 schools intend to give students the opportunity to learn about American Indians throughout the academic year rather than solely on Thanksgiving or Indigenous Peoples’ Day.

For generations, schools taught about Thanksgiving and Columbus Day from a Eurocentric perspective, emphasizing the triumphs of colonists and conquistadors and downplaying how colonization led to mass decimation of Indigenous peoples and forever changed their way of life. But in the 21st century, figures such as Christopher Columbus have faced fierce criticism for exploiting and enslaving Native Americans and West Africans. As his exploits have been widely publicized, a slew of cities, states, and schools have dropped Columbus Day in favor of Indigenous Peoples’ Day. Some have also reframed Thanksgiving lessons, teaching it from the perspective of the oppressed and the oppressor alike. These steps have strengthened support for schools to teach Native American culture and history beyond government recognized holidays.

“Native American issues should be talked about throughout the year,” said Ramos, who is of Serrano and Cahuilla heritage. Ethnic studies legislation has been “a way to start the dialogue and start the advocacy of Native American issues that have been overlooked for years in the school system and even by the state of California. Thanksgiving is coming up. Let’s talk about what truly happened as far as the destruction of cultures, the historical trauma, the genocide, the atrocities that go along with it.”

But the push for a curriculum that more accurately reflects the experiences of Native Americans has also encountered resistance. In August, educators tasked with creating new South Dakota social studies standards to improve students’ knowledge of Native American history criticized Gov. Kristi Noem’s administration for removing portions of the guidelines so that they align with the lawmaker’s vision of a “patriotic education.”

Nearby Montana, which enacted the Indian Education for All law in 1999, well before any other state passed similar legislation, was sued by the American Civil Liberties Union in July, which alleged the state is failing to ensure that schools teach Indigenous history. And in California, some districts have voted to narrow what youth can learn about racism as lawmakers have rallied around ethnic studies legislation.

Some districts have been forced to more closely examine how Native issues are portrayed and harmful stereotypes can be embraced. In October, the Riverside Unified School District in Southern California made national headlines after a video of a White teacher, wearing a paper headdress, war whooping and tomahawk chopping during a math lesson went viral.


The teacher was placed on leave, and the board of education responded by holding a study session with tribal councils to develop ways to better serve Native American students and strengthen cultural competency, diversity and equity district-wide. Both Weber and Ramos are among the Native community leaders giving recommendations to the school district. Weber has recommended that the school district start an Indian Education Program to ensure they’re meeting the needs of Native students. Ramos has advised the district to establish a local American Indian Task Force to review its curriculum and develop connections with local Native American groups. He also wants the district to develop policies that would hold administrators — from the superintendent to school principals — accountable for how lessons about Native Americans are taught.

Although an ethnic studies curriculum could be uplifting for students, an authentic Native American curriculum, Ramos said, would not ignore the brutalization of California’s Indigenous peoples, who today make up 1.6 percent of the state’s population. Historically, they were shackled and flogged in the state’s mission system, Ramos pointed out, and forced into boarding schools. His grandmother was no exception.

“She was sent to St. Boniface School where they tried to strip her of her culture and assimilate her,” Ramos said. “But being as strong and resilient as she is, she kept the culture and kept it moving forward. And it’s strong Indian women, like my grandmother and others, that kept the culture alive, that were then able to teach us the language and teach us about who we are as California Indian people.”

In addition to teaching about the systemic discrimination Native people endured, a robust curriculum would also differentiate between tribes, said Ramos, who objects to the idea that Native peoples can be “pan-Americanized.”

“So, it has to be within the local districts themselves to learn about the contributions of the [Indigenous] people in their immediate area,” he said. “There’s so many people that think that all California Indian people are the same, speak one language and use the same songs, and it’s totally different.”

Shasta County in Northern California has made a distinct effort to include area tribes, including Pit River, the Wintu Tribe of Northern California, Winnemem Wintu and the Redding Rancheria, in its efforts to improve how schools teach about Native American history and culture. It was spurred by listening sessions around chronic absenteeism among Native American students, said Judy Flores, Shasta County Office of Education superintendent of schools. Out of that, grew the Shasta County American Indian Advisory, which includes representatives from the four main tribes and helps develop classroom lessons. The advisory group has helped develop lessons on history and social science and hopes to branch out to other subjects, such as science and arts, Flores said.

“We’ll talk big picture — ‘This is the idea we want to address’ — and then they will bring forward the content from their tribe, and then we have teachers that we are paying to draft up the lessons in a way that’s engaging for students,” Flores said. “Then, we hand those lessons back to the tribes and ask if we have accurately portrayed the tribe in this lesson. Quite honestly, there’s been quite a bit of revision, which is OK. It’s not about how quickly [the lessons] get out. It’s really about getting the story right.”

Washington state has recently made it mandatory for educator preparation programs to include training for cultural competency, diversity, equity and inclusion based on standards currently in development.

Teachers need this sort of training, Weber said. She remembered how a teacher planned a lesson that would’ve required her young grandson, now a teenager, to dress up as a Pilgrim for a mock Thanksgiving feast. Her grandson vehemently objected, so Weber dressed him in a traditional ribbon shirt and she and her cousins accompanied him back to class in their buckskins. Rather than resent their presence in the classroom, the teacher embraced it, she recalled.

“I think she loved it,” Weber said. “She didn’t know that Indians are still alive.”

The National Museum of the American Indian’s Native Knowledge 360° initiative, which includes lesson plans that aim to transform and teaching and learning about Indigenous peoples.

The Learning for Justice website provides resources teachers can use to teach Thanksgiving responsibly.