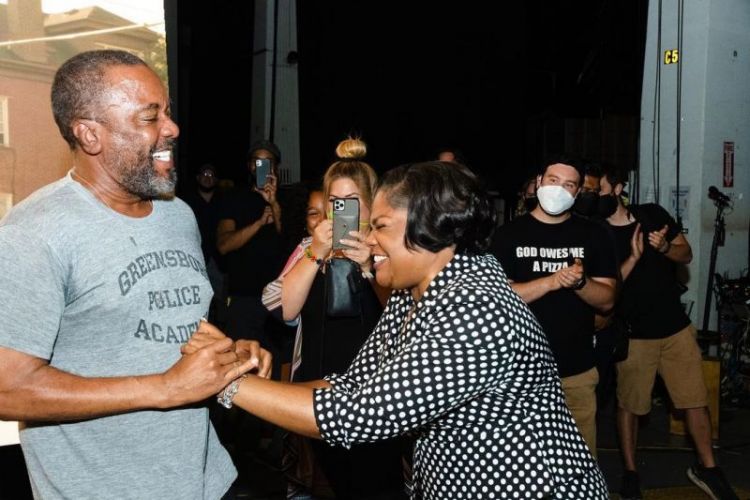 Lee Daniels and Mo'Nique on the set of "The Deliverance," a future Netflix movie. (Photo: Instagram/Lee Daniels)

Director and producer Lee Daniels and actress Mo’Nique have finished filming their “reunion” project, “The Deliverance.” The Christian horror film, snapped up by Netflix earlier this year, is inspired by true events an Indiana family said they faced after moving into a new home.

“It’s a wrap for @therealmoworldwide for #TheDeliverance,” Daniels captioned an online photo of himself and the actress on September 2. “Our journey continues…”

“The Deliverance” is in the same vein of other based-on-true events movies, such as “The Amityville Horror,” “The Exorcist,” and “The Conjuring.”

The Netflix film, (previously referred to as “Demon House”) reportedly features Mo’Nique as a social worker assisting mother Latoya Ammons (the actress portraying her is not yet known). In real life, Ammons and her three children experienced unsettling events in their Gary, Indiana home.

It was revealed in a 2014 feature article by the IndyStar, titled “The exorcisms of Latoya Ammons,” that several people witnessed unexplained phenomena plaguing the family. Among those initially skeptical witnesses were individuals affiliated with the local police department, a church, hospital, and child services department. Perhaps one of the most shocking claims reported by the newspaper was that Ammons’s 9-year-old son had walked “backward up a wall in the presence of a family case manager and hospital nurse.”

Ammons and her mother reportedly told the IndyStart that they had contacted two clairvoyants to help make sense of their situation. They said they were told the home “was besieged by more than 200 demons.”

“Their explanation made sense to [Ammons’s mother] and Ammons, they say, because it meshed with their Christian faith,” the paper reported. The Rev. Michael Maginot eventually got involved, after a call from a hospital chaplain, to perform the exorcisms.

“Trying to find the balance between faith based and horror is the hardest thing I’ve done as a filmmaker,” Daniels confessed in May.

“The Deliverance” marks the first time the filmmaker and Mo’Nique have worked together in 13 years. The duo had a falling out after the release of their award-winning 2009 movie “Precious.” However, they have reconciled. The actress/comedian reposted Daniels’s September 2 photo on Instagram with the caption: “WE BACK!!!!” and “I LOVE US 4REAL.”

“The Deliverance,” which has several top-notch actors tied to it, has not yet received a release date.