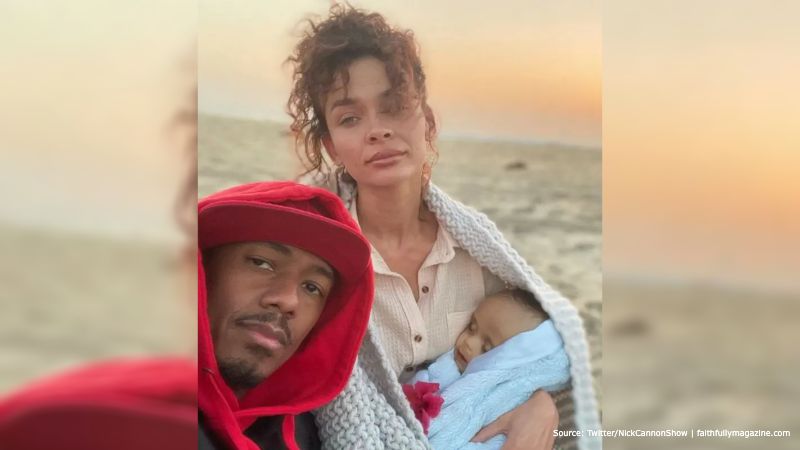 Nick Cannon, Alyssa Scott, and their son Zen appear in an undated photo together. (Photo: Twitter/NickCannonShow)

Cannon shared the heartbreaking news during the filming of his eponymous show on Tuesday, December 7.

The star shared how he and Zen’s mother, Alyssa Scott, had grown concerned about the five-month-old’s noticeable breathing not long after bringing him home.

Visibly upset, Cannon revealed that he had also had minor concerns about the size of his son’s head.

An eventual visit to the doctor’s office confirmed their worst fears.

Cannon and Scott learned that their child had a malignant tumor, or brain cancer. The condition had been causing fluid to collect in Zen’s head, Cannon said.

Doctor’s immediately operated. Cannon and Scott, who the actor applauded for her demeanor during the whole ordeal, hoped for the best.

Zen seemed to have been making progress, until things took a turn for the worst over the Thanksgiving holiday, Cannon said.

“The tumor began to grow a lot faster,” he said.

Zen passed away on Sunday, December 5.

Cannon revealed that he had been encouraged by others after learning of Zen’s brain cancer to “pray for miracles” — presumably that his baby boy would be healed. However, the celebrity, who said he had “so much faith in God,” prayed for a certain kind of miracle.

“I prayed for the miracle of God’s strength. That’s why I’m here with you guys today,” he told his audience.

Cannon, 41, said he believes God “puts the most and heaviest weight on the shoulders of his strongest soldiers.”

“So I’m here showing that I can fight through this,” he said, while not denying that he was still “feeling” the loss of his son.

Tears still staining his face, Cannon did indeed push through with his hosting job, and went on to introduce the show’s guests.

Cannon was reportedly raised as a Christian but has expressed interest in various other religions. He has fathered a total of seven children with at least four women, including two with singer Mariah Carey. Zen, born June 23 was his youngest, and only child with Scott.

About 5,000 children are diagnosed with brain tumors every year, according to Johns Hopkins Medicine.

Interview: Drew Hart on How Fusing Americanism and Christianity Tarnishes Our Witness