Archaeologists Find Remains of One of America’s Oldest Black Churches

Archaeologists Find Remains of One of America’s Oldest Black Churches 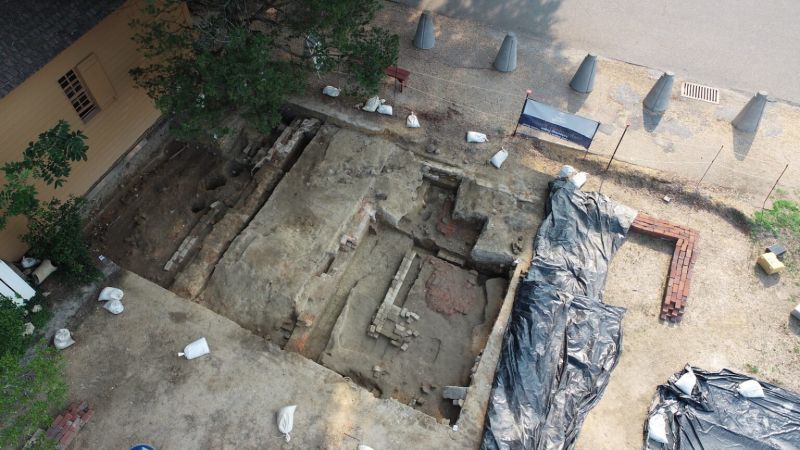 (RNS) — Archaeologists believe they have discovered the foundation of the original building of the First Baptist Church in Williamsburg, Virginia, one of the nation’s oldest Black churches.

The announcement, shared first with descendants of First Baptist Church members, was officially made on Thursday (Oct. 7) by Colonial Williamsburg Foundation, which runs the well-known outdoor living museum and historic district in Williamsburg.

“The early history of our congregation, beginning with enslaved and free Blacks gathering outdoors in secret in 1776, has always been a part of who we are as a community,” said the Rev. Reginald F. Davis, pastor of First Baptist Church, in a statement.

“To see it unearthed — to see the actual bricks of that original foundation and the outline of the place our ancestors worshipped — brings that history to life and makes that piece of our identity tangible.”

The discovery of the first permanent structure of the church — which is set to celebrate its 245th anniversary on the weekend of Oct. 9-10 — comes after a year of excavation at the site.

Archaeologists located a 16 X 20-foot brick foundation atop a layer of soil that has been dated to the early 1800s. It sits beside brick paving under which was found an 1817 coin.

Tax records have indicated that the congregation was worshipping on the site by 1818 in a building called the Baptist Meeting House, which was likely the congregation’s first permanent home.

Jack Gary, Colonial Williamsburg’s director of archaeology, said he considers these finds to be just the start of continuing research.

“We always hoped this is what we’d find,” he said in a statement. “Now we can move forward to better understand the footprint of the building. Is it the only structure on the site? What else was around it? What did it look like? How was it being used?”

During their search, which started in September 2020, archaeologists also have found evidence of at least 25 human burials at the location.

What remained of the church’s original structure had been covered up by the foundation of a brick church built in 1856 after the first structure was felled by a tornado. Later, it was paved over in the construction of a parking lot. Negotiations between the church and Colonial Williamsburg have brought the church’s history into the open in the last five years.

First Baptist relocated to Scotland Street in 1956. The excavation work at the former site near Nassau and Francis streets will continue as archaeologists seek to learn more about the first permanent structure, pinpoint burial sites and learn more about the spiritual practices of the early worshippers.

The church was started in 1776 by enslaved and free Blacks, defying laws forbidding African Americans to congregate. They started in a brush arbor — a clearing in the woods surrounded by posts and covered with branches — where they met secretly to pray and sing on a Williamsburg plantation. They relocated to a rural area outside Williamsburg before moving to the site where the recent discoveries were made.

Colonial Williamsburg acquired the land on South Nassau Street in 1956 from what became known as First Baptist Church. The foundation razed the building and paid for the construction and land costs for the congregation’s current building, which opened the next year.

“Colonial Williamsburg is committed to telling a more complete and inclusive story of the men and women who lived, worked and worshipped here during our country’s formative years,” said Cliff Fleet, president and CEO of the Colonial Williamsburg Foundation, in a statement.