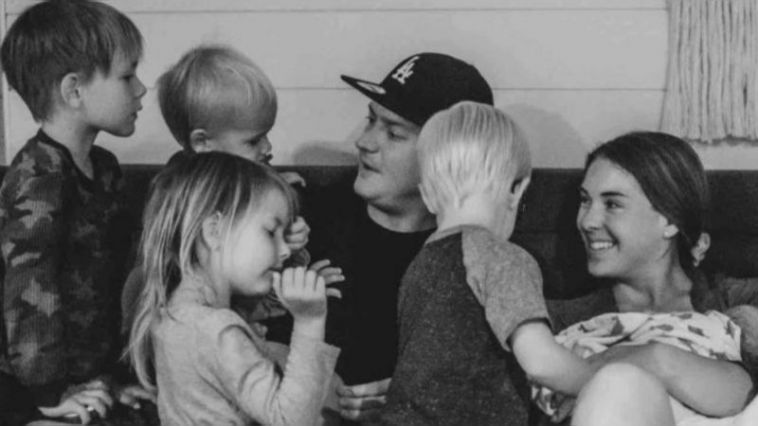 The Hilkens. (Photo: screengrab via GoFundMe)

Paige Hilken, wife of pastor Christopher Hilken and with whom she had five children, has died by suicide, North Coast Church pastor Larry Osborne revealed in a sermon broadcast on Sunday.

“Hey, North Coast family. I’m sure by now that most of you have heard the terrible news that Paige Hilken, Christopher Hilken’s wife, took her life earlier today,” Osborne announced in a message recorded Saturday, July 31, and published to YouTube the following day.

Osborne said Pastor Hilken had taken time off in the past several months “to focus on helping Paige through the sudden onslaught of mental and emotional pain that she was battling.”

Paige, who had recently given birth to her fifth child, had “just checked into one of the top places in the nation, one of the best clinics that deal with what she was going through, but sadly it wasn’t enough,” Osborne said.

A GoFundMe campaign set up for the Hilkens had amassed $363,392 by the writing of this article. The initial goal of the campaign, organized by Renee Finley, was $25,000. Finely informed Faithfully Magazine via email that Paige was her sister.

Paige Hilken received a catastrophic medical diagnosis in April that led to PTSD and other co-occurring mental health issues. Tragically, Paige lost her battle with her mental health diagnoses; taking her life while in a world class mental health facility in Arizona.

The Hilken’s have had such an amazing impact on so many lives from North Coast Church to Hume Lake to Paige’s hometown of Fort Jones and nationally through their teaching and counseling ministries. With the news of the unexpected passing of Paige Hilken, we have had so many people reach out and ask how they can help. One of those ways is to help ease the financial burden that Christopher will now take on to raise 5 babies as a single parent including final expenses for Paige and the loss of income from Paige’s businesses.

There will be a host of brand new giants to face for Christopher who faces a new normal as a single dad of 5 kids under the age of 6, we would love to make sure that finances aren’t a burden for him in this season.

According to North Coast Church’s website, Christopher Hilken is a teaching pastor. He also leads the young adult program at the Vista, California, megachurch. His biography on the church website describes his relationship with his wife and children as his “most important ministry.”

Paige Hilken, who described food as her “love language,” blogged about spending her “days in the trenches of motherhood, ministry, homeschooling and entrepreneurship.”

Paige, 27, also had a business called Hilken Homemades, which she promoted on her personal Instagram account with 14,000-plus followers. However, Paige mostly posted photos of her family and faith-based messages to her account.

In one of her most popular Instagram posts, the mother of five encouraged other couples, writing: “Marriage is GOOD. ⁣Children are GOOD. ⁣A GOOD marriage is GOOD for children.⁣”

She added: “Again, don’t let culture define what is normal and good. Be set apart and lean into Gods [sic] incredible design for marriage and families. There is so much joy to be found there when we do…”

Pastor Osborne, who broke the tragic news of Paige’s death to the North Coast Church family, preached about understanding mental illness in a “special message.”

The National Suicide Prevention Lifeline offers 24/7, free and confidential support for anyone in distress, as well as prevention and crisis resources via 1-800-273-8255 and suicidepreventionlifeline.org. You can also speak with a crisis counselor at the Crisis Text Line by texting “HOME” to 741741.