Politics Over Trump Drove Some White Evangelicals From Church?

Politics Over Trump Drove Some White Evangelicals From Church? 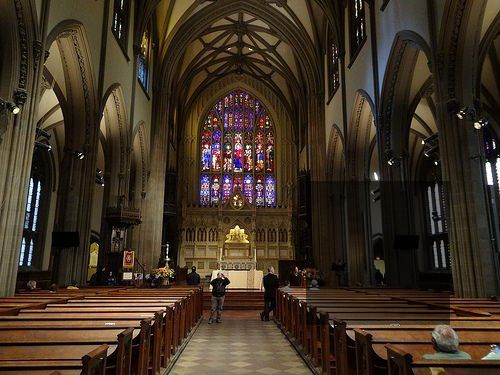 The 2016 presidential contest highlighted just how deeply divided the United States is over both politics and religion. The vast majority of white evangelicals (81 percent) voted for Trump. A strong majority of religious “nones” — those who do not identify with any religious tradition — voted for Clinton (68 percent).

Of course, the divide does not stop at the vote. For example, between May 2016 and February 2017, almost every religious group came to oppose Trump’s proposed temporary ban on allowing Muslims into the U.S. The exception? White evangelical Protestants, who increased their level of support for the policy. The largest gap on this issue is the one between evangelicals and nones, which grew from 28 to 41 percentage points.

How did we get here? One answer is sorting. That is, people may reevaluate their religious membership when they sense political (or other) disagreement, leaving their houses of worship more homogeneous organizations. While this happens across the religious spectrum, here we highlight new evidence that disagreement over Trump’s candidacy actually led some evangelicals to leave their church.