Praying the Angry Psalms as Fuel for Liberation

Praying the Angry Psalms as Fuel for Liberation 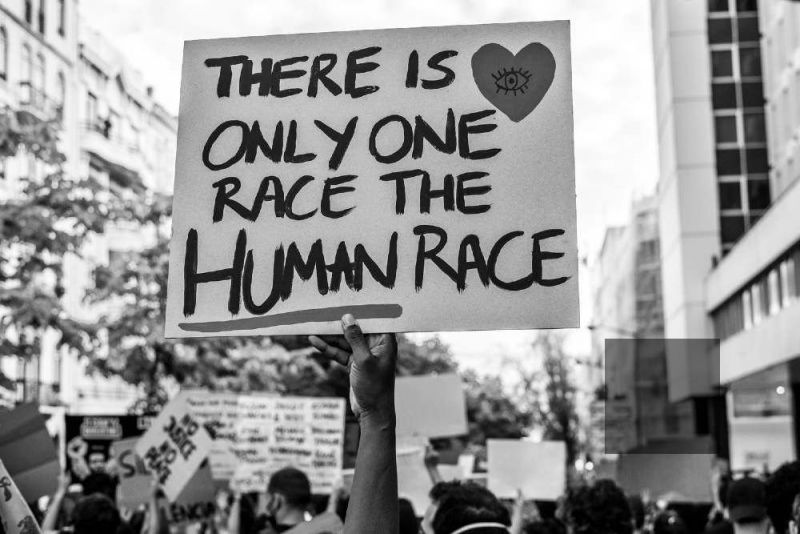 I may never understand why anger and fear feel exactly the same. Chest tightening. Pulse racing. That lump in your throat as you consider your next move. I have felt one and it looked like the other so many times that I can’t even trust myself in the moment to know with which emotion I’m actually being hit.

This mixture of emotions came to a peak personally on May 31. This was the first weekend of protests that started in Minneapolis over the police killing of George Floyd. Protests eventually spread to at least 1,700 places across every state and over 40 countries around the world. We all remember those, right? They were the protests in which many who were silent on the death of an innocent man became instantly outraged over broken windows and stolen Target soap.

Anger was swirling in my head one night as helicopters buzzed across Dallas and police sirens drowned out the sounds of a rainstorm. The anger grew as texts from concerned friends poured in. They saw on the news that police had started shooting flash bangs and tear gas at protesters.

I was fed up about the injustices that have existed since this country’s founding. I was fed up with people who supposedly “get it” yet who still think patience is an option. I was fed up as my Twitter feed showed video after video of police beating fleeing protesters. I was fed up after watching a Black couple in Atlanta get tased for absolutely no reason. I was fed up with the fact that there would be no repercussions for cops whose bad behavior was not caught on tape.

I was afraid. So afraid. And I wasn’t sure what to do, so I turned to the Book of Psalms.

The 150 psalms cover everything from giving God thanks to being jealous of the rich to wishing death upon an enemy’s children. These are normal human emotions. What is unhealthy is when believers hold up “niceness” as a virtue, above justice and righteous anger,

'When we understand that the Psalms were often written from difficult stages of life we see that this prayer book is a God-given response to society’s injustices.' Click to Tweet

Our God-given anger toward evil is righteous.We should be angry at injustices. There is no way that injustice should exist side by side with a passive church. Dante Stewart put it this way in his article on Black rage: “Black rage in an anti-[B]lack world is a spiritual virtue. Rage shakes us out of our illusion that the world as it is, is what God wants. Rage forces us to deal with the gross system of inequality, exploitation, and disrespect. Rage is the public cry for black dignity. It becomes the public expression of a theological truth that [B]lack lives matter to God.”

Whereas Stewart writes on the public value of rage to point out society’s ills, I aim to emphasize the importance of rage in prayer as fuel in the fight for liberation.

Justice work can be exhausting. Anger is something found in the Psalms consistently as a God-given response to the evil that exists in a sin-marred world. When it comes to lament and anger these practices are often shunned in favor of spiritual disciplines that can coexist with the dominant culture. It is very difficult for those who are in power to mourn over the state of the oppressed when they personally benefit from the way things are. When we understand that the Psalms were often written from difficult stages of life we see that this prayer book is a God-given response to society’s injustices.

I have found that praying the Psalms has been both therapeutic and necessary; life-giving and anchoring; and relieving and fueling. It has proven to be an invaluable tool in these particular times.

It is very comforting to pray the same prayers that were prayed by the psalmists—some of the very same prayers that Jesus recited during his suffering on the cross. These prayers shaped churches that have been oppressed throughout history and these same prayers can help strengthen our connection to God and revive us in difficult circumstances.

Praying the Psalms allows us as humans to express our God-given emotions (as messy as they can be) in a space that is both honest and faithful. Far too often we’ve been afraid to think that we can only bring a certain kind of appearance to God in our prayers. For some of us, that may look like a formal and somber approach. For others, it may be talking to God “just like you would your best friend.” These approaches often fail to take into account the rage we may feel over injustices or the emotional energy spent engaging in the kind of work that brings relief to those being crushed.

How do we pray then?

Take Psalm 109. It is a clear example of a time in which someone was bouncing back from wishing to see their enemies destroyed and in the same breath giving thanks to God for his goodness. Can you imagine hearing this prayer today?

“God could you please kill my enemy? Not only that but I rejoice at the thought that his kids will be wandering and begging. Not only that but I want the IRS to snatch up all his property so his whole name is tarnished. And please don’t allow anyone to show mercy to his widow and orphaned kids” (the author’s interpretation).

That is only verses 9-12 in this passage! However, what this psalm allows someone to do is express and own this emotion unfiltered. Instead of anger and shame, there is freedom. So as we pray this psalm ourselves we, too, are free to go to God with the hate that we may have in our hearts toward oppressors. Taking our anger to God allows Him to redirect that energy into something more for our good.

When we examine the words of this psalm and contextualize them to our own situations, that is the beginning of prayer. That prayer can embody our anger at seeing videos of dead Black bodies played over and over on TV and on social media. It can contain the violence we feel toward those who legislate evil policies that put children in cages. We do not repress the anger that helped us understand a societal ill. However we let that anger fuel our prayers to God Who can direct us to loving actions toward our neighbors. Such a prayer is offered up to God in our own words using the psalmist’s prayer as the template for our approach to God.

Walter Brueggemann says: “The Psalms serve to legitimate and affirm these most intense elements of rage. In such speech, we discover that our words (and feelings) do not destroy the enemy, i.e, they are not as dangerous as we thought. The world (or God) is not as censorious as we feared. Such speech puts rage in perspective” (Brueggemann, 66, Praying the Psalms: Engaging Scripture and the Life of the Spirit).

Anger is a lot like fire in the ways that it has so much potential for both destruction and cultivation in our lives. When fire is harnessed it can be used to send a rocket into space and when it’s misused can burn a forest down in days. While anger is a God-given diagnostic to sense what is unjust in society, it is an inadequate fuel that can lead to burnout and emotional exhaustion. In a culture that seeks to demonize anger as either immature or radical we can harness this emotion for our expressions of faithfulness toward a God who is both capable, and understanding of our expressions.

Kevin Garcia and his wife, Miriam, live in Dallas, Texas, where they work and serve at the Mercy Street mentoring ministry. Garcia is currently in seminary and emphasizes study in areas of theology, justice, politics, historical theology, and global theology. In his extra time he loves reading and co-hosts a podcast, “Lord Knows,” discussing spirituality and hip-hop. Follow Kevin on Twitter and IG @realkevingarcia.