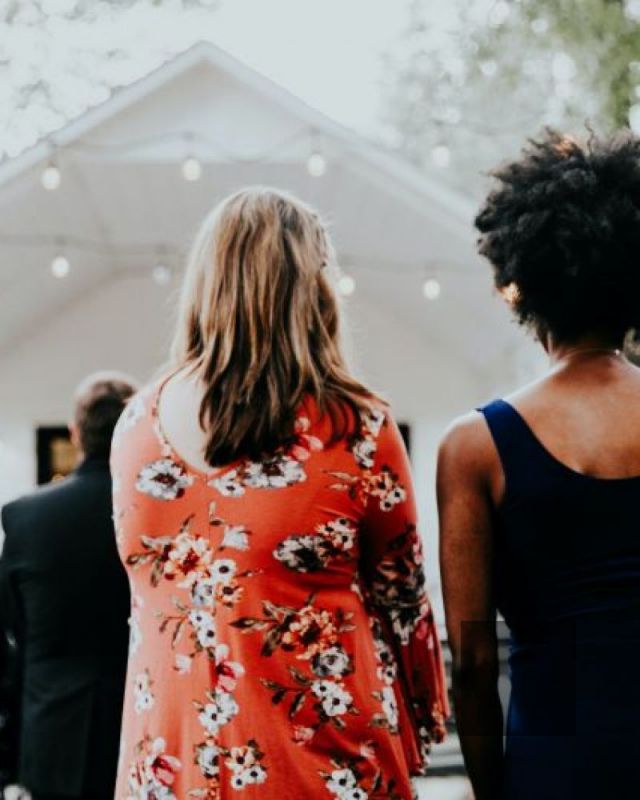 Covid-19 and the measures taken to contain it over the last several months have contributed to a surge of interest in racial justice and anti-racism, exemplified by nationwide protests, random acts of reparations, book buying, and innumerable social media posts. That Angela Davis quote—“In a racist society it is not enough to be non-racist, we must be anti-racist”—started popping up in my Instagram feed regularly.

Besides books by Angela Davis, there have been and are still being written books similar to How to Fight Racism, This Book Is Anti-Racist, and Antiracist Baby. One can read books called So You Want to Talk About Race and White Fragility. People are making a living as anti-racist educators and business consultants. Ecclesiastes says that “of the making of many books there is no end.” For 2020, I think it could also say, “of the making of many consultants there is no end.” I know people for whom 2020 was a pivotal year in their racial justice journey, so I don’t dismiss the progress they’ve made via the aforementioned resources.

Before You Buy That ANTI-RACIST T-Shirt

First, a disclosure: I’m a White lady married to a Black man, with Black/biracial kids, living in a fairly Black neighborhood. The younger kids attend an almost all-Black neighborhood school and our city is 45 percent Black. Racism and anti-Blackness harms almost every part of my life, so I am not neutral on the subject. I make this argument from a place of love, sure, but also from self-interest. If my husband and children are flourishing, if our classmates and communities are flourishing, if the Black people in our city are flourishing, I will flourish too. If they aren’t flourishing, I will wither along with them.

As 2020 comes to an end, the coronavirus pandemic continues to rage, and despite Joe Biden being elected president, it’s become clear to me that some of the anti-racist fervor among my fellow Whites has dwindled.

A September AP-Norc poll found that support of demonstrations for racial justice among White Americans has fallen to 35 percent, from 53 percent in June. Maybe they read a book and decided that was enough or maybe other parts of their life became more interesting, I don’t know.

Being an anti-racist puts you in a posture of always being against, always looking for conflict, and it seems for many people, it isn’t sustainable.

Beside the dwindlers, White adopters of the phrase “anti-racist,” have become increasingly self-righteous, as I’ve witnessed in social media spaces. They’ll correct Aunt Clarice on Facebook, wear the t-shirt, be the first one to call someone who disagrees with them “racist,” but their praxis remains mystifying. Between the fizzle of the one group and the agitation of the adopters, I myself have become leery of the label altogether and reluctant to claim it for myself, despite desperately wishing for a racism-free world.

Honestly, some of my reluctance is because I can’t figure out if it’s supposed to be “I am anti-racist” or “I am an anti-racist,” and I get distracted wondering how it affects the conception of oneself and one’s identity to use a noun, versus an adjective, as the descriptor. Either way, I am either too committed or too passive to wear the t-shirt. And to quote Kawhi Leonard, “It doesn’t matter if we have a statement on the back of our jersey, it’s about doing the work.”

The Bible Is Pro-Black

There’s an adjective I want to start using, one that I think will be more helpful. I’ll always be a handful of nouns—a Christian, a mom, a writer, a gardener—but the adjective I want to put in front of all of them is “pro-Black.” Being an anti-racist puts you in a posture of always being against, always looking for conflict, and it seems for many people, it isn’t sustainable. Being pro-Black allows us to build and live constructively. It’s hard to practice a negative—it’s easier to envision positive actions.

Whether being pro-Black is looking to your own interests or the interests of others, being so fulfills the biblical mandate of Philippians 2:4 (“Each of you should be concerned not only about your own interests, but about the interests of others as well.”). Issa Rae’s “I’m rooting for everybody Black” remark is a good measure. Living your life and your politics with “is this good for Black people?” as one of your guiding questions may seem self-evident to some, yet completely overwhelming to others. But in a country where 70 million people still voted for Donald Trump (who has definitely been bad for Black people) and where, from the beginning, anti-Blackness was employed for White profit, it’s worth asking—over and over.

The initiative draws on economic and sociological research to argue that when Black women are centered in policy making, society as a whole flourishes and is prosperous.

It turns out that when we ask “is this good for Black people?”, the implications are really great. There’s a new policy initiative from the Roosevelt Institute branded with the hashtag #blackwomenbest. The initiative draws on economic and sociological research to argue that when Black women are centered in policy making, society as a whole flourishes and is prosperous. So for those who stumble over the “pro-” being only for “Black,”—don’t worry. Being for Black people is also being for you, I promise. This is not a wholesale endorsement of everything in those policies, merely a recognition that Philippians 2:4 constrains us to turn our hearts around and worry about other people. Our society is shaped in ways that are disproportionately bad for Black people (and especially Black women) but good for White profit. It must be reshaped by our hearts and our actions being pro-Black.

Being pro-Black will still be hard and confusing. Not all Black people agree on what is best for their communities, and what could be best for an individual won’t necessarily be best for a larger group. Being pro-Black takes humility. Put your White self, if you have one, into situations that are both majority-Black and Black-led and listen. I don’t want to be telling Black people (besides my kids) what to do, but do take a minute to think about how your actions and life choices affect the Black people who are most marginalized and experience the most disproportionate effects from our racist society. Read the research by Black sociologists. Don’t only listen to Black people with whom you already agree, especially if you’re just trying to quote Thomas Sowell. As a member of a Black family, I can tell you that housing segregation, police brutality and impunity, the defunding of public education are racial justice issues that affect our family—and there’s lots more. But any kind of engagement (with lots of humility for White people) and embrace of Black people’s abundance is better than ignoring Philippians 2 and living only for your own interests.

Be pro-Black. Root for everybody Black. Root for my family. Look after all our interests. If you make “anti-racist” into the identity which holds your value, that pursuit will easily devolve into gatekeeping, a heroic narrative which is ultimately inimical to creating solidarity, or a crushing weight of failures. Being a pro-Black Christian, however, allows you and me to grow, to build lives that aim for reparations and restoration, fortified by Jesus’s grace and forgiveness, firm in his love, with ready hearts for the work set before us. That will lead to flourishing for you, no matter your race. When we work for a world, for a country where Black people thrive, I think Angela Davis will be happy and Jesus will be glorified.

Emily Jane Hubbard is a White Mississippian now living in St. Louis, Missouri, with her husband, who pastors a multiethnic church. They have four children.