Can Black Pentecostal Christians Be Progressive and Still Be Accepted?

Can Black Pentecostal Christians Be Progressive and Still Be Accepted? 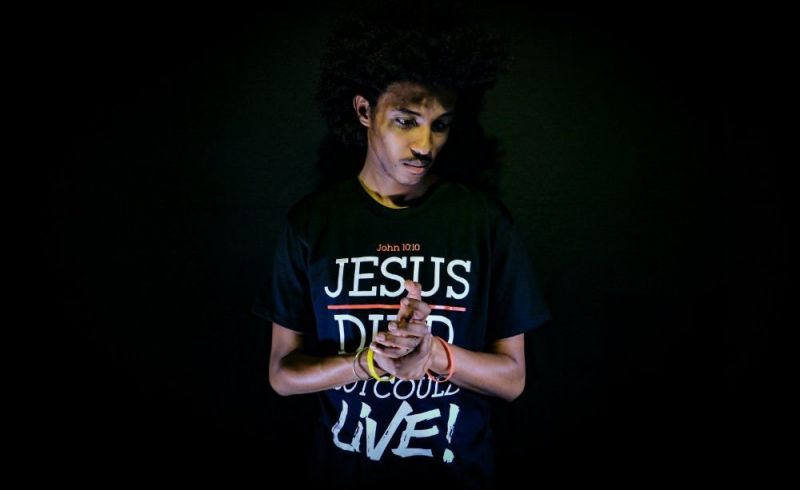 “We call them faggots. I’m not calling you that, understand?” These words were uttered during a ministry moment at the Women’s Day service of the Church of God In Christ (COGIC)’s 111th Holy Convocation. As the oldest and largest African-American Pentecostal denomination in the world, COGIC is known for an unapologetic stance on holiness. However, the church has found itself in the social media spotlight in the last few years due to the poor language choice of some of its speakers, including Mother Frances Kelley as seen in this video. While Mother Kelley is a noted and loved figure in COGIC, the slur she utilized must not be excused or shooed away because of her age. There must be an intentional critique and denunciation of such language.

The African-American church, for centuries, has stood as an institution built on community, family, justice, and holistic existence (freedom). However, the recent shift within American culture and society has found the church—both White and Black—at an ethical and moral crossroads. This is a juncture that causes churches and parishioners to re-evaluate their theology and historical stances on matters that traditionally were fixed—those being, but not limited to, gender equality, marriage, and sexuality.

, Jarena Lee, and William A. Seymour

, pastor of the Azusa Street Mission in Los Angeles and father of the worldwide Pentecostal movement; Bishop Charles Harrison

(C.H.) Mason, founder of the Church of God in Christ (COGIC); Mother Lizzie W. Robinson, First General Supervisor of COGIC; and the Rev. L. Venchael Booth, founder of the Progressive National Baptist Convention (PNBC). Each of the aforementioned individuals are noted as reformists, and we find ourselves in need of reform, once again.[emaillocker id=60875]

To be a Pentecostal can be defined as “relating to, or constituting any of various Christian religious bodies that emphasize individual experiences of grace, spiritual gifts (such as glossolalia and faith healing), expressive worship, and evangelism.” Nevertheless, Pentecostalism along with Protestantism as a whole must determine if reform or decline will be the choice of the day.

“Can you be a Progressive Black Pentecostal Christian and still be accepted?” This question has seemingly been asked repeatedly in recent years as we witness American society shifting progressively and, some may say, toward liberalism. As the world shifts and examines its practices, so too must the church. Among Pentecostals there are staunch areas of belief and/or difference as it relates to women in ministry and their ordination; sexuality; speaking tongues as an initial evidence or a gift of the Spirit; the role of social justice in the church; as well as the arguable necessity of seminary and theological education.

The Church of God in Christ and other historic Black denominations were not forced to confront the aforementioned areas in their early years, yet such tensions did exist: women were appointed as pastors and founded their own churches; varied experiences as it relates to the “indwelling” of the Holy Spirit; prominent leaders participated in the Civil Rights Movement; and others received a seminary education. Although COGIC is highlighted, these issues are not solely limited to that denomination. These are common areas of tension among those within the Baptist Church and other predominantly-Black denominations, despite their status as autonomous.

“Progressive” can be defined as: “of, relating to, or characterized by progress; making use of or interested in new ideas, findings, or opportunities; of, relating to, or constituting an educational theory marked by emphasis on the individual child, informality of classroom procedure, and encouragement of self-expression.” Topics such as the ordaining of women, sexuality, glossolalia, social justice, and seminary education are topics of generational and personal divide. And they are often avoided due to the fear of one losing impact, presence, or their voice in matters of their respective denomination. However, such fear and timidity can no longer be an excuse in a climate and culture that is continually shifting. There must be concerted and intentional effort to confront that which may be deemed “taboo.”

Continually avoiding to take on tough areas and topics enables discussions, theologies, and rhetoric that further promote the dehumanization of others. A theology that speaks to the freedom of the spirit or mind, but leaves the body bound—better known as dualism—uplifts a portion of the community while leaving the most vulnerable, and often most faithful members, ostracized and neglected. These matters must be confronted integrally and holistically in an era of inclusion.

What would it look like if the Pentecostal church honestly observed its stance on women as ordained elders, pastors, and consecrated bishops and rid itself of misogynistic and patriarchal legalism? What if the church held non-religious and non-traditional conversations on sex and sexuality, examining the complexity, nature, and (possible) spectrum of sexuality and attraction? What if saints reexamined doctrine, doctrinal positioning, and constitutional statements as they relate to inerrancy, infallibility, the indwelling of the Holy Ghost, holiness, and sanctification? What would the world look like if denominations actively engaged social justice beyond prayers and private efforts? How would a people be transformed theologically and spiritually if seminary education was promoted and mandatory for all who desired to be ordained?

To raise such questions is progressive. To possess solutions to these respective areas is liberal. Yet, addressing such issues and implementing change is necessary.

The decline in church attendance and growth is evident. Practical theology and tangible, viable practices are necessary. The potential irrelevancy and inactivity within denominations is strikingly evident. Also visible is the absent affirmation and promotion of women, the denouncing of deplorable rhetoric toward women and their being, and the denouncing of homophobia and toxic statements in relation to masculinity, along with those who share a lifestyle (of any kind) contrary to traditional or personal preference.

The reality is, the church is not losing its impact. Instead, people are making conscious decisions to attend houses of worship where there is affirmation, challenge, and truth. The furthering of toxicity via language, theology, and practice in the name of “God” or “Christ” is a poor excuse for one’s inability to progress and discover new means of communication and impact. This continuation of oppression upon communities or persons (i.e. women, those who identify as LGBTQIA, the poor, youth, etc.) with whom we disagree, don’t understand, don’t want to confront or whose truth we’re unwilling to accept and acknowledge, will further hamper our impact upon humanity.

The question must be raised: to what lengths will this continue?

At what point will persons, and not just the message “prepared” or personal preference, matter? At what point will Matthew 7:12, Luke 6:31, Romans 8:1-2 and 1 Corinthians 13:13 be a reality experienced for all? When will Jesus’ mission, as declared in Luke 4:18-19, be the mission of the church-at-large and its vessels? At what point will condemnation in the name of Jesus cease? When will Pentecostals, and all Christians, progress beyond a separatist mindset?

No longer can Christendom afford to proclaim a gospel of holiness, love, and sanctification that bears tainted fruit. Therefore, the worship and continuation of denominational and reformational idealism, idols, and nepotism built upon misogyny, patriarchy, personal preference and sexism must cease. This must be countered by intentionally re-examining and restructuring the very systems viewed as holy and sacred. There must be a willingness by a strong few to do the work that will transform and free a sector, people, and nation.

Jamar A. Boyd, II is a second-year seminarian at The Samuel DeWitt Proctor School of Theology at Virginia Union University. He is a licensed COGIC minister, president of the Georgia NAACP Youth & College Division, and has previously been published in Sojourners and Abernathy Magazine.