If You Are Pro-Life, You Must Also Be Antiracist

If You Are Pro-Life, You Must Also Be Antiracist 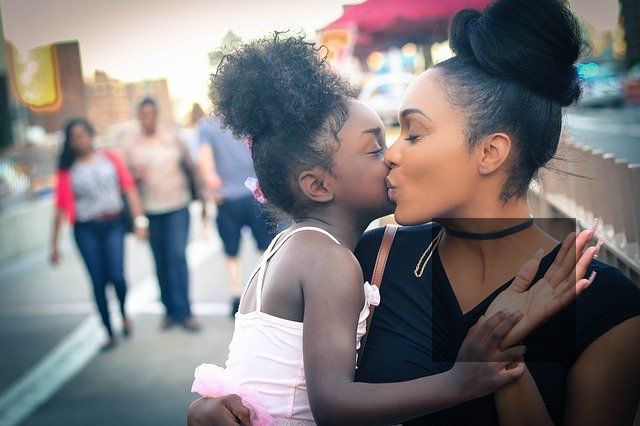 Recently Preston Perry, Christian speaker, poet and apologist, posted the following statement to his Twitter acount: “If you hate the sin of abortion but disregard the systematic racism (also sin) that drives so many young [B]lack mothers to abortion clinics every day, you’re also apart of the problem.”

If you hate the sin of abortion but disregard the systemic racism (also sin) that drives so many young black mothers to abortion clinics every day, you’re also apart of the problem.

In reading that statement, I was prepared for the backlash that he would receive—and the question he would be asked the most: “What does abortion have to do with racism?” Often when people discuss abortion and racism they point to the founder of Planned Parenthood, Margaret Sanger, and her purported support of Eugenics and its effort to control the Black population. But Preston Perry’s quote was not speaking to the origins of Planned Parenthood, but rather to the present-day social inequities that are the results of systematically racist economic, housing, health, and educational policies which often factor into a woman’s “choice” surrounding her pregnancy and her overall reproductive health.

Perry’s argument is based on the premise that in order to truly hate the sin of abortion, you must be antiracist. But before I go on further, let me define the term antiracist.

Historian Ibram Kendi writes in his book, How to be an Antiracist: “The only way to undo racism is to consistently identify and describe it—and then dismantle it.” Kendi defines an antiracist as someone who is actively working to support antiracist policies or ideas.

According to the Guttmacher Institute, which is a leading research and policy organization committed to advancing sexual and reproductive health and rights in the United States, Black women are 3-4 times more likely to have an abortion in the United States; 75 percent of women obtaining an abortion can be classified as poor or low income; and 59 percent of women having an abortion already have at least one child. To not bore you with complex statistical analysis, the bottom line is that there is a strong likelihood that a woman seeking an abortion will be a poor Black woman who is most likely already a mother. So, consider that for one moment as we go back to a discussion about being an antiracist.

This is someone who understands that in order to effectively dismantle systems of racism and injustice in this society, they must accept their individual responsibility in light of structural racism.

Then there are those who recognize structural racism from a distance. They understand the history of this country and the systemic racist policies that were designed to subjugate Black people and treat them as inferior. They understand how the laws and systems of this country favor White people and that minority groups in this country face disparities in every sector of this society—health, income, education, housing, and employment. They understand the structure of racism, but because they don’t believe that they themselves are racist, there is often a weak correlation between their understanding of structural racism and their individual responsibility.

A failure to acknowledge your individual responsibility and to not fight against racist systems makes you an accomplice to racism. Click to Tweet

Finally, there is the antiracist. This is someone who understands that in order to effectively dismantle systems of racism and injustice in this society, they must accept their individual responsibility in light of structural racism. They understand how they benefit from this immoral structure and they actively fight against it. They accept the responsibility to examine their own racist practices and ideologies, while at the same time fighting against structural racism (through words, actions, resources, and policy engagement).

A failure to acknowledge your individual responsibility and to not fight against racist systems makes you an accomplice to racism. Systems can only exist if there are people who benefit from and uphold these same systems. You must seek to be an antiracist.

Let’s pick up where we left off on abortion. If the likelihood that the woman seeking an abortion is a poor Black mother, how could one only look at her through the lens of the sin that she is committing rather than the sin that has been committed against her? That is, if you are not working to understand the economic reasons why a woman chooses an abortion, the health disparities that results in an unplanned pregnancy and subsequently an abortion, the limited employment options of both the woman and the man involved in the pregnancy, the cycles of poverty, incarceration, poor educational choices, food and housing insecurity, and hopelessness that lead to the choice of an abortion, then what really is your true motivation?

Yes, as with racists, we can pray for changed hearts and changed minds—and that is a victory of sorts. But if we want to see any meaningful change we have to focus on structural causes not just the individual effect.

As with racism, it is severely misguided to look at the issue of abortion as merely a matter of individual morality. Because as with racism, individual morality is grossly overshadowed by a corrupt and immoral system. There are many “good” Christians, who with the best of intentions, continue to hurt their Black brothers and sisters because of their ignorance of the systems of injustice in which they operate in and benefit from. They are complicit in their ignorance. If we don’t look at the structural systems in place that lead a woman to feel as if abortion is her only choice, we will never make any meaningful impact on the rate of abortions in this country. Yes, as with racists, we can pray for changed hearts and changed minds—and that is a victory of sorts. But if we want to see any meaningful change we have to focus on structural causes not just the individual effect. We need to fight for healthcare coverage for the uninsured and under insured. We need to fight for educational equity, which leads to greater educational outcomes. We need to lend our voice and effort to closing income gaps, providing affordable childcare and promoting better paid-leave options for pregnant women. If 59 percent of the women who seek an abortion already have a child, you should be asking why? What would make a mother choose to terminate her pregnancy?

To be Pro-Life Literal and not Pro-Life Political, you have to actively fight against (through word, deed, and dare I say—your finances) any systems that have been created to demean, devalue, and destroy life at any stage. To be Pro-Life Political is to adapt a moniker that speaks to the disposition of your politics rather than the disposition of your heart. If you are Pro-Life Political, your goal is to limit a woman’s individual right, rather than recognize her societal plight. You fight for life of the unborn at the expense of the mother and are totally disconnected from the future realities of that child. You can’t be Pro-life Literal without a commitment to being an antiracist. Your focus can’t be on the life in the womb without recognizing systems designed to demean, devalue, and destroy the life that is giving life to the life in the womb. You must be invested in ensuring that the unborn life won’t be demeaned, devalued, and destroyed once it is born. You must be an antiracist.

Perry posits that a disregard of the sin of racism when addressing the sin of abortion causes one to be a part of the problem. I would argue that, at the very least, if you are not a part of the problem, you are indeed complicit. A disregard of the sin of racism in your fight against the sin of abortion prevents you from being able to engage in meaningful, comprehensive solutions that honor both the Christ that we follow and the women and families whom we are called to serve.

Monique Schlichtman is the Executive Director & CEO of Caris Pregnancy Counseling & Resources, a Christian ministry that provides professional counseling services and resources to women facing unplanned pregnancy. Schlictman is originally from Brooklyn, New York, but now lives in Chicago with her husband and two daughters.