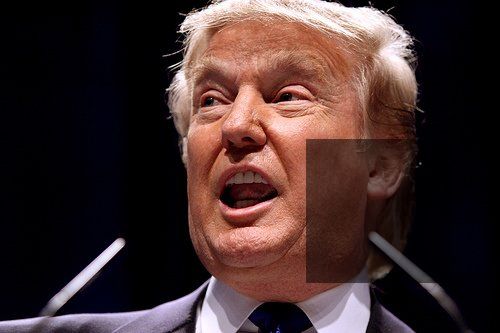 On Thursday, June 8, while many Americans were glued to broadcasts of former FBI Director James Comey’s testimony before a Senate Intelligence Committee, President Donald Trump was in the company of his biggest supporters at the Faith and Freedom Coalition’s Road to Majority Conference.

Trump, who, as far back as 2015 expressed bewildered about his strong Evangelical support, eventually found that Evangelicals, more than any other group, “understand me better than anybody.”

Trump, undoubtedly, embraces the Christians who helped catapult him into office.

Here is an excerpt of what the president said to some of his strongest supporters at the Faith and Freedom Coalition’s Road to Majority Conference—which includes reference to Isaiah 1:17:

We will always support our Evangelical community, and defend your right, and the right of all Americans, to follow and to live by the teachings of their faith. And as you know, we’re under siege. You understand that. But we will come out bigger and better and stronger than ever. You watch. (Applause.)

You fought hard for me, and now I’m fighting hard for all of you. I have one goal as President: to fight for the American people and to fight for America and America first. (Applause.)

Your voices will resound across the halls of our Capitol, and across the world. We recite today the words of Isaiah Chapter 1, Verse 17: “Learn to do right; seek justice. Defend the oppressed. Take up the cause of the fatherless; plead the case of the widow.”

The entrenched interests and failed, bitter voices in Washington will do everything in their power to try and stop us from this righteous cause, to try to stop all of you. They will lie. They will obstruct. They will spread their hatred and their prejudice. But we will not back down from doing what is right. Because, as the Bible tell us — (applause) — we know that the truth will prevail, that God’s glorious wisdom will shine through, and that the good and decent people of this country will get the change they voted for and that they so richly deserve. (Applause.)

The excerpt was from a transcript of Trump’s remarks as published by the White House.