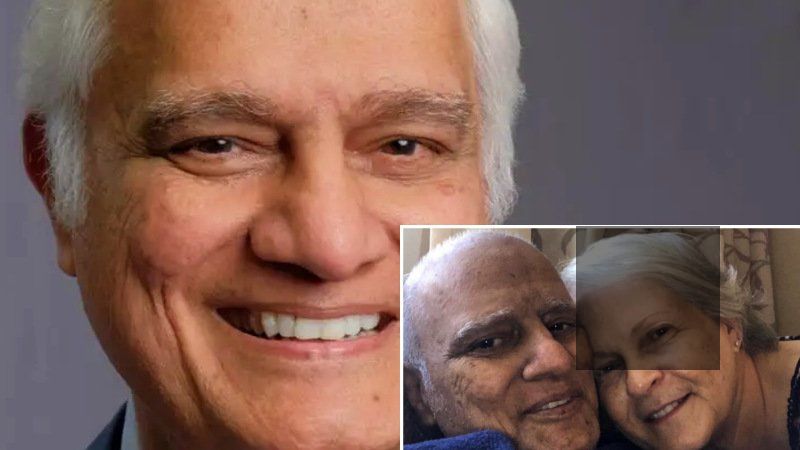 After it was revealed that renowned Christian apologist Ravi Zacharias had received a grim cancer diagnosis, friends and followers of his ministry have been expressing their appreciation of his life and work by using the tag #ThankYouRavi across social media.

In an effort to encourage Zacharias and his family during their difficult time, his ministry asked supporters to share via “testimonies, reflections, messages” how he has touched their lives.

Numerous supporters, including pastor Robby Gallaty, former Obama White House staffer Michael Wear, and Lisa Fields of Jude 3 Project, have responded to the call by posting their messages with photos and videos online.

The campaign comes on the heels of an update on Zacharias’ health.

“We have just learned that while the tumor in my dad’s sacrum has been responding to the chemotherapy, the area where the cancer metastasized has actually worsened. His oncologist informed us that this cancer is very rare in its aggression and that no options for further treatment remain. Medically speaking, they have done all they are able,” it was revealed by his family in the update published on the Ravi Zacharias International Ministries (RZIM) website.

“We know that God has purposed and numbered each of our days, and only He knows how many more Ravi will experience on this earth,” the statement added. “One day, likely sooner than later, we will be serving without our beloved founder, though I know his love and legacy will convict and inspire us to service of his Lord even greater than we have seen before. While we are full of so many emotions, we are also at peace, resting in the truth that God knows all and sees all and is sovereign and good. I think of the great joy my dad will have and I am comforted.”

Zacharias shared with supporters on March 12 that doctors discovered he had “a malignant tumor on [his] sacrum—a very rare cancer called Sarcoma” after the apologist and evangelist had underwent back surgery three weeks prior.

Zacharias Steps Down From Ministry He Founded

In November 2019, Zacharias announced that he was stepping down from leadership within his organization and handing the reins to daughter Sarah Davis as CEO and longtime apologist Michael Ramsden as president.

“RZIM was birthed in my soul, and these are soulmates who are accepting the responsibility of providing the leadership of carrying on this vision,” Zacharias said of his organization’s new leaders.

The Indian-Canadian apologist founded the Ravi Zacharias International Ministry in 1984, years after an encounter with Jesus’ words in the Bible pulled him back from the precipice of suicide.

Zacharias’ stated mission has been “to represent the gospel of Jesus Christ through historical, philosophical, and moral foundations and to defend it against objectors with grace, clarity, and coherency.” His organization has a team of speakers located in several countries, including the U.S., Canada, Spain, Romania, Turkey, India, Singapore, and Switzerland, according to RZIM.org.

The RZIM founder has written at least 25 books, including the recently published Seeing Jesus from the East: A Fresh Look at History’s Most Influential Figure and the popular Jesus Among Other Gods: The Absolute Claims Of The Christian Message. In recent years, Zacharias has refuted the charge of having an inappropriate relationship with another woman and alleged it was tied to an extortion attempt. He has also faced questions over the credibility of some of his credentials.

However, scandal has not overshadowed the impact Zacharias has had on my Christians, including athlete Tim Tebow, preacher Louie Giglio, and recording artist Lecrae.

The trio, who visited the apologist at his Atlanta home, took to Instagram on March 11 to express their admiration for Zacharias and his work.

“One of the special times of my life today seeing Ravi at his bedside and sharing what he has meant to me, and how much he’s inspired me,” Tebow wrote on Instagram. The former football player encouraged others “to use the hashtag #ThankYouRavi to share what Ravi has meant to you” to encourage Zacharias and his family.

Lecrae posted a separate image and caption about his relationship with Zacharais.

“What in the world ties a [B]lack kid from hip-hop culture to a scholar from Delhi, India? I used to find myself on tour rapping in front of thousands of people, leaving (the) stage and coming back to my tour bus devouring his videos and lectures. As a former atheist and skeptic, now believer, I wanted my peers in the culture who didn’t believe to have answers to hard questions,” Lecrae wrote.

“I would digest his lectures in front (of) prestigious universities and craft the insight into my own language,” the rapper added. “Because of [Ravi Zacharias] I had answers to hard questions.”

Lecrae concluded his post by saying, “I just want to give this man his roses while he’s still here. I know God is likely taking him home soon, but I’m glad he was here during my lifetime.”

Author and fellow apologist Lee Strobel used the #ThankYouRavi tag when he tweeted: “Through the years @RaviZacharias has been a role model on how to powerfully (and) persuasively defend the gospel while being gentle (and) winsome. I’ve always appreciated his personal warmth when we’ve partnered. Ravi, I love who you are (and) what you’ve done!”

Author and preacher Christine Caine also expressed gratitude to Zacharias, saying he “has had a profound impact on my life. He is such a brilliant, kind and compassionate man.”

Zacharias and his wife, Margie, have three adult children whose names are Naomi, and Nathan, and Sarah. The couple recently celebrated their 48th wedding anniversary and Zacharias his 74th birthday.

‘How Do You Know That Christianity Is the One True Worldview?’

Watch one of the most popular YouTube videos from RZIM, in which Zacharias and John Njoroge “challenge the assumption that Christianity is alone in making exclusive claims.”