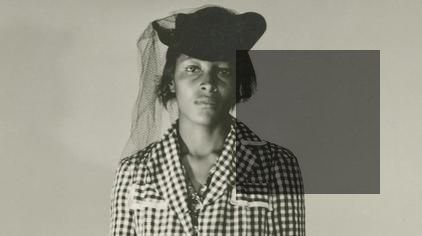 On New Year’s Eve in 1919, Recy Taylor (nee Corbitt) was born into a sharecropping family in the Jim Crow South. A few days shy of her 98th birthday, Taylor died at a nursing home in Abbeville, Alabama.

Not only did Taylor live through a dark stain of American history in the overtly oppressive and institutionalized racism of Jim Crow, but she also became a victim to one of the most heinous crimes that can ever be committed against a human being. Yet sadly, such crimes “served as a tool of physiological and physical intimidation that expressed White male domination and buttressed White supremacy,” not unlike how lynching and murder were implemented.

On September 3, 1944, 24-year-old Taylor was on her way home from the Rock Hill Holiness Church when she was kidnapped by a group of White men armed with guns and knives. Taylor begged her kidnappers for her release so that she could return to her husband and infant child, but was instead brutally raped by six of her assailants and then left on the side of the road.

The kidnapping and rape was immediately reported to the police. The driver of the car, Hugo Wilson, was identified by eyewitnesses. Although Wilson named the other men involved, the police simply let the case go.

The National Association for the Advancement of Colored People (NAACP) in Montgomery, Alabama, received word and quickly assigned Rosa Parks to the case. This was several years prior to the famous moment when Parks later refused to give up her seat on a Montgomery bus for the sake of racial justice and equality.

Two all-White, all-male juries heard the case, and both refused to issue indictments against the suspects. After death threats and violent firebombings of her home, Black activists rallied to support Taylor’s cause and spread her story.

It was only until 2011 that the Alabama legislature expressed a formal and public apology to Taylor on behalf of the state for failing to prosecute her assailants. A State Reprsentative, Abbeville Mayor, and Henry County Probate Judge also extended their apologies to Taylor for the treatment she had received. Symbolically, Taylor received the formal apologies on Mother’s Day when she was visiting Rock Hill Holiness Church, the same church she was walking home from on that fateful day.

In case you missed @Oprah’s #GoldenGlobes speech: “A new day is on the horizon.”

The story of Recy Taylor is particularly fitting as revelations of sexual abuse, rape, and harassment have surfaced everywhere from Hollywood to the church. Just recently, a pastor received a standing ovation from his congregation when he publicly admitted he had a “sexual incident” years ago with minor under his authority, while the woman describes the encounter as sexual assault. As Hollywood roils with seemingly upstanding male actors being outed for committing heinous sexual crimes, Oprah Winfrey boldly dedicated her acceptance of the Cecil B. DeMille lifetime achievement award at the Golden Globes to Taylor. Winfrey reminded Hollywood—and the watching world—that racism and sexism has been a haunting specter of American society for much too long.

The question now arises, who will stand as an Oprah-like voice to speak on behalf of the many women who have suffered sexual abuse in the U.S. church, yet have merely been silenced and scapegoated? While we can be grateful that Taylor received long-belated apologies and condolences for the horrible treatment she received from the authorities that should have protected her, the missing void reserved for justice is stark. Remembering Recy Taylor best is to remember that there are Recy Taylors among our neighbors, friends, families, and churches today. 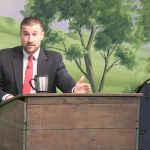