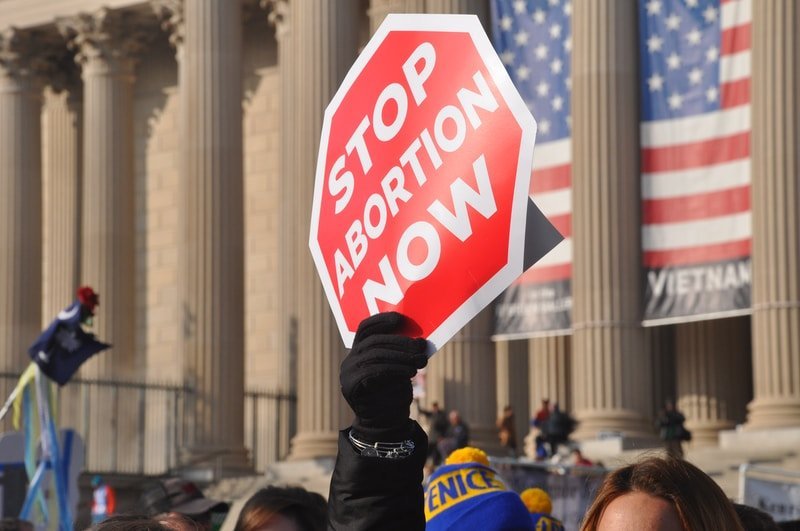 The U.S. Supreme Court’s decision not to block a six-week abortion ban in Texas will likely spur similar legislation in other Republican-led states, policy analysts and anti-abortion lobbyists told The 19th. Those efforts could result in large swaths of the country where abortion is virtually inaccessible.

“We’ve been hearing from other states that are interested in emulating this victory,” said John Seago, the legislative director for Texas Right to Life, an anti-abortion lobbying group. “This is a really promising development for the pro-life movement.”

Seago said he has been in touch with lawmakers from across the country, and at least one state is expected to see a similar bill introduced soon. He would not specify which states he has heard from, or how many.

Of the few state legislatures that are in session right now, none appear to have filed a bill resembling the Texas law, Senate Bill 8, so far.

Texas’ ban gives private citizens the power to sue anyone who may have helped another person get an abortion in Texas after six weeks — whether that is providing the abortion, driving them to a facility or helping them raise money to pay for it.

That civil action provision — or the focus on enforcement from individuals, rather than officials — appears to have helped the law stay in effect, at least for now. Though other states have attempted to pass six-week abortion bans, none have survived a court challenge or taken effect. In its Wednesday night ruling, the Supreme Court’s conservative majority said it would not block the law in large part because “it is unclear whether the named defendants in this lawsuit can or will seek to enforce the Texas law against the applicants in a manner that might permit our intervention.”

The opinion, which was unsigned, specified that the high court’s decision should not be interpreted as a verdict on whether the Texas ban complies with Roe v. Wade, the 1973 Supreme Court decision protecting the right to an abortion up until a fetus can live independently outside the womb, which typically does not happen until about 23 weeks.

After the Supreme Court refused to intervene on the Texas law, Florida Senate President Wilton Simpson told a reporter with NBC affiliate station WFLA that “there is no question” the Florida legislature will consider a similar abortion bill.

Texas state Sen. Bryan Hughes, one of the bill’s lead authors, told The 19th that when the bill passed in May he heard from legislators in other states about writing similar legislation, though he would not offer specifics. After the Supreme Court’s decision, Hughes said he’s had more discussions with other state lawmakers.

The “obvious place to start” for lawmakers hoping to follow in Texas’ footsteps, he said, would be the states that have already passed six-week abortion bans that have been blocked by the courts. “Those states can go back, amend their laws and move forward again.”

South Carolina passed a six-week ban earlier this year, though it did not contain the civil lawsuit provision, and it hasn’t taken effect. Re-passing the ban with a private litigation element could add to the law’s chance of surviving legal scrutiny. The state is “definitely already thinking about a Texas-style ban,” said Elizabeth Nash, who tracks state policy at the Guttmacher Institute, an abortion rights research organization.

Nash said Ohio, where the Republican-controlled legislature is still in session, could also push forth a Texas-style law this year. More will likely follow next year, she said, when state legislatures reconvene at the start of 2022.

“Bills for the 2022 state legislative sessions will start piling up quickly for any state that passed a near-total or early abortion ban in the past decade,” Nash said.

But though some Republican-led state legislatures will be quick to emulate Texas, some abortion opponents raised complicating factors that could lead others to pause.

For one thing, there’s the question of whether the Supreme Court would actually uphold the Texas law on the merits of a six-week ban itself, separate from the question of how it is enforced.

“We will see some state lawmakers evaluate whether they think this type of legislation would fit within their civil litigation structure,” said Katie Glenn, government affairs counsel for Americans United for Life, an anti-abortion organization. “But I think many may take a ‘wait and see’ approach since the court has only weighed in on the issue of who has standing to sue, not the substance of the law itself.”

If and when the Texas law results in actual civil lawsuits, she added, there will likely be more court challenges that could directly address the constitutionality of a six-week ban.

Hughes said he and his colleagues wrote SB 8 with these potential challenges in mind.

“We read every Supreme Court opinion on the issue of abortion, looked at other states’ laws and we wrote Senate Bill 8 to be upheld,” he said.

There is also the question of a pending Supreme Court case. This fall, the court will hear arguments on whether to uphold a 15-week abortion ban out of Mississippi. That law does not have a civil litigation provision and has not yet taken effect.

If the court upholds the law, it would have to either weaken or eliminate the existing Roe v. Wade standard. Depending on the wording, the ruling could create a new precedent that allows for more six-week bans.

“If I was a state legislator, I would be watching to see how this plays out,” said Mallory Quigley, a spokesperson for the Susan B. Anthony group, an anti-abortion organization.

She is not personally sure which states are currently planning to put forth Texas-style laws, she said, but she added that more details will likely emerge in the coming weeks.

Still, “we are incredibly encouraged” by the ruling, she said. The fact that the Texas ban was allowed to take effect, she added, could be a sign that the Supreme Court will rule in favor of enhanced abortion restrictions this coming term — and result in the undoing of Roe v. Wade.

“There’s a real sense of awe and importance in these moments,” she said. “We are on the cusp of hopefully seeing major changes to abortion law and policy.”

Lila Rose, president and founder of the anti-abortion group Live Nation, said she believes the Texas bill is important, but would like to see further restrictions.

“There has been unprecedented activity at the state level in the last few years,” she said. “That’s going to continue, that’s not going away.”