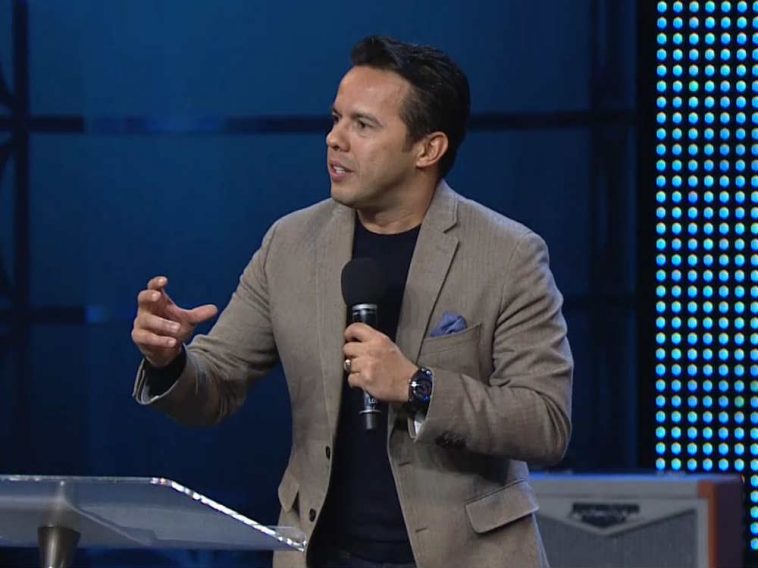 In an interview with NPR’s Michel Martin, the Rev. Samuel Rodriguez voiced severe disagreement with President Donald Trump’s immigration comments and policies. Rodriguez is the president of the National Hispanic Christian Leadership Conference, which claims to be a “representative voice” for more than 100 million Hispanic Evangelicals throughout the Spanish-speaking diaspora.

In the interview, Rodriguez commented that the way the current administration and Congress have “play[ed] politics” with the 800,000 young men and women affected by the Deferred Action for Childhood Arrivals (DACA) program is “morally reprehensible.”

“For goodness sake, enough is enough. They can’t be bargaining chips in a deal. I mean, these kids lost their status. And they’re living in perpetual limbo. They were raised here. They weren’t brought here because they voted, you know, I want to come to America. It’s morally reprehensible to even have them in this current state.”

Shortly before his interview with NPR, Rodriguez also issued a statement calling the vulgar language the president reportedly used to describe Haiti and countries in Africa “wrong, inappropriate, and hurtful.”

Rodriguez’s criticisms of the president are quite different from his opinions just over a year ago. Rodriguez participated in the inauguration of Trump, becoming the first Hispanic Evangelical leader to participate in such a ceremony. Since then, Rodriguez has been in communication with the president on these and similar issues impacting Hispanic communities in the United States.

Faithfully Magazine interviewed the minister in early 2017, not long after the inauguration. Throughout the interview, Rodriguez had an overall positive outlook on the Trump administration’s immigration policies, claiming that there was continued and open conversation with the president on these matters.

“I was very uniquely critical of the president when he was campaigning on his rhetoric regarding immigrants in the Latino community. But then I did have a conversation with him. He did reach out, we engaged and we’ve had constant conversations, and we are in conversations now with his administration on the matter,” Rodriguez said at the time.

Overall, he expressed support for Trump’s “Muslim ban” and was optimistic that 10 million undocumented immigrants would not realistically be deported from the United States:

“I agree with the president. If you’re here and you’re selling drugs, if you’re raping and killing, we’re going to kick you out of America and you deserve to be kicked out. But if you’re God-fearing and you’re hardworking and you’re here, even though you entered illegally, and even if your children were born here, we’re not going to separate families. That’s not who we are as a country. It’s not Christian. It’s not American. So we’re not going to deport them.”

While Rodriguez’s recent statements are critical of Trump, the minister seems optimistic that the president will continue to hear from him even where they disagree on policy. “I have seen a pivot and a change as it pertains to descriptors and nomenclatures and some of the verbiage and rhetoric,” Rodriguez remarked in his interview with NPR.

Rodriguez did not respond to requests for a statement or further comments from Faithfully Magazine by press time.