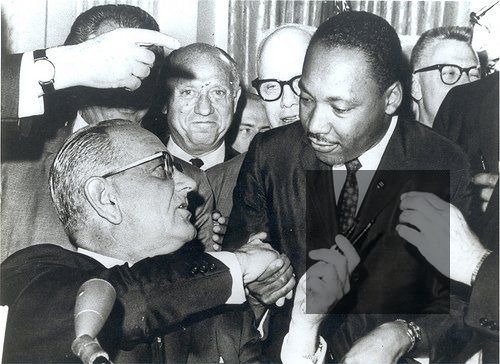 Alexander and Sales discussed the implications and impact of King’s controversial sermon about the war, which started in 1954 and raged for 20 years. Vietnamese civilians accounted for more than 50 percent of the three million people killed in the war, while the death count for U.S. soldiers was 58,000, according to History.

“This is the most important conversation that we could possibly be having in our nation’s history,” Alexander said before providing context for King’s “Beyond Vietnam” message, which the civil rights leader delivered April 4, 1967.

“Our military began using napalm, chemical warfare on women, children, entire villages. Bombs containing napalm (were) dropped on villages. Photographic images of women and children burning alive, running from their villages, was being circulated around the globe,” Alexander told the audience.

King had been discouraged for years against publicly condemning the Vietnam War before he finally spoke out against it at the New York City church.

He “delivered a sermon that he knew would rock the world and lead to a wave of vilification and condemnation” by some of his friends and political allies, Alexander said.

Those who discouraged him knew he would be cast as a communist and as a traitor, according to Alexander.

King was “calling out the U.S. government as the greatest purveyor of violence in the world,” she said.

Besides calling out questionable actions of the U.S. military and the imperial “malady” of the American spirit, King thought the government was using money that could help its own people flourish to “create a hell for the poor” in Vietnam.

“These are the times for real choices and not false ones,” King said to a crowd of 3,000 at the Riverside Church. “We are at the moment when our lives must be placed on the line if our nation is to survive its own folly. Every man of humane convictions must decide on the protest that best suits his convictions, but we must all protest.”

King “cut through” the idolatry of white supremacy and the lies that prop it up and “reminded us that we are all children of God, a universal God.” – Ruby Sales.

A year later, as King stood on the balcony of the Lorraine Motel in Memphis, Tenn., it turned out that the activist may have risked his life by delivering his “Beyond Vietnam” sermon. The non-violent activist and president of the Southern Christian Leadership Conference was assassinated April 4, 1968, a year to the day of his appearance at Riverside Church. King was 39 when he was shot by James Earl Ray at the Lorraine Motel, which has since become the epicenter of the National Civil Rights Museum.

“Could this exact same sermon be delivered today with even greater force and resonance?” Alexander asked the audience Tuesday night. “We might need to change Vietnam to Iraq and Afghanistan … but I believe that sermon has more resonance today that it did 50 years ago when it was delivered … If that’s true, I think that tonight in our conversation we have to ask ourselves what we must do now to build that global revolution that Dr King insisted was overdue 50 years ago.”

Organizers of the event called Alexander and Sales “voices of the past and future of the Civil Rights Movement.” Alexander, in addition to being an award-winning author, is a widely-recognized civil rights lawyer and legal scholar. Sales, a public theologian and social critic, joined the Civil Rights Movement as a teen and helped to dismantle segregation in her home state of Alabama.

“Beyond Vietnam” was not not just a political speech but “a sermon calling us to a spiritual revolution,” she said. It was “black folk theology that influenced our belief that there was a correlation between the spiritual nature of justice and democracy.”

King “cut through” the idolatry of white supremacy and the lies that prop it up and “reminded us that we are all children of God, a universal God,” Sales added.

Alexander, Visiting Professor of Theology at Union Theological Seminary, suggested that the tools civil rights activist have long used to press for progress—such as litigation and political activism—will not be sufficient to get us to “the promised land.”

“We need revolutionary change in this country and we need, as King said, a revolution that is spiritually grounded, but not in a way that’s reduced to a Hallmark card,” she said. The radical shift that is needed, according to Alexander, is “a spiritual revolution, a revolution of values.”

“It’s very important for us as we think of a revolution of values, we must understand that we’re up against some very powerful forces as exemplified by Donald Trump and Steve Bannon and the global white supremacist culture warriors in the White House,” Sales, 68, warned.

The Spirit House Project founder called the times “unprecedented” and said “we must stand flat-footed and declare that this is our country and we won’t let the white supremacists have it.”

Listen to King’s sermon, written by Dr. Vincent Harding, in the video below: 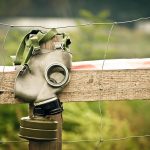