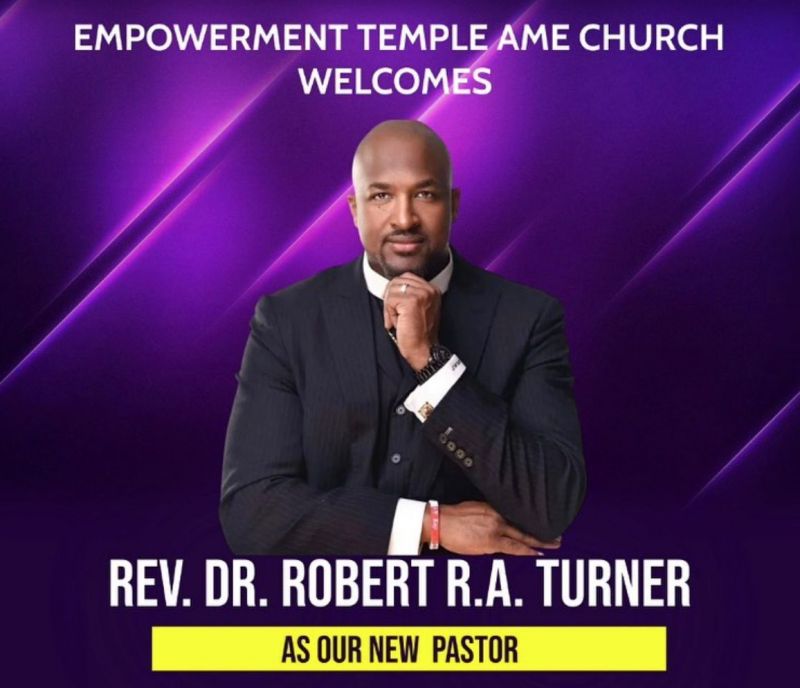 The Rev. Dr. Robert Turner has been leading Vernon AME Church in Oklahoma since 2017, but will now be pastoring Empowerment Temple AME after the Baltimore megachurch fired G.J. Barnes III for financial reasons.

Turner, 39, has been commuting to Baltimore during the weekends to fulfill his duties as Empowerment Temple’s new lead pastor, according to news station KWTV. He and his family plan to make the official move to their new African Methodist Episcopal congregation in December.

“It was one of the hardest decisions of my professional career in ministry. To leave a city that you have poured your life into. I honestly thought at times I was going to die here in Tulsa,” Turner said.

Turner’s hiring comes on the heels of the dismissal of the Rev. G.J. Barnes III, who was voted out by Empowerment’s board in August.

Barnes, who succeeded the Rev. Jamal Bryant as senior pastor in 2019, reportedly failed two years in a row to complete an annual financial audit on time. Late submissions could lead to foreclosure and incur fines for the church, The Baltimore Sun reports.

Amid their troubles, an AME regional official reportedly suggested to Barnes that he transition to another church in the denomination. An Empowerment Temple spokesman claimed Barnes “refused, stating that he intended to start his own church.”

Relations between Barnes and members of Empowerment Temple deteriorated to the point that the board reportedly felt it had no choice but to fire their senior pastor.

The church spokesman alleged that Barnes took over the megachurch’s online giving platform, social media pages, and other accounts.

Barnes, previously a pastor at Elevation Chapel in Maryland, has yet to speak with the press about his fallout with Empowerment Temple. However, he has been keeping up with an online ministry, publishing sermons to YouTube titled “YOU CAN’T HURT ME: Overcoming Setbacks, Trials, and Tests,” “”How to Move Forward,” and “Finding Happiness After You’ve Been Hurt Part.”

In the meantime, Empowerment has embraced its new senior pastor, Turner of the historic Vernon AME Church. Turner said he plans to try and keep up with ongoing projects with his prior church until his move to Baltimore. Among those ongoing projects is advocacy for reparations for victims of the Tulsa Race Massacre.

The Rev. Jamal Bryant started the Empowerment Temple in 2000, and departed in 2018 to lead the late Bishop Eddie Long’s New Birth Missionary Baptist Church in Atlanta.