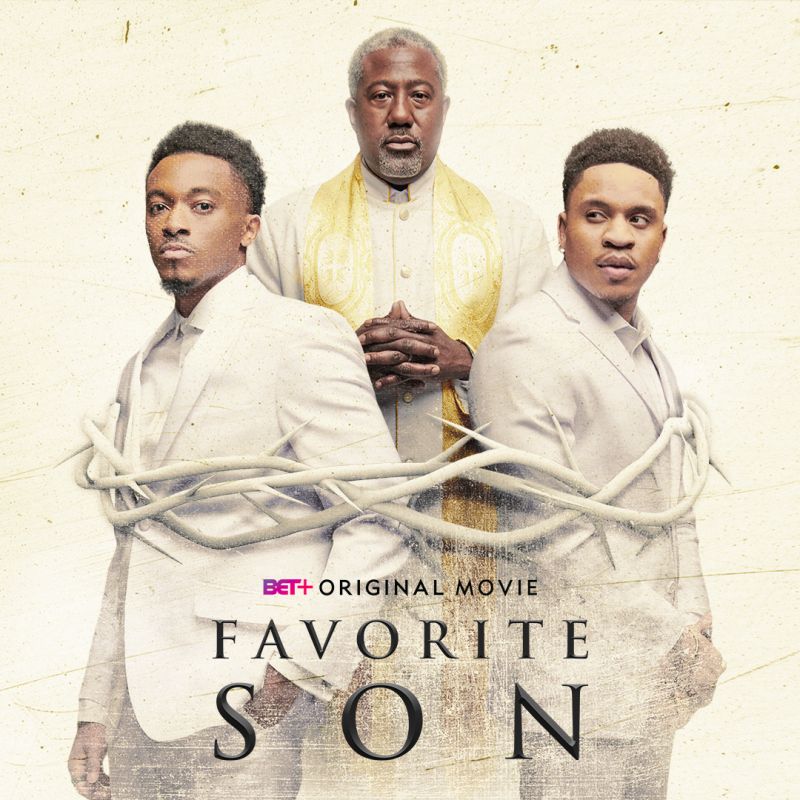 In the upcoming BET Plus film “Favorite Son,” Jonathan McReynolds and Rotimi star as brothers who “struggle to find balance of life, love, faith, and religion” under the gaze of their overbearing father, a megachurch pastor.

The problem is, the good reverend seems to have only his own interests at heart—which doesn’t sit well with the first lady, portrayed by seasoned actress Lisa Arrindell.

Conflicted over his father’s decisions, Camden finds himself facing tough choices when a music executive (Anthony Evans) takes an interest in his talent.

It’s the opportunity of a lifetime. But if Camden goes after it, he risks deepening the rift with his father and his brother.

What will he choose, and how will his family be affected?

A trailer for the May 6 film offers clues as to how the scandalous tale might unfold.

Patricia Cuffie-Jones (“Love the One Your With”) adapted the story for the screen, while Eric Tomosunas, Ron Robinson and Keith Neal for Swirl Films, Devin Griffin and Maureen Guthman for BET Plus, and Rotimi serve as executive producers. “Favorite Son” was produced by Swirl Films, known for its “Saints & Sinners” series, among other projects.