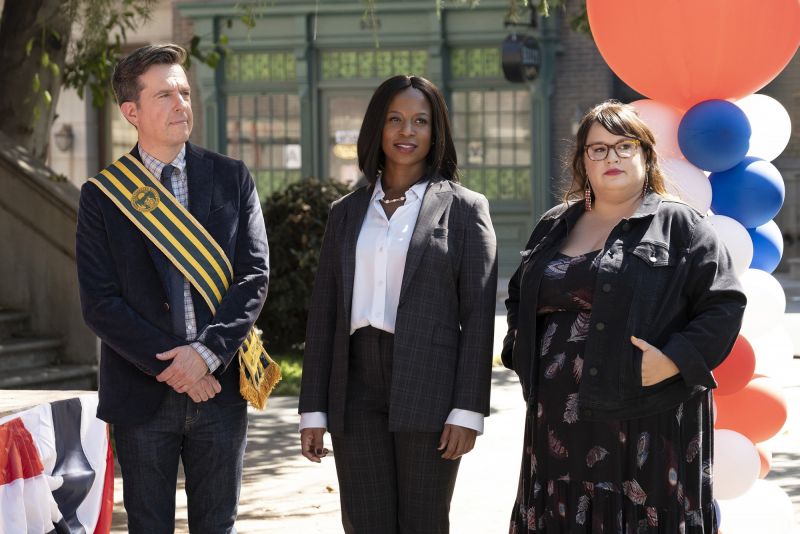 Nathan Rutherford is a nice guy.

Created by Sierra Teller Ornelas (Navajo), along with Helms and Michael Schur, “Rutherford Falls” is a character-driven sitcom about lovable weirdos living together. Like the other shows Schur co-created, particularly “Parks & Recreation” and “Brooklyn Nine-Nine,” “Rutherford Falls” features a good-hearted doofus living in a diverse community, whose personal foibles strike comedy gold. But where those shows had problems that resolved in less than 30 minutes, the conflicts in “Rutherford Falls” never get fixed.

Over the first 10-episode season, Nathan fights to protect a statue of his ancestor and town founder Lawrence Rutherford, despite its inconvenient position in the middle of the street. When Nathan declares that the statue (dubbed “Big Larry”) must remain because of a “legally binding … fair and honest deal” Lawrence struck with the Minishonka, Terry gets an idea. On behalf of Minishonka Nation, Terry sues Rutherford Falls for breach of contract, hoping to return to his people land stolen by the ancestors Nathan valorizes.