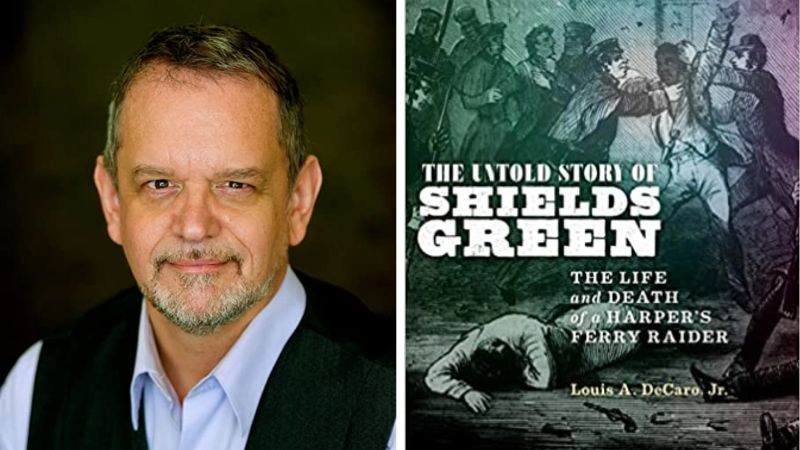 Dr. Louis A. DeCaro Jr., author of "The Untold Story of Shields Green: The Life and Death of a Harper’s Ferry Raider."

What made “Emperor” Shields Green, a free Black businessman, decide to join Christian abolitionist John Brown’s daring raid on the federal armory at Harper’s Ferry when even Brown’s own friend and ally Frederick Douglass dismissed the anti-slavery mission as “suicidal?”

Green, one of five Black men who fought at Harper’s Ferry in slaveholding Virginia (now West Virginia), was likely a fugitive from the South. Some historians suspect that Green may have decided to join Brown’s 20-man band because he, like Douglass, was once enslaved. However, John Brown scholar Dr. Louis A. DeCaro Jr. asserts that it was Green’s “passion for the liberation of his people” that compelled the free Black man to reenter the perilous South.

“As far as the raiders are concerned, I think he, to me, he’s kind of the unsung hero,” DeCaro told Faithfully Magazine in an interview on the 162nd anniversary of one of the key precipitating events to the Civil War.

Green didn’t return to the South because he had family living in the region, DeCaro argues in his book, The Untold Story of Shields Green: The Life and Death of a Harper’s Ferry Raider. “I don’t know that he went down to liberate his son. I think he really went in, like I share, [because] he was a real freedom fighter. I think he was an unsung freedom fighter. And I think that’s why he even enlisted,” he told Faithfully.

DeCaro is an associate professor of Church History at Alliance Theological Seminary in New York City. He has authored several books on Brown as well as on and Muslim activist Malcolm X.

In The Untold Story of Shields Green, DeCaro paints a portrait of Shields as a man of darker complexion, who had some education and, at one point, ran his own business. Overall, the historian presents Shields as a man of integrity and dignity, intentionally challenging narratives that appear to diminish his autonomy and bravery.

In the following Q&A, DeCaro explains how the 2020 feature film “Emperor” set him on a quest to discover the real Shields Green. He also comments on how colorism impacted Green, Green’s relationship with Douglass, and what happened to Green’s body — specifically his skull — after he was executed.

An audio-only version of this interview is also available.

Editor’s note: DeCaro has served as an advisor to Faithfully Magazine.