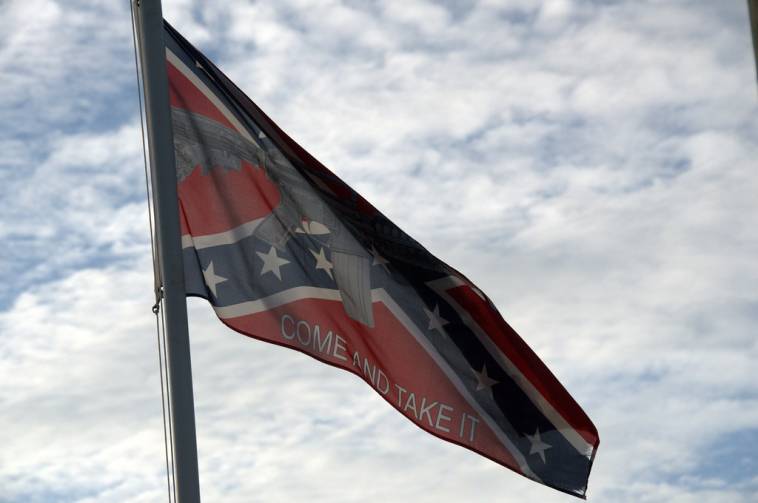 Many Americans, especially White Southerners, insist the Confederate battle flag is a positive reminder of their heritage.

Others, however, say the confederate emblem is a symbol of hate and division because of the Confederacy’s pro-slavery position.

Most Black Americans view support for the Confederacy as particularly painful because it fought during the Civil War to maintain and even expand the enslavement of African Americans.

Take the poll below and tell us what you think!