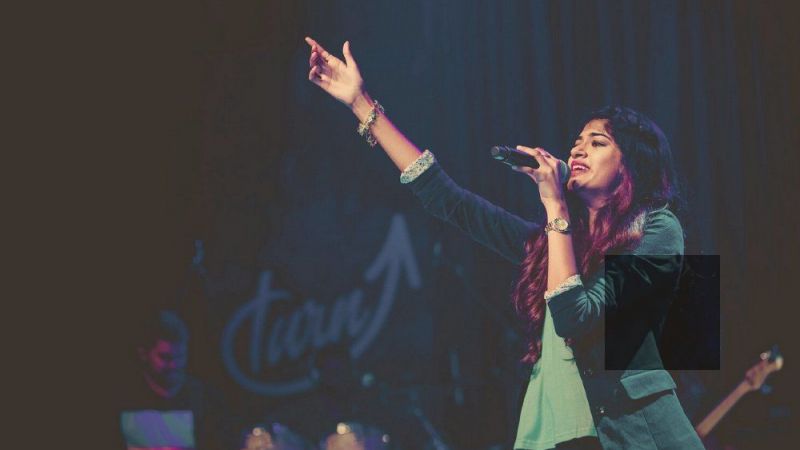 (Photo: courtesy of the artist)

Stella Ramola Dhinakaran, a Contemporary Christian singer-songwriter, blogger, and YouTuber who professionally goes by Stella Ramola, avidly shares her faith through her inspiring music that aims to transform lives and strengthen relationships with God.

Through her family’s Jesus Calls Ministry, and a variety of other platforms, Stella Ramola hopes to encourage, uplift, and motivate Christians all over the world through her gospel music sung in both English and Tamil.

“My family has been a long generation of Christians. When we moved to Canada to expand the ministry, I felt like everything was taken away from me, but God showed me that he knows how I am feeling and he will never leave or forsake me,” said Stella Ramola, who was born in Chennai, India. “From that day on, in every video I made or everything I said, I did it for the Lord.”

Through her faith and her family’s ministry, Ramola has expanded her fan base. Since 2008, she has released five albums composed of covers and originals. Her most recent English album, “Journey,” was released August 28. The album includes titles such as “Heaven,” “Rest in You,” and “Magnified” among its eight tracks and is 34 minutes long.

The music video for the lead single from the “Journey” album, “Smilin,’” was released on August 8 and has racked up more than 127,000 views and hundreds of comments singing her praises. Ramola’s videos have been viewed nearly seven million times and attracted more than 77,000 subscribers since she launched her self-titled YouTube channel in 2011.

“As a teenager, I started discovering new songs and new genres, and as new artists came up I would just have a podcast and listen to them. I aspire to make music that I enjoy listening to and others do too.” Ramola said. “I write music that resonates with my life and enables people to enjoy worshipping God because music is a universal language.”

The artist aspires to be authentic, relatable, and unique in her passion for music and the words and melodies of each of her songs. Through her personal and career challenges and journeys, Ramola has relied on a special verse she tries to portray in each one of her songs.

“Psalm 91:2 is my favorite verse, and it reassured my faith a lot of times when I felt troubled about something. I keep saying that verse and proclaiming it in my life,” she said. “God gives me strength in that verse to face whatever situation.”

Since a young age, Ramola has been singing praise songs and growing in faith. She says she always knew she wanted to make an impact on the world, but her path to where she is now is composed of many challenges and journeys along the way. While shy and easygoing, the singer says she is also driven and resolute.

Ramolla, who says she makes music for God’s people and not for fame, hopes her work inspires people to consider Christianity, especially in India, where Hinduism, Sikhism, Buddhism, and other faiths are practiced.

Her own inspiration comes from a variety of people and places in her life that have helped her grow as an artist and a person.

One of the most influential people in her life is her mother, who she describes as a “role model.”

“She cares for people and treats them with love. I really admire that about her,” said the singer-songwriter, who aspires to present herself in a similar way.

As a songwriter and singer, Ramola has the flexibility to explore other artists’ songs and also create her own to share with the world in her authentic and culturally beautiful style.

Watch the video for “Smilin'” on YouTube or below.

Katrina Machetta is a reporter for Youth Journalism International and editor of the Legacy Press newspaper. Katrina's goal is to educate, inspire, and encourage readers to create a vibrant world. Her work showcases an array of relevant news, and she is committed to providing a multi-dimensional awareness of the world.