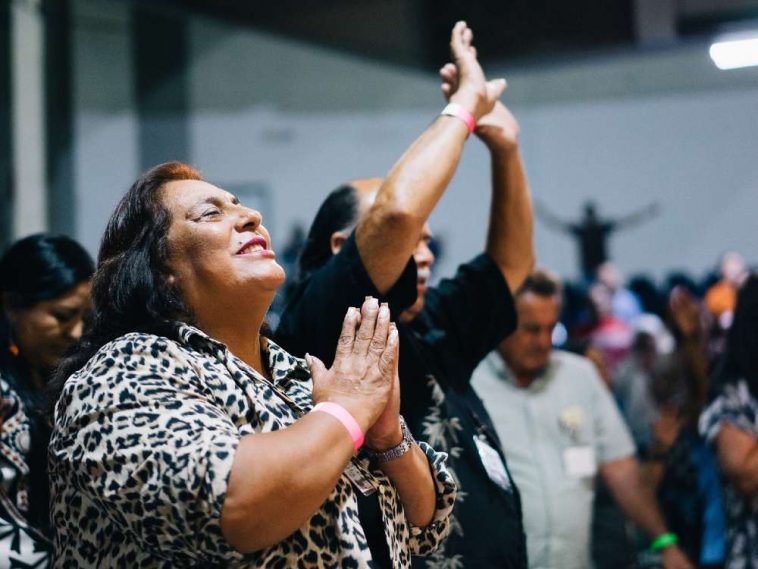 This article was published in Faithfully Magazine No. 2 (Summer 2017).

Attending church “every time the doors are open” might actually improve your health.

According to new research from Vanderbilt University, adults age 40-65 who attend a church, mosque or synagogue at least once a year are less stressed and likely to live longer.

Dr. Marino Bruce, the study’s main author, is a social and behavioral scientist and associate director of the Center for Research on Men’s Health at Vanderbilt University. Bruce is also a Baptist minister, so his interest in the connection between health and religiosity is not just about science.

“I’m ordained clergy so I’m always thinking about what we mean by ‘spiritual health,’” Bruce said in an university interview. “Does spiritual health matter with respect to biological outcomes? … We found that—you know what—being in a place where you can flex those spiritual muscles is actually beneficial for your health.”

The study is titled “Church Attendance, Allostatic Load and Mortality in Middle-Aged Adults.” The research included a multiethnic sample of 5,449 people, 64 percent of whom attended church between one and 1,095 times a year. Middle- aged adults who attended church were two times less likely to die prematurely. They also had lower allostatic load scores.

Non-worshippers more commonly had high-risk values for three out of 10 markers of allostatic load. The study also showed that church attendance might affect other areas of well-being.

“Specifically, [churchgoers] were more likely to have higher levels of educational attainment, lower levels of poverty, increased physical activity, reduced rates of smoking and drinking, and a healthier eating index,” according to the study. “More than 50 percent of the churchgoers reported they had ‘Excellent/Very Good Health.’”

Effects of worship on mortality risk and allostatic load were consistent after the study took into account education, poverty, health, insurance and social support. Interestingly, the study found that church still mattered for those with high social support outside of their places of worship.

Bruce and his study co-authors began to question other motivations beyond social support for church attendance, such as holiness and compassion. Bruce views compassion as a feeling of doing good or having empathy for others, and holiness as being a part of something greater than oneself.

He thinks such motivations might also contribute to health and well-being.

Bruce had 10 co-authors on the study, including Keith Norris, a professor of medicine at the David Geffen School of Medicine at UCLA. Their study used public data from the National Health and Nutrition Examination Survey (NHANES). “Church Attendance, Allostatic Load and Mortality in Middle-Aged Adults” was published by the journal PLOS ONE in May.