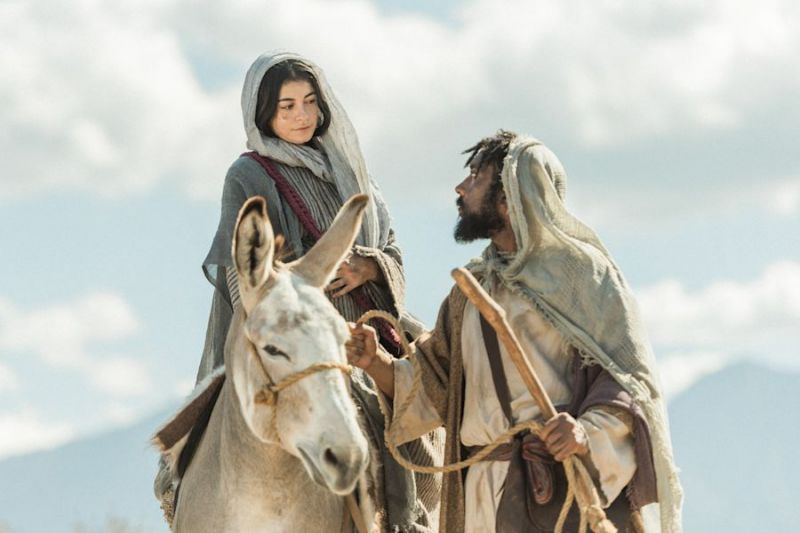 "Christmas with The Chosen: The Messengers" shows the birth of Christ through the eyes of Mary and Joseph. (Photo: The Chosen)

To say fans of “The Chosen” are excited to see some of their favorite characters from the popular Jesus series on the big screen this Christmas may be an understatement. A special presale event for “The Messengers” netted unprecedented earnings for distributor Fathom Events in just 12 hours.

“‘Christmas With The Chosen: The Messengers’ broke Fathom Events’ record with $1.5 million in sales in the first 12 hours,” Ray Nutt, CEO of Fathom Events, said in a press release. “Originally slated to premiere in 1079 theaters, we’ve already added 450-plus locations and thousands of screens to satisfy demand, and anticipate these numbers will continue to grow.”

The presale event for “The Chosen” Christmas special kicked off during a livestream with franchise producer Dallas Jenkins on Tuesday, October 26. “The Chosen” recently wrapped up its second season, so fans are perhaps eager to get more content from the crowdfunded project as they await season three.

The entire program for “Christmas With The Chosen: The Messengers” runs 2.5 hours and includes a lineup of musical guests, such as Phil Wickham, For King & Country, Brandon Lake, Maverick City Music, Cain, Matt Maher, The Bonner Family, One Voice Choir, and more.

“The Messengers,” said to have been filmed in secret, centers on Mary’s retelling of her and Joseph’s experience leading up to the birth of Jesus. The episode will likely reflect the nativity account found in the Bible’s Gospel of Luke.

While fans can choose screening times for “The Messengers” on fanthomevents.com, ticket prices vary based on movie theater location, ranging in some cases from $13.33 to $18.

“The Chosen” is reportedly the highest crowdfunded media project of all time, and is completely free to watch on a variety of platforms. Fundraising is currently underway for season three, with the series having gained $2,207,222, or 98% of its goal, by press time. In exchange for their donations (“paying it forward”), supporters get certain benefits in return, such as the opportunity to appear as an extra in the series or visit the set. The first season of “The Chosen” was funded by more than 75,000 people who raised $10 million in 2019. Creators hope to shoot a total of seven seasons.