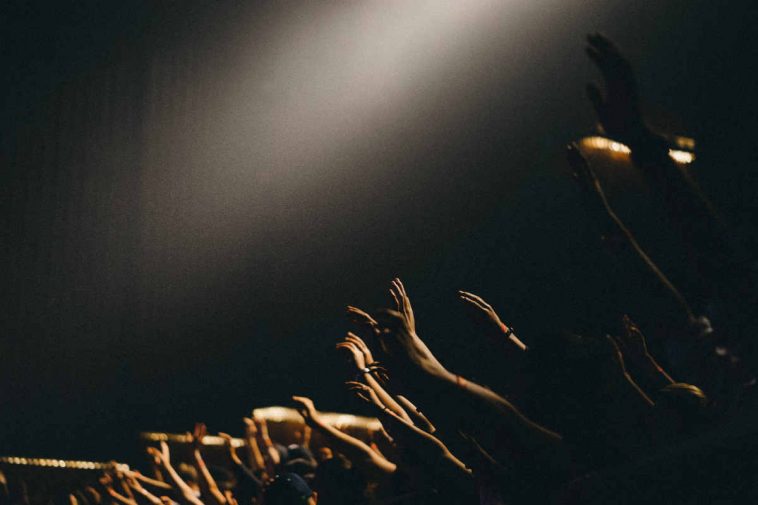 On the night of his arrest, Jesus went to the Mount of Olives to talk intimately in prayer with his Father, and Luke even wrote that “his sweat became like great drops of blood falling down to the ground” as he prayed (Luke 22:44).

John’s gospel gives us a detailed recount of his prayer, which includes what Francis Schaeffer calls the “final apologetic.”

The final apologetic or greatest defense of Christianity that Jesus proposed is probably not what you think.

It is not a philosophical argument, precise theology, or convincing evangelism.

In fact, the disciples’ teachings of truth ignited hatred, according to Jesus (John 17:14).

So what did Jesus pray would be the greatest defense of Christianity to the watching world?

It would be their unity.

Francis Shaeffer wrote, “This [John 17:20] is the final apologetic… We cannot expect the world to believe that the Father sent the Son, that Jesus’ claims are true, and that Christianity is true, unless the world sees some reality of the oneness of true Christians.”

Unity. It sounds so simple. So attainable. So beautiful.

It sounds like Heaven where “a great multitude that no one could number, from every nation, from all tribes and peoples and languages” stand as one before the throne of God in awe and worship (Revelation 7:9).

Unity amid God’s image bearers provides the world with a fuller picture of God’s image. But racial unity is not so easily reached in our broken world because of generational, systemic, and individual sin.

The Enemy of the church can even convince us that we are unified because our bodies are next to one another on Sunday mornings when, in reality, our hearts are far from one another.

There is no formula for unity. Christian unity among the high rises of Manhattan look different than unity in the flat farmland of the Mississippi Delta.

However, I think Scripture is clear about what Christian unity does not mean for the church.

Christian unity does not mean proximity.

Proximity is a deceitful mirage of unity. Proximity convinces me that I am living in unity because I have a Black friend, attend a multi-ethnic church or live in a diverse city.

But proximity is not community.

The New Testament is full of evidence for community rather than proximity. Paul even says that we fulfill Christ’s law to love God and neighbor by bearing one another’s burdens (Galatians 6:2).

But I can’t bear a brother or sister’s burdens if I don’t know their burdens.

I can’t bear with my Black sister if I don’t know why she’s grieved over the shooting of another Black teenager close in age to her son.

I can’t bear with my Latino brother if I don’t know why he’s afraid to travel to Mexico right now because of the President’s rhetoric surrounding the border.

Likewise, my brothers and sisters cannot bear mine if we are only in proximity on Sunday mornings, and I live among people like me on Monday through Saturday.

Pastor Ed Rene Kivitz of Brazil said, “It’s possible that we’re all together and each one of us is isolated within him- or herself raising up [our] hands to God and not paying attention to who’s by [our] side.”

This is the difference between proximity and community.

Christian unity does not mean uniformity.

God was silent for 400 years between events in the Old and New Testaments. During that time, religious leaders added extra-biblical “rules” and presented them as necessary practice.

But Jesus called out religious leaders who demanded conformity to what was unbiblical:

These are serious accusations from Jesus, and I regretfully believe Jesus’ teachings describe much of the White Evangelical church in America.

Church planter Dhati Lewis wrote in a blog, “Rather than becoming students of our context, we develop our organization and try to force our neighbors to fit into it.”

“We think that ‘rocking the boat’ is not Christ-like, yet we follow a Savior who turned tables because of his righteous anger at injustice.”

Like modern-day Pharisees, we proselytize normative white culture, perspectives, worship expressions, and so on, often presenting them as “biblical” truths, behaviors, and teaching.

This is the definition of “white supremacy.” Dr. Jarvis Williams of Southern Baptist Theological Seminary defines white supremacy as “the prioritizing of White people, white culture(s), and white perspectives.”

This is so ingrained in our American context that we oftentimes don’t realize, as Jesus said, when we’re “tying up heavy burdens, hard to bear.”

Scripture is the supreme and final Word of God for the church, but Christian leaders and teachers must ask God to expose their tendencies toward demanding unbiblical uniformity.

Scripture celebrates the diversity of God’s church. (Did you notice that Scripture even says we will speak in our native tongues in Heaven?)

The church does itself a disservice when it demands uniformity.

In the American church, I think we oftentimes mistake conflict for disunity and even sin. (I have been guilty of this many times!) We think that “rocking the boat” is not Christ-like, yet we follow a Savior who turned tables because of his righteous anger at injustice (Matthew 21:12).

Conflict is not inherently bad or sinful, and this is especially evident in Paul’s letters.

Paul was passionate about unity. He even authored the verse on racial reconciliation: “From now on, therefore, we are regard no one according to the flesh… All this is from God, who through Christ reconciled us to himself and gave us the ministry of reconciliation” (2 Corinthians 5:16, 19).

But Paul did not avoid conflict in order to promote unity. Sharon Hodde Miller broke this down on Twitter:

“Here’s the strange thing about Paul: he disagreed with others using intense language & feeling. But he did the same when discussing unity. The call of Christians is to do both well: debate the things that matter, while holding onto each other with all our might. I tend to think most of us choose one of these options—truth at all costs, or unity at all costs. But we have other choices.”

We don’t have to choose one or the other: debating things that matter or holding onto each other. We can choose both.

This is the difference between peacekeeping and peacemaking.

Peacekeepers provide temporary Band-Aids to deep infections such as racism or biases that need surgery.

For the sake of true unity, peacemakers within the church are willing to perform this painful surgery. They are willing to walk through momentary disunity with other brothers and sisters in Christ as they speak in both truth and love.

The unity that results gives evidence to the watching world of the healing and unifying power of the Healer named Jesus.

Editor’s note: This article was first published at lanieanderson.com.

More From: A Word