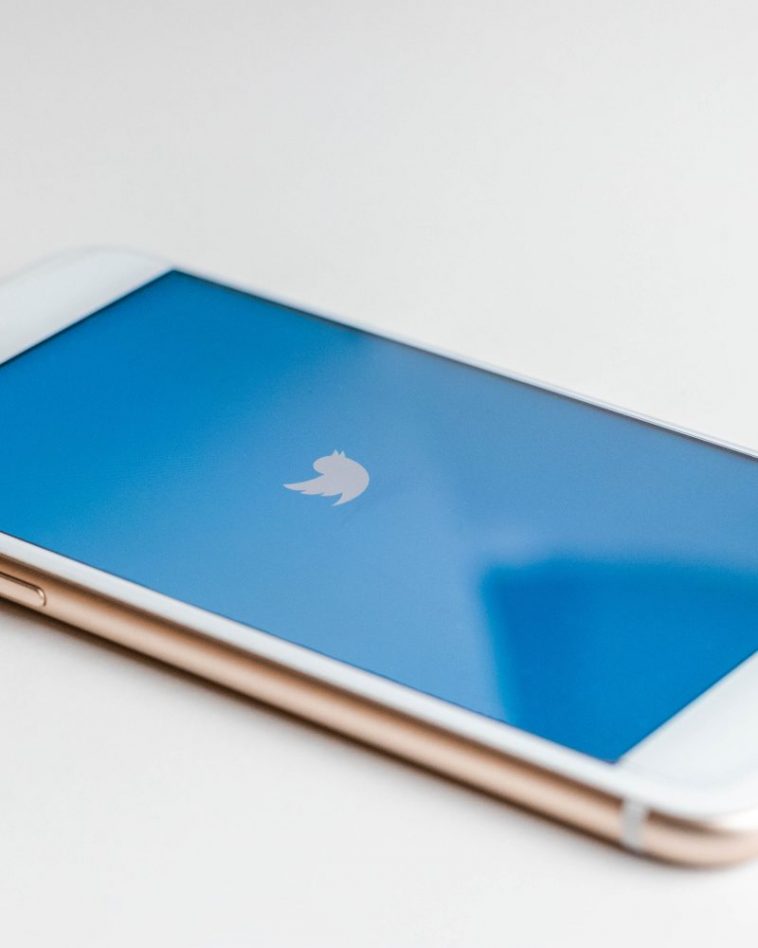 On a July afternoon in 2012, Denton Dickerson logged onto Twitter to share his grief after getting notice that a dozen moviegoers had been murdered at a midnight showing of “The Dark Knight Rises” — a movie he was planning to see later that day.

“My thoughts and prayers go out to those affected by the Aurora Colorado shooting,” Dickerson, now 25, wrote. “There are some sick people in this world.”

Four years and dozens of mass shootings later, including one in his home state of South Carolina that left nine people dead during a Charleston prayer service, Dickerson’s tone on Twitter had shifted.

“Thoughts and Prayers are great but they are not enough,” he wrote in June 2016, hours after a shooting at an Orlando nightclub killed 49 people.

Dickerson’s evolution reflects a dramatic change in how Americans use and react to faith-related language in response to mass shootings during a time when the nation has become staunchly polarized on gun policy.

The Washington Post analyzed more than 600,000 tweets containing the phrase “thoughts and prayers” between 2012 and 2019 and found that the expression has become a political flash point on social media. Its usage often correlates with political views, faith affiliation and positions on gun policy, according to interviews with experts on religion and politics.

So what marked the turning point so many years after the 1999 mass shooting at Columbine High School swept in an unwelcome era of similar mass shootings? As with so much else, the Obama presidency and the widespread usage of social media appear to have acted as accelerators.

After eight college students and a professor were killed at Umpqua Community College near Roseburg, Ore., in October 2015, Obama condemned the phrase.

“Our thoughts and prayers are not enough. It’s not enough,” Obama said at a new conference. “It does not capture the heartache and grief and anger that we should feel, and it does nothing to prevent this carnage from being inflicted someplace else in America, next week or a couple months from now.”

The speech was followed by a tweet sent from Obama’s account: “Our thoughts and prayers are not enough — it’s time to take action.”

Immediately after, critical usage of the phase on Twitter jumped from 23 percent after the Charleston, S.C., mass shooting earlier the same year to 49 percent, and it hasn’t returned to pre-2015 levels since, according The Post’s analysis.

Obama’s censure of the phrase came two years after Congress delivered a crushing defeat to every gun-control proposal the president had pushed for in response to the fatal shootings of 27 people at Sandy Hook Elementary School in Connecticut.

“He was clearly very emotionally impacted by that shooting,” Brian Kaylor, author of “Sacramental Politics: Religious Worship as Political Action,” said of Obama. “So I think when he criticizes — from the bully pulpit of the presidency — this phrase, that sends lightbulbs off for a lot of people. They haven’t thought about it that way before.”

Now, with nearly every mass shooting, Americans have rekindled a heated national argument about whether the solution is stricter gun laws, or greater access to mental health care, or armed guards at every school, or any one of myriad other options that someone, somewhere thinks and hopes will make people safer.

Backlash to the expression “thoughts and prayers” grew for two years after Obama’s speech and began to fall after 17 people were killed at a high school in Parkland, Fla., in 2018, but the phrase has largely remained above the pre-2015 levels. Genuine usage of the phrase has risen and fallen in waves over the same time period.

Those who use the phrase genuinely are more apt to be Christian conservatives who are largely against changes to gun policy, experts interviewed by The Post said, while those who react negatively are more likely to be liberal-leaning secular or religious supporters of stricter gun laws.

“Thoughts and prayers” is a particularly popular phrase among white evangelicals, many of whom perceive prayer and faith alone as a kind of action, separate from outward action, said David Domke, a communication professor who specializes in politics at the University of Washington.

However, Pastor Frank Pomeroy says the phrase can also ignite meaningful discourse on political issues. Pomeroy is the pastor of First Baptist Church in Sutherland Springs, Tex., where a man armed with a rifle opened fire one morning in November 2017. Twenty-six people were killed, including Pomeroy’s 14-year-old daughter.

“We need thoughts and prayers to bring people to the table with wisdom, mercy and grace,” he said.

Nearly everyone who posted the phrase “thoughts and prayers” in 2012 appeared to mean it genuinely, according to The Post’s analysis, which classified each use of the phrase as either genuine or critical. Many people said they felt powerless in the face of the tragedy in Aurora and Connecticut, but they wanted to offer emotional support.

“My prayers and thoughts are with the Colorado victims,” many Twitter users posted.

After Obama’s criticism in 2015, The Post found that the tenor of the tweets became angrier, more sarcastic and polarizing. Many people castigated those who used the phrase, demanding stronger gun laws and more funding for mental health care and border security.

Genuine usage appeared to hit its lowest point between 2017 and 2018, a time frame that included a string of six mass shootings just months apart, beginning with the attack in Las Vegas that killed 58 people. After a shooting at Santa Fe High School in Texas left eight students and two teachers dead, more than 80 percent of tweets condemned the usage of “thoughts and prayers.”

The general friction around Obama’s presidency likely served as an accelerator, Domke said. Conservatives’ tendency to react with strong disapproval when Obama spoke about controversial topics likely prompted a defensive response among the presidents’ supporters who followed his lead in criticizing the use of “thoughts and prayers.”

“The political dynamic when Obama was president was such that any time he kind of got close to a third rail around race or religion, anything that was seen as volatile, the conflagration was substantial,” Domke said.

Obama used the phrase more than 400 times during his time in office, including with genuineness after mass shootings in Texas, Kansas and Tennessee, according to the University of California at Santa Barbara’s database of presidential documents. After the 2015 Charleston attack, he said sending thoughts and prayers “doesn’t say enough to convey the heartache and the sadness and the anger that we feel.”

Two months after the turning point with the Oregon shooting, Obama again spoke angrily about people using the phrase.

“If we truly care about this — if we’re going to offer up our thoughts and prayers again, for God knows how many times, with a truly clean conscience — then we have to do something about the easy accessibility of weapons of war on our streets to people who have no business wielding them,” he said in a written statement after three people were killed at a Planned Parenthood clinic in Colorado Springs.

Obama returned to using “thoughts and prayers” genuinely less than a week later when 14 people were killed at a holiday office party in San Bernardino, Calif., and did so at least two more times in the rest of his presidency. But his remarks in 2015 appear to have left a mark on usage of the phrase.

Eric Schultz, a senior adviser to Obama, said this month that the former president believed words alone were an inadequate response to mass shootings.

“That’s one of the reasons why he did all he could to administratively implement gun safety measures,” Schultz said in an emailed statement.

Like Obama, Genelle Marsh said she felt frustrated that federal gun laws had not changed after the Sandy Hook massacre.

“Too much violence in this world,” Marsh, now 49, posted on Twitter after the shooting in Aurora. “Thoughts and prayers go out to all in Colorado.”

Marsh, a Democrat from Rochester, N.Y., who supports stricter gun laws, said she publicly sends prayers after tragedies because she believes it can help communities persevere through calamity.

But after the shooting in Parkland in 2018, Marsh changed tactics, tweeting: “DO SOMETHING no one needs your thoughts and prayers.”

“The second tweet was probably more out of my frustration . . . that nothing is being done, yet they send out thoughts and prayers,” said Marsh, who doesn’t affiliate with a faith group but identifies herself as a person of faith.

The discord between sincere and disdainful uses of the phrase reflects the nation’s polarization, Domke said. If Americans had a shared purpose, he said, they would be more likely to give the benefit of the doubt in interpreting other people’s use of “thoughts and prayers.”

“When we don’t have that, when we look at each other across the Grand Canyon of American politics — when those words arrive over to me, they’re freighted with so much distrust and anger and fear that they aren’t taken at face value,” Domke said.

Key to that backlash are millennials, who use social media in high numbers and are less religious than previous generations. Liberal Christians and Jews also have begun to criticize the phrase as an insufficient response, according to Domke.

“They have come to say, ‘Look, I identify as a person of faith, and I don’t think this is enough,’ ” he said.

To Kaylor, prayer is powerful, an expression of belief in a higher power who is listening and might change something because of his prayer. The partisan warfare over prayer-related language in response to tragedies ultimately weaponizes faith, Kaylor said.

“If prayer becomes merely a political shield for one side that feels like they need to defend their gun rights or their political ideology, and the other side cedes that ground,” he said, “I think that that not only hurts the political debate about this issue, but it also hurts faith.”

As the war over gun policy rages on, public expression of prayer becomes a little-noticed casualty.

This Twitter analysis of the expression “thoughts and prayers” is based on a review by The Washington Post of more than 615,000 tweets in English collected 72 hours after 15 mass shootings were reported, including the 2012 shooting at a Cinemark Century 16 movie theater in Aurora and the 2019 attack in Christchurch, New Zealand. Tweets were cleaned by removing illegible tweets and spam. Retweets and links to news stories and blogs were also excluded to remove any possible outliers in the analysis and oversaturation of repeating headlines.

The grouping of the tweets was performed by creating a lexicon of word sequences and phrases. Each phrase in the lexicon was then deemed either genuine or critical. The Post calculated which percentage of tweets used “thoughts of prayers” genuinely. A quality check of the data was manually performed to identify a margin of error, which ranged between 3 and 5 percent.

Editor’s note: This story was originally published by the Investigative Reporting Workshop, a nonprofit,  nonpartisan newsroom at the American University School of Communication.