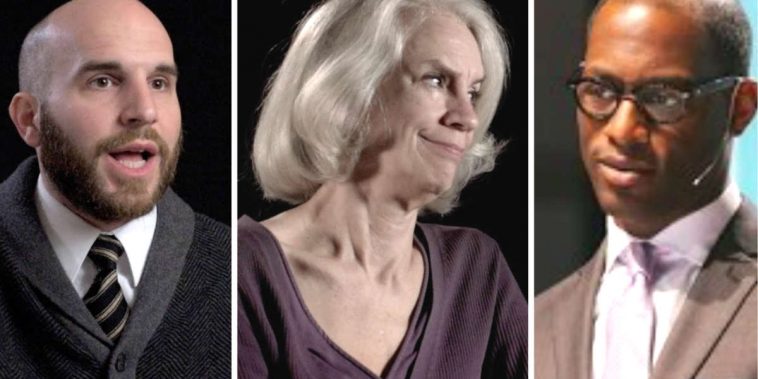 Talking about race can be difficult, but knowing how to talk about it and understanding its historical origins and societal impact can certainly help make the conversation easier.

With that in mind, here are three videos with unique perspectives on how race impacts us today, especially in Christian spaces. The videos feature authors and scholars who have written specifically about the subject.

Each video is under 30 minutes.

A Theology of Race and Place

Andrew Thomas Draper, an Indiana pastor and a professor of Theology, earned his Ph.D. on theologies of Willie J. Jennings and J. Kameron Carter–which resulted in the book A Theology of Race and Place: Liberation and Reconciliation in the Works of Jennings and Carter.

“The racialized optic is, in my estimation, the way we in the West judge identity based on a hierarchy of skin color. Jennings has a very compelling argument that that is grounded in … Iberian blood purity laws” in 15th and 16th Spain, he said.

“There is a sort of racialized optic developing during the Age of Exploration where the West doesn’t know where to place the new peoples that the explorers are encountering as part of Christian mission, doesn’t know where to place them intellectually because of the displacement that they’re enacting through colonization, through the slave trade that would come from that,” Draper added.

He went on to say that ascribing certain qualities to people based on skin color is still dominant in U.S. society, particularly with how “lighter skin is … considered to be the paragon of beauty” while “darker skin is symbol of a more savage or crude nature.”

Draper added at another point:  “Even within relationships within the church, within relationships where we’re striving for reconciliation, oftentimes we still view becoming Christian as becoming White,” he said. “I would suggest that that’s because we haven’t adequately de-centered the White male body from the place that should only be occupied by the Jewish Jesus of Nazareth.”

Ignoring White Privilege and Racism in the Church

White Christians don’t talk abut race unless people of color ask them to talk about race, according to Marcia Mount Shoop, who co-authored a book on the subject with Mary McClintock Fulkerson, a professor of Theology.

Shoop, a Presbyterian minister, and Fulkerson discuss “the dynamics of whiteness” in the Christian church and ways in which white supremacy is maintained in faith spaces.

“It goes with this notion of color blindness. Color blindness has been a way that White communities have typically said ‘I’m not racist. I don’t see race. I’m color blind.’ But what that has effectually done … is lead to the continual support, unintentional, of what are basically structural racist realities that just surround us and yet we’re not aware of. Because there’s been a tendency among Whites to reduce race to an intentional malicious act, and most of us don’t think we do that,” Fulkerson said.

The two discuss their book, A Body Broken, A Body Betrayed: Race, Memory, and Eucharist in White-Dominant Churches. Watch it on YouTube or below.

Post-Racism Is Christian in Nature

Are we a post-racism society? What is “post-racism”? These are the questions J. Kameron Carter, a Duke University professor and scholar who focuses on race and theology in much of his work.

Carter was a guest at the Q Ideas conference in 2014, when he frequently spoke on the subject of “Post-Racial Blues”–the title of a forthcoming book he has been working on for years. Cameron’s first book, Race: a Theological Account, was published in 2008.

“The ‘post-racial’ is racism’s afterlife, it’s quest for eternal life,” Cameron argued in his Q Ideas talk. He suggested the term “post-racism” more accurately described where we are as a society on race.

The Duke University professor Theology, English, and African American Studies, who also described racial reconciliation as a “problematic term,” insisted that post-racial/post-racism is “theological in nature.”

Carter presented three points to support why he believes post-racism has theological foundations. His three points were:

Transubstantiation is what happens when the elements of the Eucharist are transformed into the actual body and blood of Jesus Christ after being blessed, according to Roman Catholic theology.

“Post-racism is religious in character, therefore the beginning of a our pastoral task is to understand its relation to Christianity,” he said at another point.

Carter used the films “Avatar” and “District 9” to illustrate his pionts.

Watch Carter’s talk on YouTube or in the video player below: