‘The Church Is Open But the Building Is Closed,’ Chicago Pastor Reginald Sharpe, Jr. Says in Viral Video

‘The Church Is Open But the Building Is Closed,’ Chicago Pastor Reginald Sharpe, Jr. Says in Viral Video 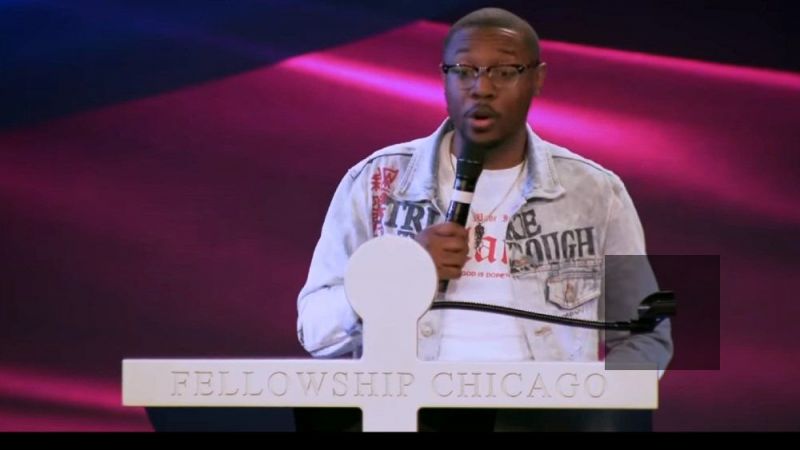 While hundreds of Chicago worshippers have been defying their governor’s stay-at-home order to attend church services, pastor Reginald W. Sharpe, Jr. of Fellowship Missionary Baptist Church will not be among them.

The megachurch pastor made that clear in a humorous video clip that has been making the rounds on the internet.

“You see, the church is still open but the building is closed,” Sharpe says in the excerpted video of his remarks during a May 17 virtual church service.

“You can save your call. You don’t have to call up to the church or wonder…” the senior pastor says. “We’re not coming back to church until the Lord, the Righteous Judge, wakes me up out of my sleep.”

“We’re still worshipping, we’re still doing ministry every week and I thank God for it,” Sharpe continues. “But we will not be returning to this building until the Lord Himself wakes me up out of my sleep, slaps me three times, pours water from heaven on my face, and warms my feet with the fire of the Holy Ghost. And I have no choice but to jump out of my bed and say ‘Yes, God.'”

"The church is still open, but the building is closed." pic.twitter.com/UaV8E618u5

The Chicago Tribune reported the same Sunday that Pastor Sharpe’s video message went live that hundreds of locals actively defied their governor’s stay-at-home order to attend church services. While public services have not been outright banned, authorities have restricted such gatherings to no more than 10 people under physical distancing guidelines.

More than 96,000 people in Illinois have tested positive for the coronavirus, with 4,234 dying from the disease, according to the governor’s website. Cook County leads the state with more than 59,000 positive cases.

The physical distancing guidelines and restrictions on mass gatherings have been enacted by many states in an effort to fight against coronavirus (COVID-19) infections and deaths. The stay-at-home orders have not been welcomed by some Americans, however, as jobs, businesses, and the economy have taken a hit. Churches have not been exempt from financial uncertainty caused by measures put in place in response the pandemic.

The Chicago Tribune reports that some Chicago Christians protesting the stay-at-home order do not believe “Gov. J.B. Pritzker has the authority or the power to continue to prevent churches from holding in-person services.” Some church leaders in Texas, and in other parts of the country, have taken a similar position against government authorities.

Among Chicago churches that welcomed worshippers the weekend of May 17 were Metro Praise International Church in Belmont Cragin, Elim Romanian Pentecostal Church in Albany Park, and Philadelphia Romanian Church of God.

Nearly 200 church leaders, including a handful in Illinois, have signed an online petition called Peaceably Gather, started by a Texas megachurch pastor, the Rev. Brian Gibson. There, faith leaders can affirm their desire to reopen. Gibson, in spelling out the reasons for the online petition, states, “it’s not just ironic, it’s a deliberate slap in the face to religious freedom” that people are allowed inside grocery stores or Walmart but cannot attend church.

Jon Callahan, the lead pastor of Harvest Church in Urbana, saw the petition on Facebook and decided to sign.

“We just kind of feel like our rights are being trampled on,” Callahan said Sunday when reached by phone at the independent, nondenominational evangelical church, which is not affiliated with the Harvest Bible Chapel network of churches in the Chicago area. “It’s time to get things back to normal.”

Katarzyna Estrada, 33, who has been a member of the Metro Praise International congregation for three years, said she understands residents’ fears but equated the risks of going to church to shopping.

“If I wear a mask to Walmart and follow social distancing rules, I should be able to do the same at church,” said Estrada, a teacher who lives in Albany Park. “I don’t believe the virus discriminates from a Walmart or a church.”

Mayor Lori Lightfoot has threatened to fine churches that defy the state’s stay-at-home order and restrictions on the 10-person limit for in-person gatherings.

Citations come with a $500 fine each time a church violates the 10 person limit and can be applied retroactively to last week’s services….

As of Sunday morning, Elim Romanian could face a total fine of $1,500 for hosting three different worship services that violate the stay at home order that limits gatherings to 10 people.

“If she’s going to fine us, we will cover it from donations from the neighborhood of people who support what we’re doing,” Cristian Ionescu, pastor at Elim Romanian, said after Sunday’s morning service.

Fellowship Missionary Baptist Church in Chicago, like many other churches around the nation and world, has been holding virtual fellowship meetings since late March, when several states began enacting stay-at-home orders. The gathering restrictions came at a good time for the Chicago megachurch, as Sharpe informed the congregation in a letter that only two members had tested positive for the coronavirus about two weeks after last attending an in-person service.

The Centers for Disease Control and Prevention has issued guidelines for churches, and similar organizations, to effectively care for their faith communities amid the coronavirus pandemic.

The health agency reported on May 19 that two people with the coronavirus attended a rural Arkansas church and ended up infecting at least 35 others (among the 92 in attendance), including children. There have been three known deaths so far among this group, while at least 26 other people were infected and one died in the larger community as a result of interacting with those among the 35 infected at church.