What About Black Abortions? The Pro-Life Movement and African Americans

What About Black Abortions? The Pro-Life Movement and African Americans 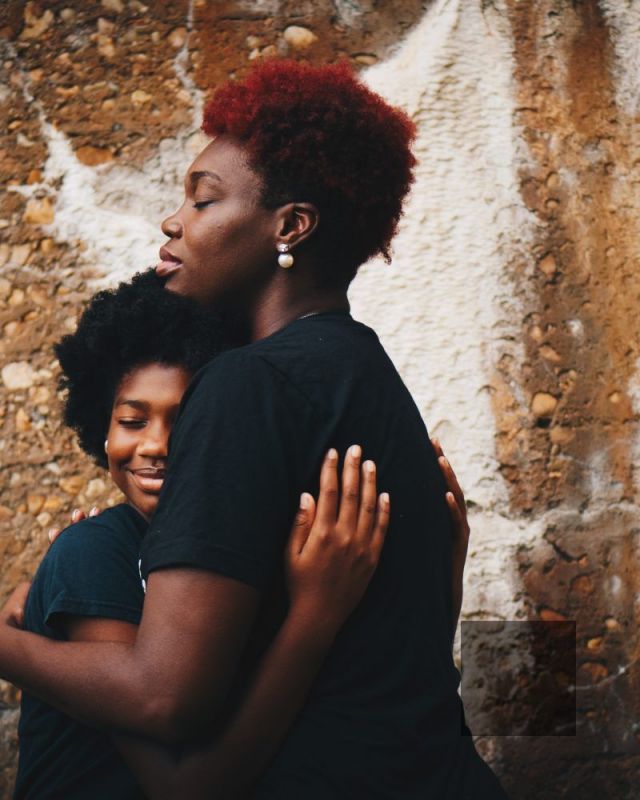 Today marks the 46th annual March for Life, an event started in 1974 to call for the immediate end of legal abortion. The march functions as the marquee event of the American pro-life movement, one that exercises considerable power and influence in American culture. It defines elections, shapes public policy, and informs judicial nominations. Organizations like the National Right to Life and Family Research Council pour countless dollars into advocacy efforts. Despite its powerful public presence, the movement remains woefully ineffective with the community boasting the highest abortion rates: the Black community.

Although comprising only 13.4 percent of the U.S. population, African Americans account for an estimated 36 percent of all abortions, according to the Centers for Disease Control and Prevention. These stark disparities suggest considerable variance along racial lines in attitudes toward abortion. However, a 2018 study by the Pew Research Center found remarkable consistency in attitudes toward abortion across racial lines, suggesting that attitude may not be the determining factor in this disparity.

Given its strong Evangelical ties, the pro-life movement’s inability to connect with the Black community is both curious and ironic, especially considering that African Americans hold the distinction of being the most religious demographic in America.

Historically, African-American civil rights icons championed the cause of the unborn. Long before abortion defined the political platform of the Religious Right, prominent African Americans in the Catholic Church, Progressive National Baptist Convention, Nation of Islam, and Black Panther Party denounced the procedure as Black genocide. For example, a 1973 article in the Black Panther Party’s newspaper argued:

“The abortion law hides behind the guise of helping women when in reality it will attempt to destroy our people. How long do you think it will take for voluntary abortions to turn into involuntary abortion, into compulsory sterilization? Black people are aware that laws made supposedly to ensure our well-being are often put into practice in such a way that they ensure our deaths.”

Black support for the pro-life movement originated with the belief that America devalued Black lives. Leaders argued that it was impossible to address abortion without addressing the social inequalities that lend themselves to high abortion rates. As Jorja English (Palmer) argued in a 1973 issue of Jet magazine:

“Any form of Black leadership that speaks to just one side of this double-edged sword [abortion] without attempting to resolve the issues that make this such an ominous problem, is simply contributing to the age-old factor which has kept us immobilized as a power-seeking entity. When we rectify imbalances in the quality of life, we will eradicate problems that pertain to the quantity of life.”

The community embraced the cause of the unborn alongside issues like poverty, racial discrimination, and education disparities. This approach was not unique to the Black community.

In his recent book, Defenders of the Unborn: The Pro-Life Movement before Roe v. Wade, Daniel Williams documents the strong ties that existed between the pro-life movement and human rights advocacy prior to the controversial 1973 Supreme Court Roe v. Wade decision that legalized abortion. Pro-life religious groups and liberal activists expressed concern for the unborn alongside other pressing human rights issues. As the pro-life movement increasingly aligned itself with the political right, the broad focus on human rights eventually gave way to a narrow focus on abortion.

Pro-life advocates often criticize Jesse Jackson for his decision to run as a pro-choice candidate for the 1984 Democratic presidential nomination, especially since he previously rejected abortion as “genocide.” While it is easy to dismiss this about-face as a politically-motivated decision, Jackson’s shift offers insight into the factors that separate the pro-life movement from the Black community. As the pro-life movement of the 1980s became increasingly aligned with conservative politicians like Ronald Reagan, who stoked racial fears with rumors of Welfare Queens and Willie Horton criminals, African-American leaders felt less and less at home in the movement.

Today’s pro-life movement attempts to reconnect with the Black community through marketing campaigns that lean heavily on “Black genocide” rhetoric. Documentaries like Maafa 21, produced by the pro-life organization Life Dynamics, implicate the U.S. government, Margaret Sanger, Planned Parenthood, and others in an elaborate conspiracy to exterminate African Americans following the end of slavery.

This approach, which appropriates the language of the Black freedom struggle, consistently sparks outrage in minority communities. For instance, on the 2016 anniversary of the contentious Supreme Court decision Roe v. Wade, Rep. Sean Duffy (R-WI) earned the wrath of the Congressional Black Caucus when he invoked #BlackLivesMatter for the pro-life cause on the House floor:

“But what I don’t hear them talk about is how their communities are targeted in abortion… There is a targeting going on in a lot of spaces and a lot of places, and it is going on in the abortion industry. And my liberal friends, Congressional Black Caucus Members, talk about fighting for the defenseless, the hopeless, and the downtrodden. There is no one more hopeless and voiceless than an unborn baby, but their silence is deafening. I can’t hear them. Where are they standing up for their communities, advocating and fighting for their right to life? Black lives matter. They do. Indian, Asian, Hispanic, and White, all those lives matter. We should fight for all life, including the life of the unborn.”

For many in the Black community, the objection to his comments stemmed from his decision to call out abortion without discussing the structural forces that foster high abortion rates. As journalist Janell Ross explained, by speaking about abortion in the absence of a broader critique of racial disparities, Duffy “engaged in a kind of racial blame-laying and shaming.”

“The racial disparities in abortion rates stem not from different attitudes toward the procedure, but the material conditions that vulnerable populations experience.”

This anecdote represents a common approach by contemporary pro-life advocates that consistently alienates African Americans. Numerous college campuses, including Purdue University, Wheaton College, and DePaul University, made headlines when campus groups made similar appeals. The controversy stems not from an outright rejection for the pro-life cause, but the manner in which the movement seeks to engage the Black community. This approach operates similarly to politicians’ tendency to deflect attention away from racial inequalities by talking about Black-on-Black crime or fatherlessness. In contrast, hip-hop artists like Nas, Lauryn Hill, J Cole, and Nick Cannon regularly express concern for the unborn without alienating African Americans by addressing the issue in the context of a broader concern with the state of Black life at all ages.

The Evangelical pro-life movement fails on this point. A quick review of the websites of organizations like the National Black Pro-Life Coalition reveals limited attention to the relationship between economic status and abortion rates. Organizations that have successfully reached the Black community with pro-life messages recognize this relationship. Specifically, the Black Panther Party embraced a holistic perspective of life that materialized not only in pro-life messages, but also in free breakfast programs, health clinics, and support for the community’s senior citizens.

Today’s pro-life movement generally operates with a narrow focus on abortion that restricts its ability to understand and engage the relationship between abortion, poverty, racism, and access to healthcare. The racial disparities in abortion rates stem not from different attitudes toward the procedure, but the material conditions that vulnerable populations experience. A 2005 study by Rachel Jones and Jenna Jerman in the American Journal of Public Health found the highest abortion rates among women who live below the poverty line. Financial security factors into almost three-quarters of abortion decisions, according to recent survey data. The Black community experiences poverty almost three times as much as White America. Undoubtedly, these economic factors play a key role in the disparities in abortion rates. Yet, the pro-life movement rarely gives them equal attention to topics like Sanger’s ties to the eugenics movement.

A firm belief in the sanctity of life motivates the pro-life movement’s zeal in the fight against abortion. However, if it desires to make inroads in the Black community, the movement must demonstrate equal concern for the quality of life that African Americans experience. African Americans face the lowest life expectancy of any racial group in the country. They face disparities in education, health care, criminal justice, employment, home ownership, and income. Black mothers are all too aware of the greater potential for a poor quality of life for their children in the United States. Regardless of their appreciation for the sanctity of human life, or perhaps as a result of it, they choose three times more often than White mothers to not bring their babies into a society that devalues them, believing abortion to be the lesser of two evils.

Toni Morrison’s Pulitzer Prize-winning novel Beloved tells the story of Sethe, a mother wrestling with guilt for killing her two-year-old daughter. When explaining her decision to kill her child, the mother explains that killing her daughter was the only way to keep her away from the horrors that she would have eventually experienced at the hands of America’s vicious legacy of white supremacy. She argues, “It ain’t my job to know what’s worse. It’s my job to know what is and to keep them away from what I know is terrible. I did that.”

As Christians, we value unborn lives because the Bible teaches that all human life bears God’s image. If we are to model Christ, we must speak out against the myriad of ways in which America devalues life, including abortion, poverty, and mass incarceration. We cannot be content to focus on one area like abortion, but we must demonstrate the radical value that Christ places on human life in all of its manifestations. Only when we do this, can we truly claim to be pro-life.

Theon Hill serves as assistant professor of Communication at Wheaton College. Nicole Miller is a recent Wheaton graduate, who is preparing to enter law school in the fall.