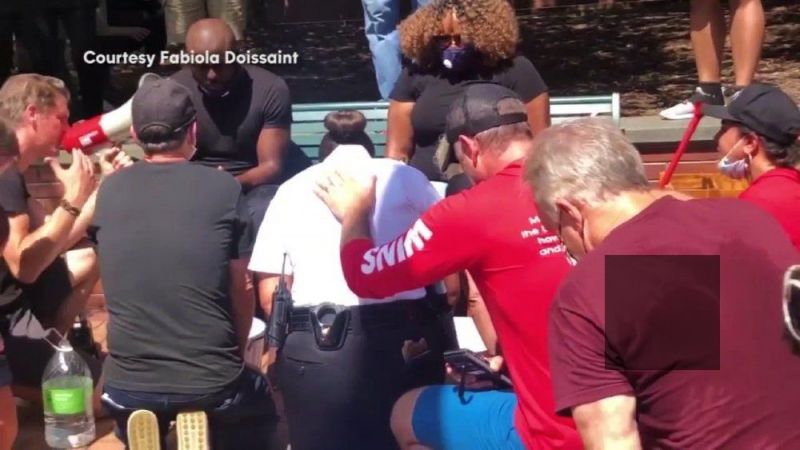 A group of White police officers joined civilians in an show of humility by taking a lead from the Bible and washing Black protesters’ feet in North Carolina on June 6.

Here’s an example of true healing playing out in a very biblical sense — a group of white police officers and other community members came together to wash their black brother’s and sister’s feet … and asked for forgiveness.

Check out this moving scene that was captured Saturday in Cary, North Carolina … where, during BLM demonstrations, a handful of white folks came together to clean the feet of black religious leaders, while offering a prayer repenting for the sins inflicted on black people at large.

The publication shared a photo by Ian Miles Cheong that has gone viral.

Yahoo! News reports that the community event was organized by Faith and Soboma Wokoma, founders of Legacy Center Church.

The Bible recounts how Jesus washed his disciples’ feet. Christians argue that Jesus by washing his followers feet, he was setting an example of servanthood and humility for them.

A similar event in Houston also caught wide public attention when White Christians knelt in prayer before Black believers to apologize and ask for forgiveness for racial injustice against Black communities. Read about it and watch the video here.