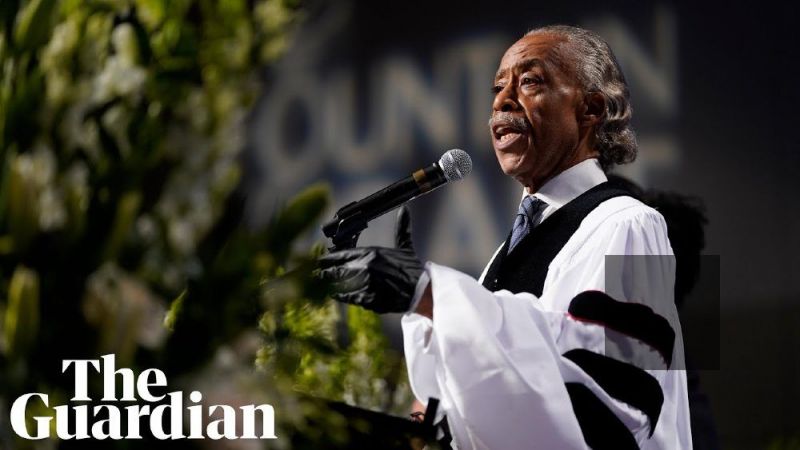 Internet searches for the biblical phrase “wickedness in high places” spiked after the Rev. Al Sharpton mentioned it several times during George Floyd‘s funeral on Tuesday.

Reverend Al Sharpton also told the service in Houston that Trump‘s efforts to stop the protests with force, including the use of rubber bullets, rather than seek justice for abused citizens suggests Trump is signalling to police officers that they are above the law.

“We are fighting wickedness in high places!” Sharpton thundered, uttering the phrase repeatedly as he accused Trump of “scheming on how you can spin the story rather than how you can achieve justice.”

“You take rubber bullets and tear gas to clear out peaceful protesters and then take a Bible and walk in front of a church and use a church as a prop? Wickedness in high places,” Sharpton said.

As funeral attendees applauded, Sharpton berated the president for failing to directly address how a Minneapolis policeman pressed his knee against a handcuffed Floyd’s neck for eight minutes and 46 seconds until well after Floyd’s body went limp.

Trump did phone the Floyd family to offer his sympathy, and he has described the 46-year-old’s death as a “terrible thing” that “should never have happened.”

‘Wickedness in High Places’ in the Bible

The phrase “wickedness in high places” occurs in the New Testament section of the Bible.

In his letter to the church at Ephesus, the Apostle Paul states in 6:12:

King James Bible: “For we wrestle not against flesh and blood, but against principalities, against powers, against the rulers of the darkness of this world, against spiritual wickedness in high places.”

New International Version: “For our struggle is not against flesh and blood, but against the rulers, against the authorities, against the powers of this dark world and against the spiritual forces of evil in the heavenly realms.”

In this passage, Paul was referencing what Christians term “spiritual warfare.” The full context of his comments fall between Ephesians 6:10-20.

Watch the Rev. Al Sharpton’s remarks at George Floyd’s funeral in the video below.