Women Church Planters Hope to Give Christianity a Fresh Start

Women Church Planters Hope to Give Christianity a Fresh Start 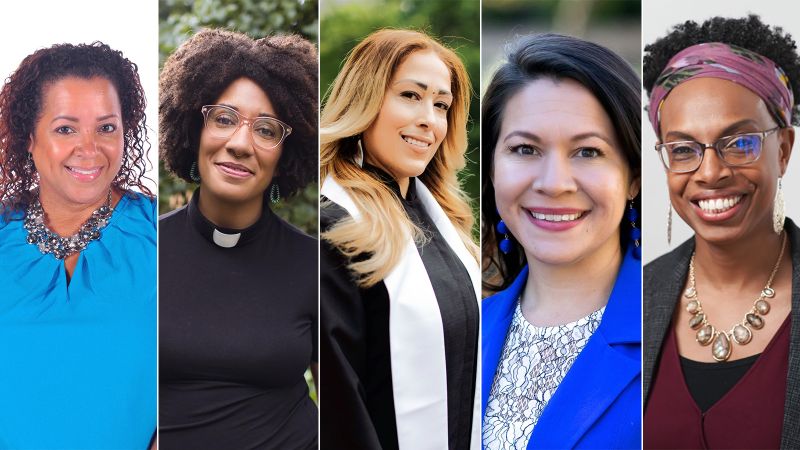 (RNS) — The Rev. Liz Rios has a simple philosophy of ministry: What God wants her to do, she’ll do.

“I’m from the school that if God called me, can you please get out the way?” said Rios, a longtime Pentecostal pastor and president of Passion2Plant, an organization that trains pastors on how to start new churches.

That sense of God’s call has sustained Rios through more than 30 years of ministry as pastor of startup congregations known as “church plants.”

In that role, Rios is an outlier in a world primarily populated by eager young, White men, many of them mentored by megachurch pastors and backed by evangelical Christian church planting groups such as the Send Network, Acts 29 and Exponential, or by denominational support programs, also led largely by White men.

With Passion2Plant, which began training its first cohort of church planters this summer, she has joined a small but growing number of women of color who are trying to open up more opportunities for women to lead.

Many of the traditional networks, due to their theology about gender, only back male pastors. And while they encourage new churches to include women in their core startup groups, those women often serve behind-the-scenes with little decision-making authority.

Yet, said Rios, “Without women, most churches wouldn’t function. Unfortunately, they get sidelined to the kitchen or to Sunday school teaching, but never to pulpit ministry.”

Church planting networks face the same host of challenges other religious institutions do today — COVID-19, political polarization, a lack of trust in organized religion, and growing diversity — as well as the challenges of any other nonprofit. They know they have to adapt, said Dennae Pierre, co-director of the Crete Collective, a new church planting network that starts churches in communities of color.

But Pierre, who co-planted a church in Phoenix with her husband and has held leadership roles in several networks, said that established leaders often fail to include the very people who can help them negotiate the changing culture.

“I’ve been seeing a lot of think tanks and strategy sessions in hopes of new ideas emerging,” she told Religion News Service. “But so often the people invited to the table are the same people who have always been at the table and the methods for making decisions and spending money also haven’t changed. Some of the best work is emerging among the leaders we exclude and dismiss.”

Pierre said traditional church planting models look for charismatic leaders who can attract new worshippers and quickly build a sustainable new church. They value people who are skilled at attracting followers and don’t always rate a person’s character or their ability to help those followers grow to be more like Jesus. Many new churches, she said, end up replicating some of the unhealthy cultures of those older churches.

Instead, Pierre said, women of color are “thinking very creatively about how to heal the church from false images of Christ or the gospel and really pushing us to change our leadership practices so that we look more like Jesus.”

Nilza Oyola-Diaz, executive director of City to City Miami, part of the City to City church planting network, said that women leaders can play a key role in restoring trust in institutional religion.

A former nonprofit executive, Oyola-Diaz was a volunteer leader at a church in New York’s Bronx borough that was being “replanted” — a term for reviving an aging congregation by attracting younger members. After several years, the pastor who was replanting the church moved and suggested that she take over as the new minister.

One of the first changes she made was to identify and develop lay leaders in the church. “I thought it was important that the church not be top down,” she said. “The pastor cannot do everything.”

Three years later, she has turned the church around.

Women have long been involved in building new churches, of course, but most often as the wife of a church planter. Church planting networks traditionally overlook these women, who face many of the same pressures their spouses do, said Denine Blevins, executive director of Parakaleo, a ministry that trains and supports women involved in church planting.

“They don’t have anyone they can confide in, because everyone is looking to them to provide all the answers,” she said. “So, they lose that sense of community and that safe space to process.”

That can lead to a sense of isolation and a lack of control, said Blevins.

With fewer churches opening, and a church planting infrastructure that still favors men, women church planters also feel tremendous pressure to succeed, lest they not get another chance.

Not every church needs to last forever to be successful, however.

The Rev. Kimberly Deckel, rector of All Souls, a start-up congregation in Phoenix in the Anglican Church of North America, spent a year and a half planning with her friend and associate rector, the Rev. Andrew Stravitz, along with other core members  — sharing meals, reading books, hammering out their mission and vision.

“We had no idea what was coming,” said Deckel.

A year and a half later, with another surge of COVID-19 looming and the church leadership worn thin, the church announced plans to close down. It could have kept going, Deckel said, but not in a healthy fashion.

Deckel has taken a call with Church of the Cross, a 6-year-old church in Austin, Texas, where she will be executive pastor. She plans on moving in the coming months.

Still, she said, the ministry at All Souls was not in vain. The church did important work in its shorter-than-hoped-for lifespan — offering a spiritual home in trying times to people who had been far from the church and becoming involved in issues of racial justice.

“The Lord is gracious in that during the couple of years or so leading up to our official launch, we really were able to build a relationship with our people,” she said. “So we didn’t feel like people fell through the cracks during the pandemic.”