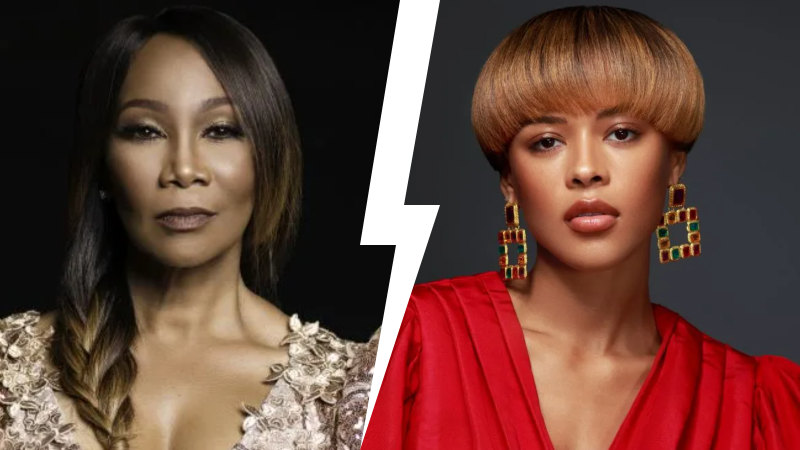 BET+ has cast Yolanda Adams and Serayah as leads for its upcoming “Kingdom Business” series, which promises to highlight the sacred and scandalous aspects of the gospel music industry.

Adams stars as Denita Jordan, the reigning “Queen of Gospel” — reflecting a title held by the award-winning veteran artist in real life, while actress/model/singer Serayah portrays Rbel, “a talented up-and-coming gospel star with a troubled past who threatens Denita’s crown,” according to a press release.

Seemingly a cross between “Greenleaf” and “Empire,” the “Kingdom Business” series centers on an in-house music label run by Adams’ character (Jordan) — who also happens to be a first lady. In addition to protecting her musical status, Jordan “is determined to guard her family and its many secrets at all costs.” However, generations clash when Serayah’s star starts to rise and her former life as an exotic dancer, presumably, threatens to upend her newfound status as the future sound of gospel.

“Kingdom Business”’ was created as a music-driven project, so performances by the leads are to be expected, as are special guest appearances. So far, the guest list includes: Tamar Braxton, La’Miya Good, Aspen Kennedy, Kiandra Richardson, Kajuana Shuford Marie, and Sam Malone.

Fans eager to watch the faith and fame-centered drama unfold will have to wait until next year, as “Kingdom Business” is currently filming in Atlanta. If early details are accurate, the premiere episode will be titled “One Moment From Glory.”

Casting news for “Kingdom Business” comes just months after the release of “Favorite Son,” another gospel music project by BET+. That movie starred Jonathan McReynolds and Rotimi as the gospel singing sons of an overbearing megachurch pastor.