You’re Good Enough and God Loves You, ‘If You Could See as Jesus Sees’ Author Tells Women

You’re Good Enough and God Loves You, ‘If You Could See as Jesus Sees’ Author Tells Women 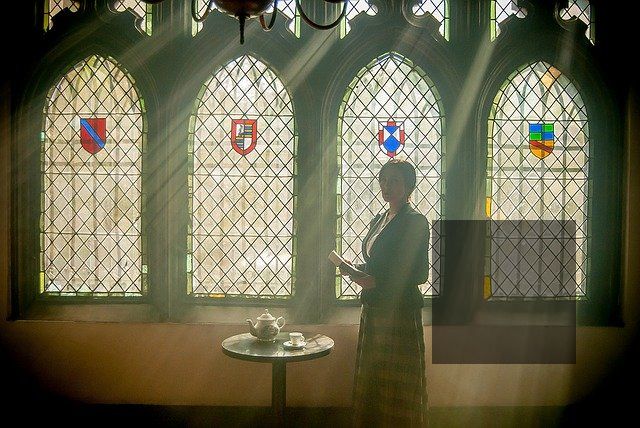 In the transcript that follows, Oates goes into more detail about the book and explains some of the underlying issues to these negative feelings that some women struggle with. The interview was originally conducted via phone Jan. 15, 2016.

FM: Can you share a little about your work and also how the subject you tackle in the book reflects any of your own personal story?

Oates: The subject of the book, If You Could See as Jesus Sees, it was originally designed for women with self-esteem, self-image issues and body image (issues). But as I got into it, I realized, you know, this is a book for all of us. This is a book for the everyday woman because we all struggle with insecurities. We all struggle with low self-esteem from time to time. You know, you hop on Facebook and suddenly you feel lonely. You feel like everybody’s…like Mindy Kaling says, ‘Is everyone hanging out without me?’ You feel like everybody has a best friend. You feel like everybody’s more successful than you, prettier than you, has a better job than you and our self-esteem just starts to plummet. So as I started writing this, I realized this isn’t just for women with self-esteem issues. This is for the everyday woman who just feels less-than.

FM: What are the some of the underlying reasons for these feelings, like shame or self-loathing or inadequacy? What do you think are some of the core issues?

Oates: Some of the core issues…self-loathing, which really goes back to negative self-talk. A lot of women, we…one day we look in the mirror and we don’t like our hair, we don’t like our nose, we don’t like our hips. And then it snowballs into really talking down to ourselves and it becomes habitual and then that self-talk turns into really starting into hate and reject ourselves. I talk about the issue of shame, whether it is past regret, past mistakes. Shame about who we are at our core. And then almost really rejecting the redemption that Christ offers us.

I talk about inadequacy, you know, not feeling like we are enough. And not accepting who God made us and not accepting His love. I talk about…this is a big one, but feeling incompetent. You know, not embracing the talent that God has given us. This is a huge one for me. Something that I struggle with a lot because I’m a huge achiever. I can do well. I’m always setting the bar higher and higher for myself and just never feeling like achievement or success is enough. You know, God calls all of us to use our talents well. Not for our own glory, but to further His kingdom. So I talk a lot about that.

FM: Early on in the book, you point to the fall and Eve. How does that tie into what you say women today experience?

Oates: You know, a lot of people have asked me, ‘Where does this stem from?’ We can all look back to our own childhood, maybe the first time a schoolmate called us fat or we didn’t get invited to the cool party or a parent said something to us that really stuck with us. But if we want to really trace it back, we can go back to Eve. And I always think about, it went back to one action. It went back to one lie she believed, one temptation where she took the bite of that apple and I think about how much regret she must have felt.

I try to really sit and be still and be quiet and put myself in her shoes and how much shame and regret she must have felt. In one moment, she altered the course of history for all of mankind and the weight and the burden she must have felt. Then to watch all of paradise unravel because of something she had done. Not only her own life, her own marriage, her own relationship with God came undone, but then she had to watch it play out between her two sons and watch the struggle between Cain and Abel, and knowing ‘It’s all because of me. It’s all because of what I did.’ And I try to talk about in this book, just telling women to give themselves grace. You know, not beating ourselves up. I wonder how much Eve gave herself. Did she beat herself up for the rest of her life over what she did, or did she embrace grace that God gave her?

So I think that’s really where it stems from, is Eve. She was, you know, our original foremother who made this mistake. How much grace did she give herself? Because I don’t feel as women we give ourselves enough grace for the mistakes we make.